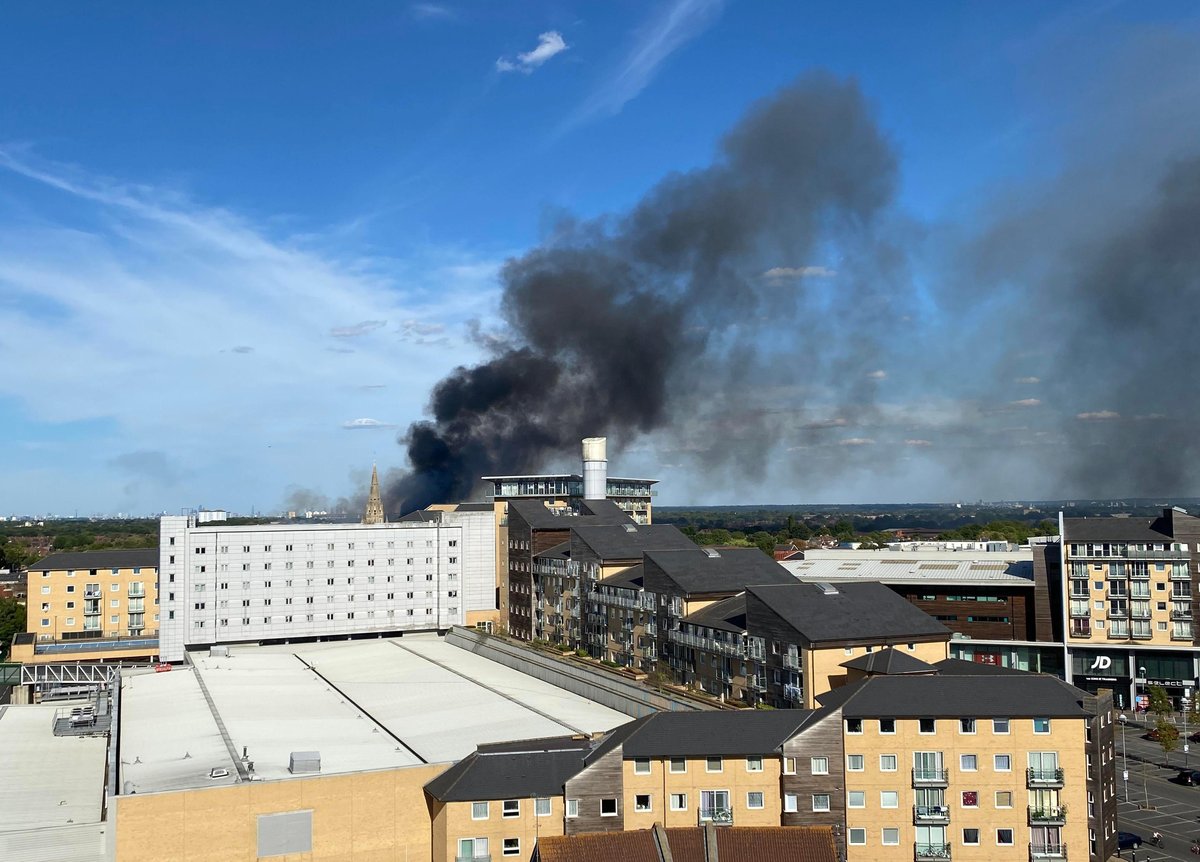 Dozens of firefighters saved around 30 homes as they tackled a fire involving trees, hedges, bushes and floors in west London.

The London Fire Brigade (LFB) said 10 fire engines and about 70 firefighters were called to the fire on Hereford Road in Feltham at 4:35pm on Sunday.

About 60 residents had to evacuate their homes due to the amount of smoke.

“Their hard work has saved about 30 homes on Hereford Road.”

A fleet of drones helped the crews identify further hotspots in the surrounding woodland.

The cause of the fire is unknown at this time.

Avni Dudhia, 32, said: ‘For about 40 minutes at least it was just flames and lots of thick black smoke.

“It’s definitely scary because you can see how quickly the fire spreads through the trees to the right, so much smoke.”

Justin Fields of the Bears is in a happy place

Roseanne is back on the air with a new TV appearance

Homes that sold for around $1.5 million