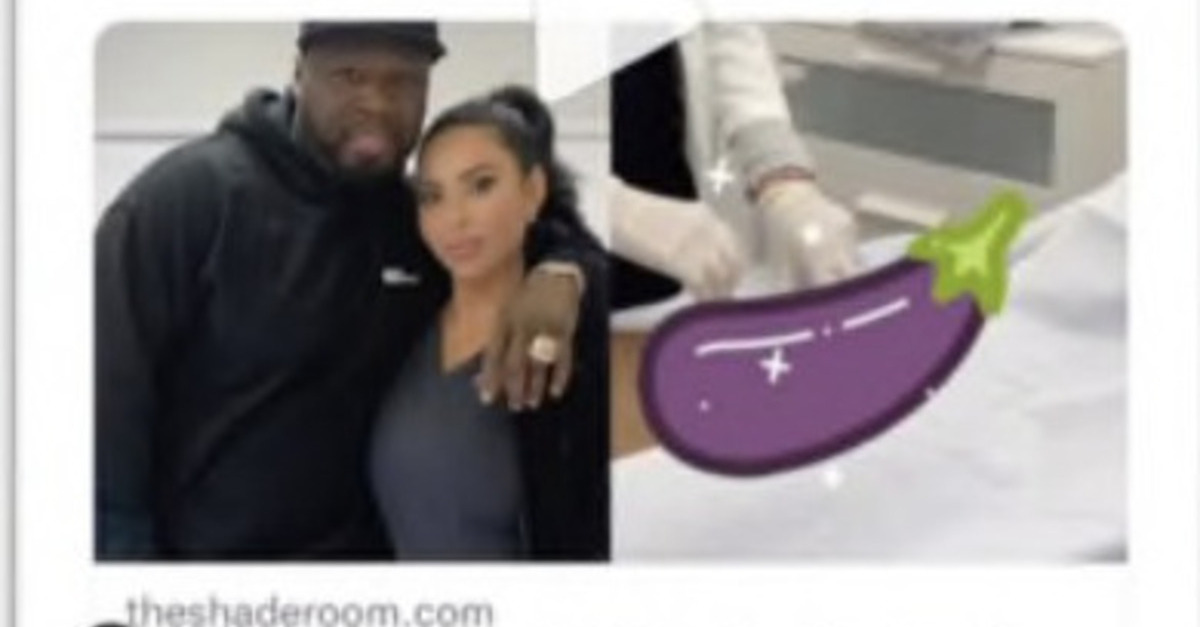 Curtis J Jackson IIIthe rapper popularly known 50 centswill be able to continue his lawsuit against a medical spa that used his photo on social media as endorsement for penis enlargement surgery.

According to the Jacksons Complainthe was in Sunny Isles Beach on February 1, 2020 when Angela Kogan, the owner of Perfection Plastic Surgery & MedSpa, asked for a selfie with him. Jackson posed with Kogan against a backdrop that read “PERFECTION MED SPA,” although Jackson said at the time he believed Kogan “just wanted a picture with him [him] solely for her own private pleasure.”

Later that day, however, Kogan posted the photo to both her public Instagram account and Perfection’s public account, along with a caption: “Thanks @50cent for stopping by medical spa number one” and with the hashtags ” #50cent #bhperfectionmedspa #perfectionmedspa #medspa #celeb #vip #facial #laser.”

This photo, which Jackson attached to his lawsuit, is shown here.

Jackson claims that over the following year, Kogan posted the same photo to the social media accounts five times, each time without Jackson’s permission.

Jackson further alleges the following: On August 17, 2022, a celebrity gossip outlet called The Shade Room published an article titled, “Penis Enhancements Are More Popular Than Ever and BBLs Are Dying: Cosmetic Surgery CEO Angela Kogan Talks It.” The article had been pitched by Kogan’s publicist, and on the day it was published, Kogan republished the article and a photo with Jackson, this time with a side-by-side close-up of a medical provider believed to be performing a penis enlargement procedure a patient whose face is not visible and whose genitals are obscured by an eggplant emoji.”

The side-by-side photo can be seen below:

Kogan also posted a video that scrolled through the article and photo with Jackson, with links to the story. A quote from Kogan appears during the video, in which she says, “Right now we’re seeing a big shift in men who are going through plastic surgery. . . [m]de have really improved and are operated on more often than we think.”

In November 2022, Jackson continued to post about the case Instagram. Jackson wrote, “yeah my d_ck is a BIG DEAL going to trial in July no improvement needed these fools put themselves out of business.” SMH #bransoncognac #lecheminduroi

Kogan moved to have all charges dismissed, and Scola denied the request in an 11-page order. Now all claims will be deferred towards court proceedings.

US District Judge Robert N. Scola, Jr., a Barack Obama Representative, reigns Monday that Kogan’s video was “fatal” to her motion to dismiss.

[The defendants] Weakly argue that Jackson consented to the photo being uploaded to Instagram without mentioning Jackson’s consent/non-consent to the screenshot video and the promotional value it undoubtedly had. This omission is fatal. Both the tweet and the article appearing in the video posted by the defendants undeniably place Kogan’s photo with Jackson alongside images and text promoting penis enlargement surgery and the defendants’ business.

Because Jackson argues that he did not consent to anything other than the private use of a photo, and because the Instagram posts clearly imply Jackson’s endorsement, some of his claims could be made against Kogan and her spa.

As for the false claim, Kogan tried to argue that her postings didn’t actually show Jackson endorsing her spa’s services since her services weren’t specifically mentioned in the photos.

Scola made short work of that defense, writing, “This is just plain wrong.” The judge continued, “As the saying goes, a picture is worth a thousand words,” stating, “This one in particular depicts a global celebrity besides Kogan, with the MedSpa name repeated throughout the background.”

In his complaint, Jackson sought unspecified compensatory and punitive damages. A hearing date for July 3, 2023 is set for the case.

Kogan’s attorney did not immediately respond to a request for comment.

Nvidia GeForce RTX 4070 Ti: everything we know about the rumored graphics card

How to make every level 3 sandwich in Pokémon Scarlet & Violet

What the articles say – July 21

South Philadelphia shooting: 18-year-old killed while riding in SUV with brother in Philadelphia