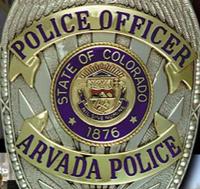 The body of a man was found on a sidewalk in Arvada on Tuesday morning, police said.

A passer-by spotted the man at the 9800 block of West 58th Avenue near a bus stop around 8 a.m. Tuesday and called 911, police said. Rescuers found the man dead at the scene.

An investigation is underway.

https://news.detroitdailynews.com/2023/01/17/mans-body-found-on-arvada-sidewalk-near-bus-stop/ A man’s body was found on the Arvada sidewalk near a bus stop

FBI agents will NOT seek the death penalty for Patrick Crusius, the El Paso Walmart shooter who killed 23 people

Mermaid South Africa or Kenya Video on TikTok: Is it Real?