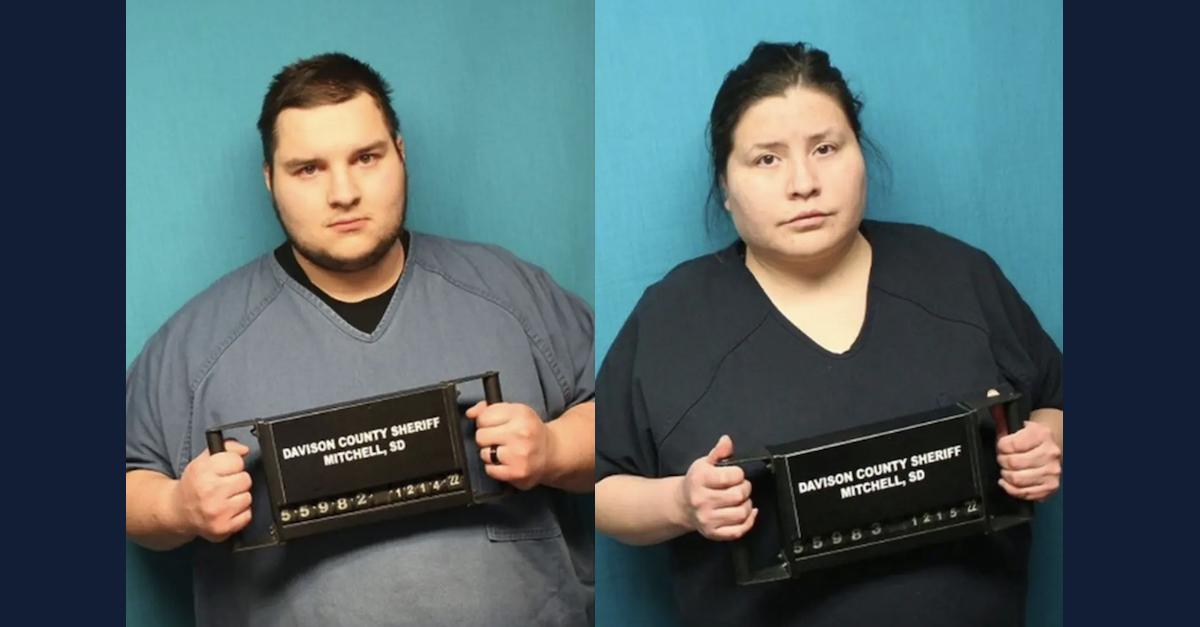 A Washington state couple allegedly took their daughter’s body on a cross-country road trip — about three months after her death — because they “wanted to spend more time with her,” police say.

Aleksander Kurmoyarov28 and Mandie Mueller33, is now accused of failing to notify law enforcement about a child’s death in a case, according to Spokane, Washington CBS subsidiary KREM.

The couple hails from the town of Airway Heights, just outside of Spokane. The police there had previously issued an arrest warrant on suspicion of homicide.

They were arrested by police in Mitchell, South Dakota on Thursday.

The boyfriend and girlfriend were reportedly on the radar of law enforcement in the area after the Davison County coroner called the Mitchell Police Department and said their office had been in contact with them. According to MPDThe coroner said, “He was contacted by individuals who said they were traveling to Pine Ridge from Washington State with their late daughter.”

The next day, officials located Kurmoyarov and Miller in Mitchell. According to police, they were inside an apartment building with a U-Haul parked outside. When confronted by law enforcement, the couple reportedly volunteered that the U-Haul contained a coffin containing the body of Miller’s “teenage daughter.”

While the couple reportedly opened up about the contents of the trailer, they were reportedly unclear when the girl died.

“During an interview with Kurmoyarov, he stated that the youth died in Airway Heights just before Halloween 2022,” the MPD claimed in a press release. “Miller told investigators that her daughter died on September 10, 2022.”

Police claim Kurmoyarov would go on to admit that neither he nor his girlfriend sought medical attention for the child when she died because “he and Miller wanted to spend more time with her and he was afraid they would get in trouble”.

“Miller and Kurmoyarov have been in South Dakota for about 4 days and specifically in the town of Mitchell for about 2 days,” the MPD wrote on Thursday, December 15, 2022. “Miller was not in the state of South Dakota or Kurmoyarov law enforcement at any time inform of the death of the youth.”

The girl’s name has yet to be released.

Authorities later learned that the deceased was Miller’s adopted daughter. Her cause of death is currently unknown.

Search warrants were being executed at the couple’s home in Airway Heights late Thursday afternoon, according to a KREM reporter Kyle Simchuk.

They are accused of failing to report the death of a child to law enforcement. Airway Heights PD and Major Crimes Detectives are outside the couple’s home executing search warrants. pic.twitter.com/QNlDPJmbbh

According to a detective, the girl is likely to undergo an autopsy, Simchuk said via twitter.

The investigation should continue.

Spicy vs sweet vs sour

Zach Bryan is coming to Pennsylvania