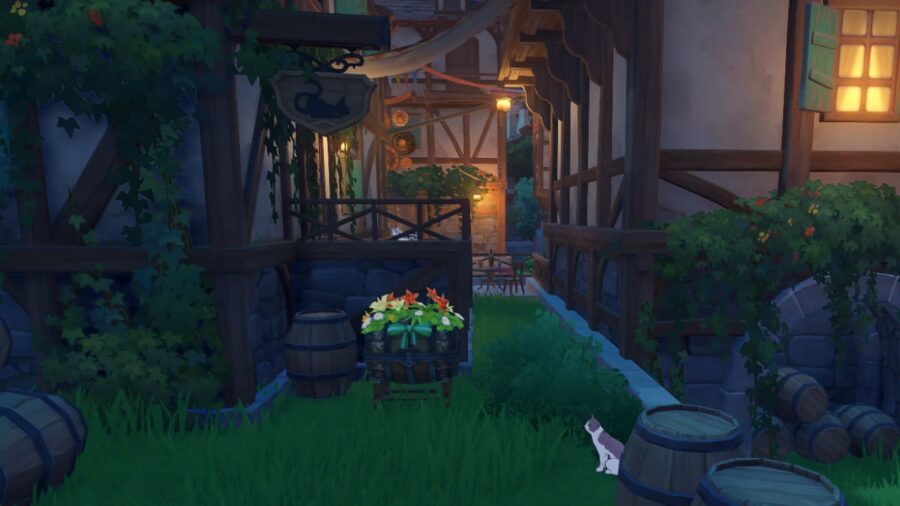 Fecund Blessings is one of the four activities you can enjoy in the Genshin Impact Of Ballads and Brews event celebrating the Grape Harvest Festival, one of Monstadt’s most important holidays. The event runs from 09/29, 2022to October 17th, 2022while you can exchange Festive Fever rewards to October 24th, 2022.

In Fecund Blessings you can collect fruit baskets hidden by NPCs near Monstadts. These look like barrels decorated with flowers and are essentially chests – looting them will give you loads of rewards, including furniture to decorate your shop with.

To unlock Fecund Blessings you need to complete the first event quest called Sounds From Afar. Once this is done, you can unlock the next called event quest Fertile basket by going to the Bountiful Blessings section of the Event Menu. It’s about talking to Sister Annette in Springvale and then unlocking the Fertile Blessings activity.

Where to find all 8 Fecund Hampers in the Genshin Impact Of Ballads and Brews event: When the Music Sounds

There are three Fecund Hamper hunting sessions, and this guide will cover the first round called When the music sounds. Refer to the image below for all of the Fecund Hampers’ locations, and read on for a more detailed breakdown of where to find them.

Related: How to secure funds for the Genshin Impact Charity and Creativity Challenge – Of Ballads and Brews event

The first Fecund Hamper is near the stage in Springvale.

The second Fecund Hamper is located by the small lake in Springvale.

The third Fecund Hamper is on a cart next to a house in Springvale.

The fourth Fecund Hamper is located next to the Cat’s Tail Bar south of Monstadt City.

The fifth Fecund Hamper is located at the foot of the famous Barbatos statue in front of Favonius Cathedral in Monstadt City.

The sixth Fecund Hamper is located behind Angel’s Share Bar in Monstadt City.

Prepare for a climb! The seventh fruit basket is on the roof of Favonius Cathedral in Monstadt City.

The eighth Fecund Hamper is located right next to Ellin in Monstadt City.

Read our guide on how to manage charity booths in the Genshin Impact Charity and Creativity Challenge – Of Ballads and Brews event to unlock numerous rewards.

Biggest rail strike in decades brings UK to a standstill: Just one in 10 services will run today

How many episodes does TMNT Shredder’s Revenge have?

How to make the event