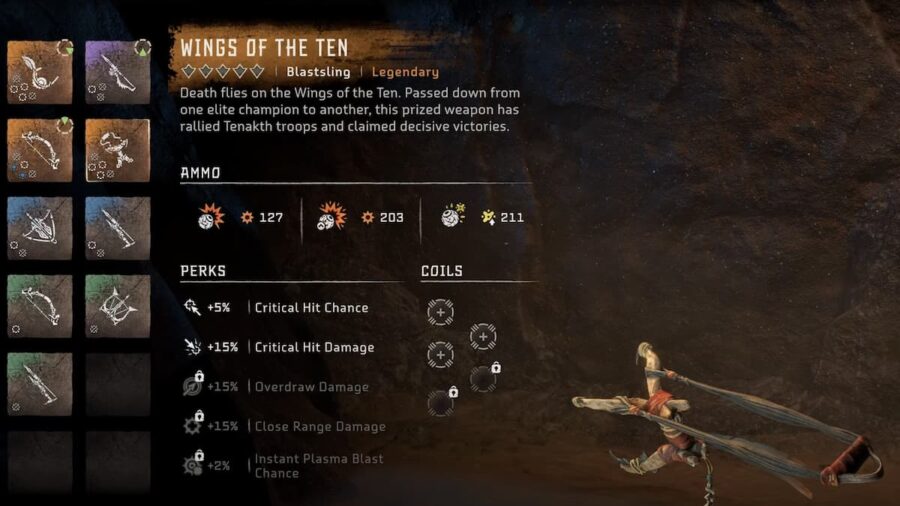 Of the many collection sets that players can find in the world of Horizon Forbidden West, the Black Boxes offer an additional piece of lore. These are the last footage of the soldiers who fought the Faro Plague to give Zero Dawn enough time to make GAIA fully operational. Players can find the Collector Untalla for these Black Boxes in the Memorial Grove in Tenakth Lands.

This first black box is in no man’s land near the top of the next cliff. It will be in the top half of an airplane behind an electric door. Aloy has to pry open the door to find the black box and a green level crate.

Southwest of Plainsong, players can find this black box on top of a small cliff. It will be in a tight corner filled with debris. Players must use the pullcaster to access this black box.

Players cannot access it until they obtain the Rebreather from Poseidon’s main quest. It is located underwater at the extreme southern end of the neutral lands covered by the Utaru. Pry open the door to reach the black box.

Northeast of Plainsong, players will find this black box behind the tendrils of the metal flower. To open this area, players must obtain the Vine Cutter from the Seeds of the Past main quest. Players must find a power cell in the grass to power the shredded plane’s upper cabin.

Related: What do you get in the in-game resource pack in Horizon Forbidden West?

Far north of Scalding Spear, players can find Bleeding Mark. East of the nearest Hunter Ground, players can see the top half of the plane embedded in the cliff. Use the pullcaster to jump up there, pry open the door and the Black Box will be right inside.

In the northwest of The Stillsands, players can find this black box in an airplane cabin blocked by the tendrils of a metal flower. To obtain the Vine Cutter, players must complete the Seeds of the Past main quest.

The Memorial Grove is introduced about halfway through the main story, and players gain access to many trading opportunities and interesting characters through exploration and communication as they progress. At the bottom of the plane’s tail, players can use the pullcaster to pull themselves inside. It will be just past the door that Aloy can pry open.

In Salt Bite’s small camp, players can find this black box hidden in one of the structures. It will be in an airplane cabin that has been converted into a shelter. Aloy needs to open the vent in the back of the interior. Once this is done, players will find the Black Box alongside several other legendary supplies.

Related: Where do I find my way underground when searching the ruins in The Sea of ​​Sand quest in Horizon Forbidden West?

This Black Box can be found in The Raintrace between two rebel camps. Players will need the Vine Cutter from the main quest Seeds of the Past to reach the cabin of this plane. Cut the tendrils off the metal flowers to find the power cell. Then bring the power cell back to the other side of the plane and power on the door to reach this black box.

Far west of the Bulwark, players can find this black box in the mountains. There will be a small campsite. Between the shelter and the hideout, players will find the power cell they need to power the airplane cabin door just beyond the camp. If you power the door, players can reach the Black Box.

State of the Sentinels Black Box

This black box is on the rocky part of the coast north of Thornmarsh. It will be at the back of the plane. All players have to do is pull the crate out of the tail of the plane to reach the black box.

In the northern part of Landfall Island, players can find this black box. This one is super easy compared to all other black boxes, there are no weird obstacles to overcome. The plane will crash in a river, and the Black Box sits outside the plane on a moss-covered clump of rocks.

Once all of the Black Boxes are collected, players can return them to the Collector in The Memorial Grove to trade them in. Untalla will trade players for various Uncommon, Rare, Very Rare, and Legendary machine parts for each of the Black Boxes. These include a Frostclaw Circulator, Stalker Circulator, Frostclaw Sac Webbing, Large Machine Core, Dreadwing Metal Fang, Slitherfang Earthgrinder, Tideripper Tail Fin, Luminous Brainstem, Scorcher Scanning Ear, Stormbird Storm Cannon, Thunderjaw Tail, and Tremortusk Tusk.

After claiming all of these prizes, players will eventually receive the game’s iconic blastsling, Wings of the Ten. This blastsling starts with three types of ammo, two different types of explosives and the third is a glue. Without upgrades, it has the benefits of 5% critical hit chance and 15% critical hit damage, as well as three open coil slots. Up to five coil slots and three additional perks can be unlocked. These are 15% overdraw damage, 15% melee damage, and 2% instant plasma blast chance.

Carlo Ancelotti has said the player Everton want is a 'good striker'.

Fortnite Clinger Damage, Where to Find, How to Use, Tips & Tricks

GTFO – How to invite and play with friends