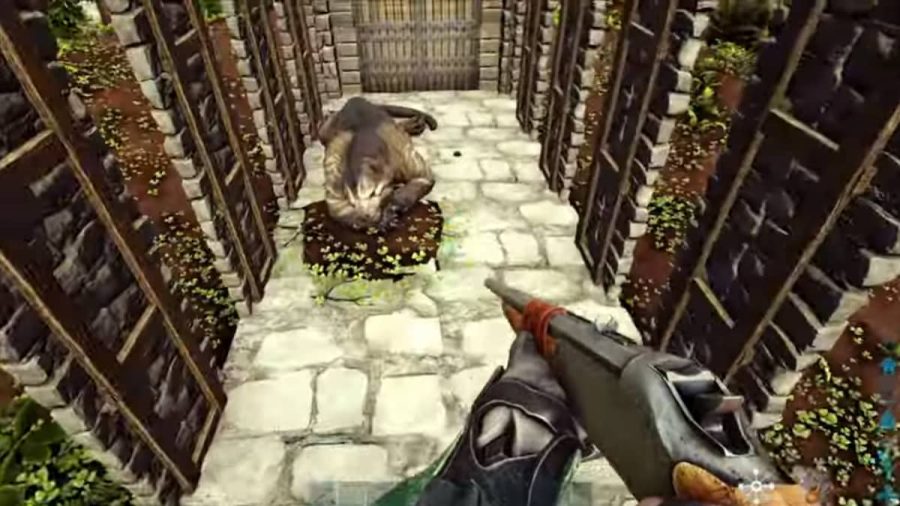 When playing ARK: Survival Evolved you will come across a large, tiger-like creature known as the Thylacoleo. Found primarily in the Redwood Forest biome, they have proven to be very powerful mounts. The Thylacoleo is incredibly aggressive and will attack anything in its line of sight. They also have the ability to climb upwards at 90 degree angles, allowing you to climb trees while on the back of a tamed tree.

How to tame a Thylacoleo in ARK

Before you can tame a Thylacoleo, you must hunt one. After finding one, set up some bear traps and head into his line of sight. Once it stares at you, you should lure it to the bear trap. Once it is caught in the trap, you should shoot it unconscious and feed it as well kibble or Raw meat by putting it in his inventory. You can use Narcoberries to make sure it stays down until tamed.

Related: All Kibble Recipes in ARK Survival Evolved – How to Cook Kibble

How to feed a Thylacoleo in ARK

Feeding one of these dinosaurs is as easy as adding food to their inventory. Thylacoleo are carnivores, however, much like Pteranodon, which means there are certain foods they enjoy more than others. We’ve listed them all below:

How to breed a Thylacoleo in ARK

In order to breed Thylacoleos, players must first ensure that they have both a male and a female and their enclosure should be large enough to house both. Players can then initiate breeding by putting the dinosaurs on Hike or by selecting the Pair Option, although it is important to note that a player must be present during the breeding process or he will stop.

The breeding interval for Thylacoleos ranges from 18 to 48 hours and once mating is successful the female Thylacoleo will be pregnant for 4 hours. After that time, players can expect to welcome a new baby Thylacoleo. As a baby, the dinosaur requires additional care in the form of food, which is placed in its inventory for 5 hours after its birth. Players should also note the imprint intervals, which take place every 8 hours to maximize the baby’s stats.

Once the thylacoleo has reached juvenile status, it can feed itself from troughs. The total maturing time for this dinosaur is about 2 days and 1 hour.

HGTV host leaks update on the future of the show

All locations of Vera’s Melancholy series in Genshin Impact

How to go viral on TikTok: Content tips and algorithmic tricks