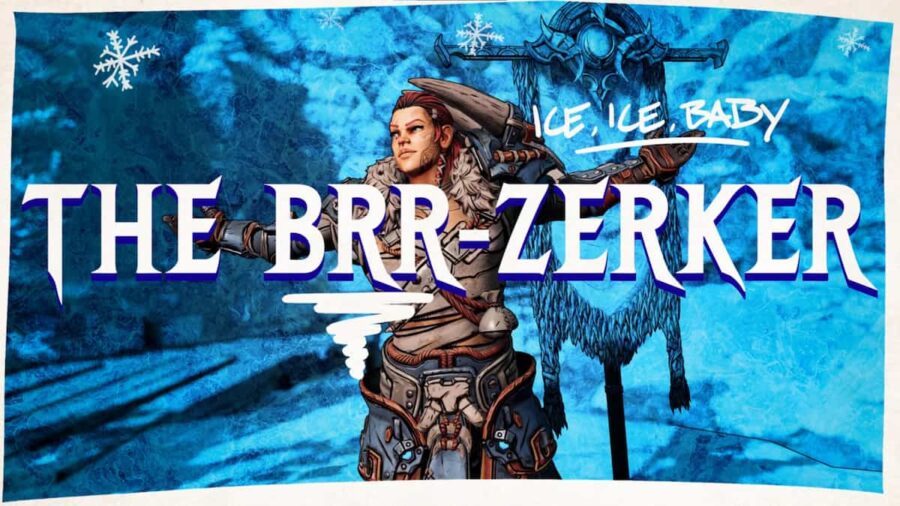 Tiny Tina’s Wonderlands has some of the best, if not the best, build crafting in the Borderlands series. With six totally unique classes that are powerful in their own right and then can be used in equally viable multi-class builds, the possibilities are nearly endless. But what about the Core Brr Zerker?

What is the best Brr Zerker build in Tiny Tina’s Wonderlands?

One of the best things about Tiny Tina’s Wonderlands and build crafting is that upon reaching level 40, players will have enough skill points to completely fill out a class tree. So for a pure Brr Zerker build, fill out this skill tree! This build is all about dealing lots of frost and melee damage. So freeze those Skellymans and get nice and close for the final punch.

The core of this build focuses on Frost damage. Therefore, equipment that increases Frost damage will be key. These include enchantments that can be rerolled at the Blacksmith or Chaos Chamber. The idea is to hold enemies and freeze them for big damage points. Using this method, Fate Makers can shred any enemy that is not immune to Frost damage.

Since the action ability and spell have a cooldown, it’s important to have a weapon that deals frost damage and can freeze enemies. Specifically, Hyperius SMGs and shotguns are doing very well in this regard. They offer a high rate of fire and will freeze most enemies almost instantly.

It’s also recommended to have some weapons that don’t deal elemental damage to enemies with Frost resistance. They are rare, but if encountered without a weapon that deals anything other than Frost damage, they will end this build. I recommend everything from black powder, especially the pistols. They deal an obscene amount of damage, and since they lack an element, they are equally biased towards all enemies.

All dangerous TikTok challenges you need to report in 2022

How to Connect Twitch to Discord (Step by Step Guide)

All locations of Mokoko Seeds in Rania Village in Lost Ark

5 words ending in HER – Wordle Help

How to disable ads in Street Fighter V