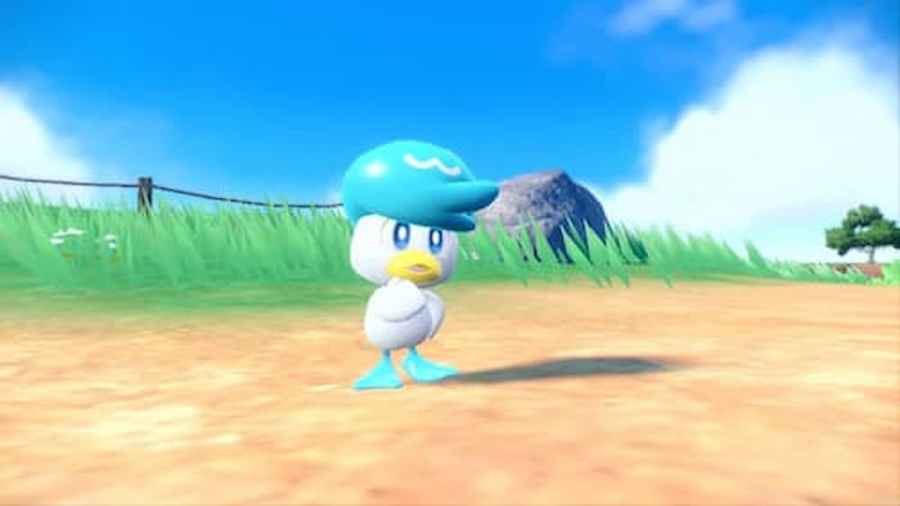 Image via The Pokémon Company

A Pokémon’s nature affects how quickly and slowly a given stat grows as it levels up. For example, when a Pokemon is Lonely, its Attack stat grows 10% faster, while its Defense stat grows 10% slower.

In Scarlet and Violet, choosing the right Nature for each of your Pokemon will help you use them better in battle and create powerful movesets with the introduction of Tera-types. With that in mind, here’s the best nature for Quaxly.

What is the best nature for Quaxly in Pokemon Scarlet & Violet?

Quaxly mostly has an even distribution of points across his stats, with the exception of Attack, which is his highest value stat. However, Quaquaval, its latest evolution, has a signature move called Aqua Step. Aqua Step increases speed with every use. As such, Jolly is a great being for that too.

Related: All Pokemon confirmed for Pokemon Scarlet and Violet

How to choose the best nature in Pokémon Scarlet & Violet

To choose the best Nature for your Pokémon, look at its base stats. Each Pokémon species has a fixed value (1 to 255) for each of its stats. Find it highest base value and choose a nature that makes that particular stat grow faster.

For example, Sprigatito has a naturally high base speed (65) and base attack (61). Natures like Jolly, which encourages Speed ​​growth, or Adamant, which encourages Attack growth, are good for them. Conversely, avoid natures that slow down the growth of their best stats.

Of course, which nature you ultimately choose will largely depend on your playstyle. Think about your Pokémon’s role in battle and the movesets you want to give them. An Adamant Quaxly will pack a punch if you give it a lot of physical attacks!

Sega says yakuza will no longer be called yakuza

Where to find the Eighth Giant Heart on Liberty Island in Lost Ark?