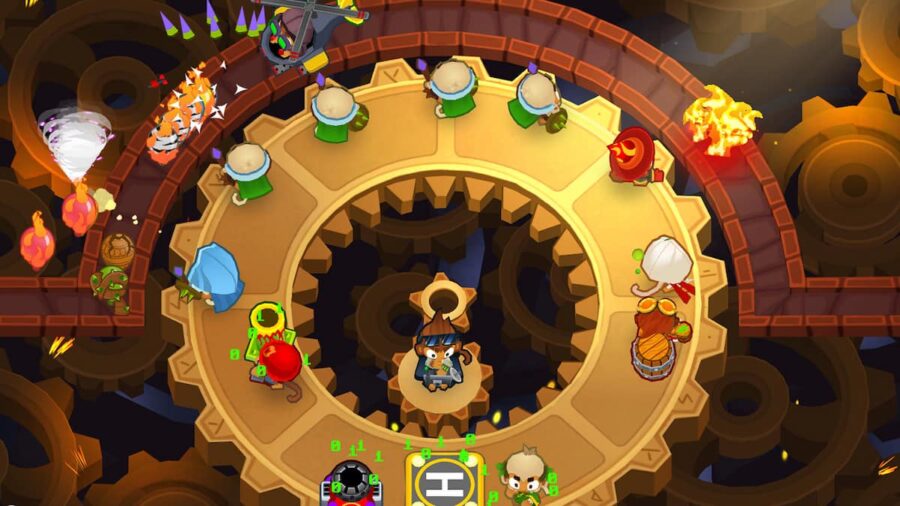 Bloons TD 6 is one of the leading tower defense games out there. Like all games of the genre, it has a lot of towers, or in this case, monkeys. But with such a variety, trying to figure out which monkeys are the best for your defense can be overwhelming!

Every other tower/monkey has specialties. For example, some towers just need to be used to thin out the Bloons herd coming your way. Meanwhile, others are needed to break camouflage and armor. Below we have listed the best towers in Bloons TD 6 along with their best usage scenario.

A very simple monkey, but one that should be on everyone’s defenses. The Boomerang has good range, a large area of ​​effect, and incredible upgrades. The ability to upgrade to either more damage, longer range, or a dedicated anti-MOAB unit makes her the most versatile monkey in the game.

Essential for any defense tier, the Bomb Shooter is your best method of taking down Lead Bloon who are otherwise undamaged. But again, this becomes either a huge area of ​​effect damage or an anti-MOAB weapon, so very versatile.

With significant consistent damage and a quick upgrade path to spot Camo Bloon, the Dartling Gunner is a must have once unlocked. To get them, score 500,000 single Bloon Pops while playing the game. However, this is not a difficult milestone.

Damage over time is something you usually think isn’t useful in tower defense games, but the Alchemist proves its worth almost immediately. This is perhaps the best support class monkey in the game as it generates income and can pop nearby monkey lead bloons.

With unlimited range and almost unlimited versatility, the Monkey Sniper is a must-have. Thanks to the infinite range, easy destruction of Camo Bloon and the ability not to clog your paths. You’re playing the game wrong if you don’t have some of these monkeys on your board.

Simple but deadly, the Tack Shooter is your all-purpose bloon clarifier. The Tack Shooter can be placed at key intersections like corners and turns, and if placed correctly and powered up well, clears bloons faster than anyone else.

Will Call Me Kat be renewed for Season 3 on Fox?

Bad Bunny's Andrea has a powerful message about women's empowerment

How to get more wildcards in MTG Arena?

How to unlock runes in Soulstone Survivors

How to delete chapters 1-10 in Survivor.io