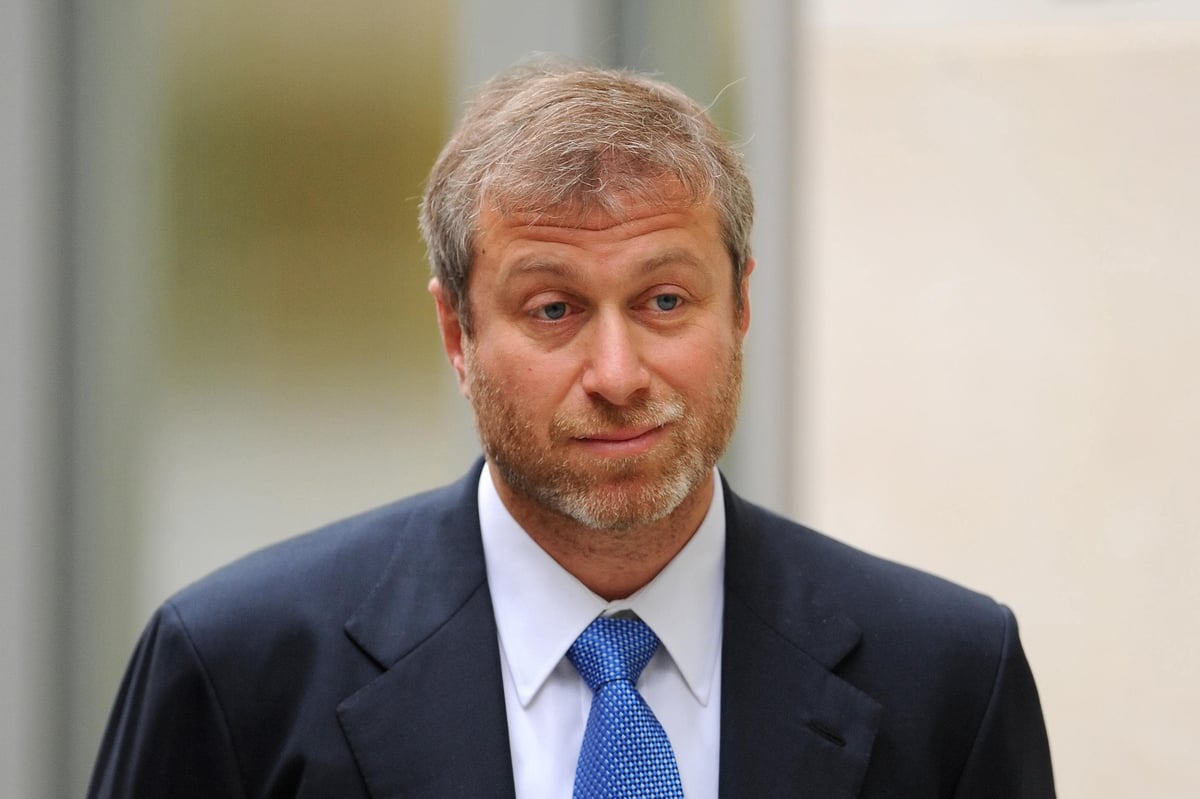 One in five Britons released from captivity by Russian-backed forces said former Chelsea Football Club owner Roman Abramovich welcomed them on their flight from Russia.

In an interview with The Sun, John Harding said Mr Abramovich identified with Shaun Pinner, while Mr Harding spoke to Mr Abramovich’s assistant, who said the Russian played a “key role” in her release.

Mr Harding is understood to have been released on Wednesday along with Mr Pinner, Aiden Aslin, Dylan Healy and Andrew Hill, and landed in the UK in the early hours of Thursday morning.

Mr Abramovich announced he would sell Chelsea on March 2 after Russia invaded Ukraine.

The 55-year-old was then sanctioned by the UK government on March 10, with Downing Street claiming to have proved his ties to Vladimir Putin.

“Shaun had a long chat with him about football and I spoke to his assistant,” Mr Harding told The Sun.

“She said Roman played a key role in getting us back. It’s quite extraordinary to think he was involved – and I couldn’t even have told you who he was just by looking at him.

“He’s very well respected by the Ukrainians and now massively by us too – he’s done a hell of a lot for us and we can’t thank him enough.

“He was a solid guy, a really lovely guy. He’s a legend – we absolutely love him and I’m so grateful for his efforts.”

Mr Pinner’s family said he was “in good spirits” and “looking forward to a steak and glass of red wine” upon his release.

A court in the self-proclaimed Donetsk People’s Republic sentenced Mr Pinner and Mr Aslin to death in July.

They had both lived in Ukraine for several years and were serving in the regular armed forces when full-scale war broke out.

“Shaun would also like to thank the Saudi government for the hospitality and Prince Mohammed bin Salman al Saud, who also helped negotiate his release.

“It is a very emotional time, as you can expect, and we are currently unable to fully discuss all the details so early in its release. It has been a distressing time for Shaun and our family who have now found such a happy resolution. Shaun is in good spirits and still has his sense of humor intact. He’s looking forward to steak and a glass of red wine tonight.

“We are now enjoying some family time and would appreciate privacy at this moment.”

A photo released by the Foreign Office appeared to show a beaming Mr Pinner with loved ones.

Three of the British nationals liberated by pro-Russian forces were hailed as defenders of “democracy and freedom” by their former commander in Ukraine.

Mr Harding, Mr Pinner and Mr Aslin are believed to have served in the Georgian Legion, a pro-Ukrainian volunteer unit, under Mamuka Mamulashvili.

“All these guys did their best to defend democracy and freedom,” Mr Mamulashvili told the PA news agency.

“They were in the Georgian Legion around the same time… and they were perfect guys.

“It was very important for us to get these guys out of captivity because I’ve been in captivity myself and I know what it is.”

Mr Mamulashvili recognized Mr Harding, a British Army veteran, for his contribution to the Legion, where he trained younger volunteers to be instructors.

“He is one of the best representatives of his nation who came here to defend Ukraine and I salute him,” he said.

The non-profit organization Presidium Network, which has been supporting Mr Healy’s family, told PA all five had landed safely in the UK and been reunited with their families.

Dominik Byrne, co-founder of the organization, said: “We don’t know for sure if they have all returned to their homes yet, but we do know that they are with their families at the moment.”

The Foreign Office has not commented on the whereabouts of the men.

The first thing I had to do was hug him tight and make sure it was real. It still doesn’t feel real now

His mother, Angela Wood, told the BBC she sometimes thought she would “never see him alive again”.

“His release happened overnight, I’m still in shock,” she said.

“The first thing I had to do was hug him tight and make sure it was real. It still doesn’t feel real now.”

Ms Wood also said the Russian separatists, who held Mr Aslin for a period she described as “torture” for the family, would contact her and ask for money.

Video emerged late Wednesday of two men sitting on an airliner, in which Mr Aslin introduced himself and Mr Pinner, adding: “We just want to let everyone know that we are now out of harm’s way and on our way home to our families.”

Mr Pinner interjected, saying “by the skin of our teeth”, while Mr Aslin continued: “We just want everyone to know the good news etc so thanks to everyone who has been supporting us and whatever so it will really appreciated.”

Mr Pinner added: “Thank you everyone.”

Prime Minister Liz Truss, visiting New York for a UN summit, tweeted: “Very welcome news that five British nationals being held by Russian-backed proxies in eastern Ukraine will be safely returned, causing months of uncertainty and suffering for.” they and their families terminated.”

https://www.newschainonline.com/news/briton-freed-from-captivity-says-roman-abramovich-welcomed-them-onto-plane-294145 Briton freed from captivity says Roman Abramovich welcomed them on the plane

The "Idol" finalist's tumor likely started growing during the show

Israeli leader welcomes US proposal for maritime border with Lebanon

Nuclear power is about to make a comeback. The problem is the construction of the reactors.