China’s electric vehicle leader BYD isn’t hitting any speed traps — at least on the revenue side. But cost pressures and a slowing Chinese economy could be letting some air out of the tires shortly.

The Warren Buffett-backed Chinese automaker on Tuesday reported an impressive 36% year-over-year increase in sales in its most recent quarter. The company has benefited from an electric vehicle boom in China.

Sales of new energy vehicles, including plug-in hybrids, nearly tripled in 2021, according to the China Association of Automobile Manufacturers. BYD — the country’s top-selling brand — also sold three times as many electric cars last year compared to 2020. The company had about a fifth of China’s electric car market last quarter, compared to 13.4% a year earlier, according to Goldman Sachs.

However, BYD’s net income fell 27% year over year in the three months to December. This is partly due to lower earnings from the handset components business and some one-off effects such as impairment losses and asset revaluations. But gross profit margin for the quarter was also 3.7 percentage points lower year-over-year, according to Goldman Sachs, likely due to rising raw material costs.

That could also remain an issue this year. Materials prices, including lithium and nickel, have skyrocketed. Russia’s invasion of Ukraine has further exacerbated the problem. And the chip shortage continues to be an issue that could hamper production, especially given the recent resurgence of Covid-19 in China.

Another uncertainty is whether a slowdown in China’s economy will ultimately hit demand. Electric vehicles have fared well over the past year despite a sluggish overall auto market, as more buyers switched from gasoline cars. The Covid-19 flare-up, especially as it pushes major cities like Shanghai into lockdown, may also hurt car sales.

BYD’s share price has fallen 16% this year after a stellar performance over the previous two years — reflecting such concerns. Other Chinese EV stocks have also fallen.

China’s auto sales slowed in the first two months of 2022 from late 2021 highs, but remained elevated. That’s partly because buyers rushed to buy ahead of EV subsidy cuts late last year. After this year, the purchase premium will no longer apply.

After moving at top speed in recent years, the Chinese electric vehicle market could slow down a bit this year — which seems likely to affect BYD as well.

BYD has managed to raise the prices of its cars twice this year, which has helped cushion the blow of cost increases. Another saving grace is that higher gasoline prices have increased the relative appeal of electric vehicles. The company’s management remained upbeat on its earnings call on Wednesday and is targeting sales of at least 1.5 million electric cars in China this year — more than double last year’s sales, according to Citi.

With strong revenue growth, structural tailwinds from the EV transition, and a firm grip on its leading market position, BYD could still stay ahead of its peers.

write to Jacky Wong at jacky.wong@wsj.com 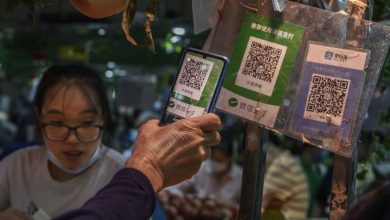