Hallmark star Cameron Mathison welcomed his wife Vanessa Mathison in a new TV role. Vanessa came to Cameron in a guest role on General Hospital and said that even when she was nervous, having her husband by her side helped her a lot.

Cameron said ET that they were both nervous about the opportunity.

“We were both nervous,” he said. “I was nervous. I can tell Vanessa was nervous…then I got even more nervous.”

Vanessa told ET that she was terrified of taking part in the show. She said she’s a longtime fan and it was “a dream come true,” but she was still very nervous, especially when she realized she would have lines in her scene. She played the role of an executive coach named Mia.

“I just thought I’d be a guest sitting in a restaurant and the camera would pan over me,” she said. “We got there and there was an actual script. … ‘I have lines.’”

She said looking into her husband’s eyes made all the difference when it came to how nervous she felt.

“We made eye contact and I didn’t want to stop looking at Cameron because he was just my safe place,” she said.

She joked that Cameron had tried a cheesy pickup line when they first started dating about walking lines together, so it was funny to see everyone going full circle as they practiced for their new role.

Cameron wrote on April 21: “Today is the day!!! Vanessa will be acting for the first time… with me at General Hospital 😮💃🏾🕺🏼 I hope you check it out and show her some love🙏🏼.”

He said Vanessa’s dream came true by starring on the show. He also joked that when they first met, they only watched General Hospital because of Jack Wagner.

Cameron wrote, “I have to say…Frank Valentini made the character of Drew a reality for me, and now he’s made Vanessa’s dream come true too. Vanessa has been a GH fan all her life! When I met her I was Ryan on All My Children and she had no idea who I was…she was just watching GH (yes especially you @jackwagnerofficial 😑).”

“So thank you Frank, and thank you to every single cast and crew for being so nice to Vanessa on their big day. Love you guys🙏🏼,” he wrote.

Ryan Paevey replied: “That’s so cool, congratulations!!! ….and you were right next to my old dressing room in that last clip. memories, right? :)”

Ryan McPartline replied: “This is great! Tell her to keep our secret that it’s hard work 😉.”

Sarah Thamin wrote: “You guys are the CUTESTTTT!!! Go @vanessa.mathison 👏👏👏👏👏”

Vanessa shared some photos from her performance and comments from others on her Instagram stories. 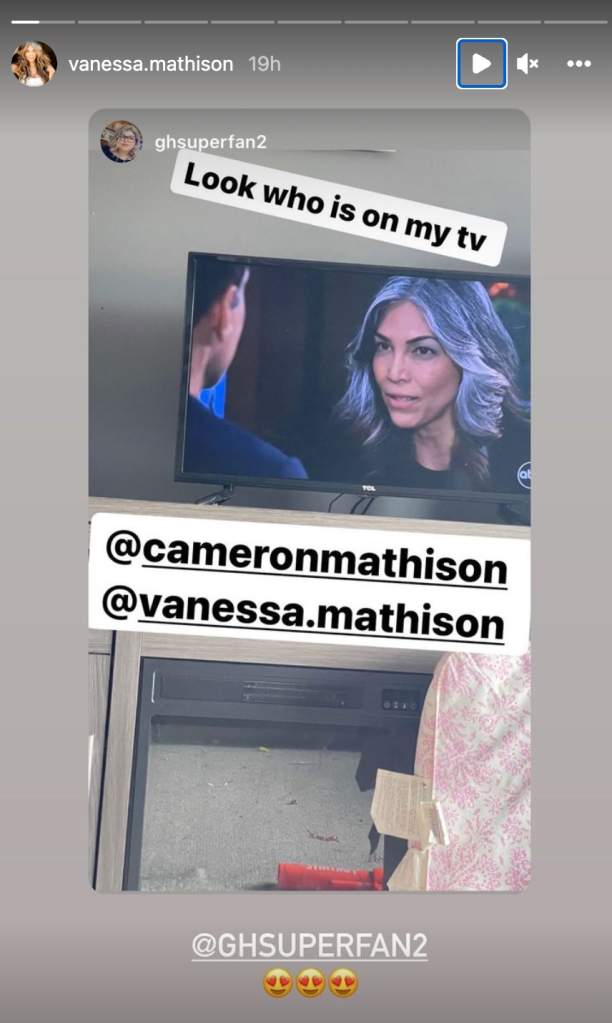 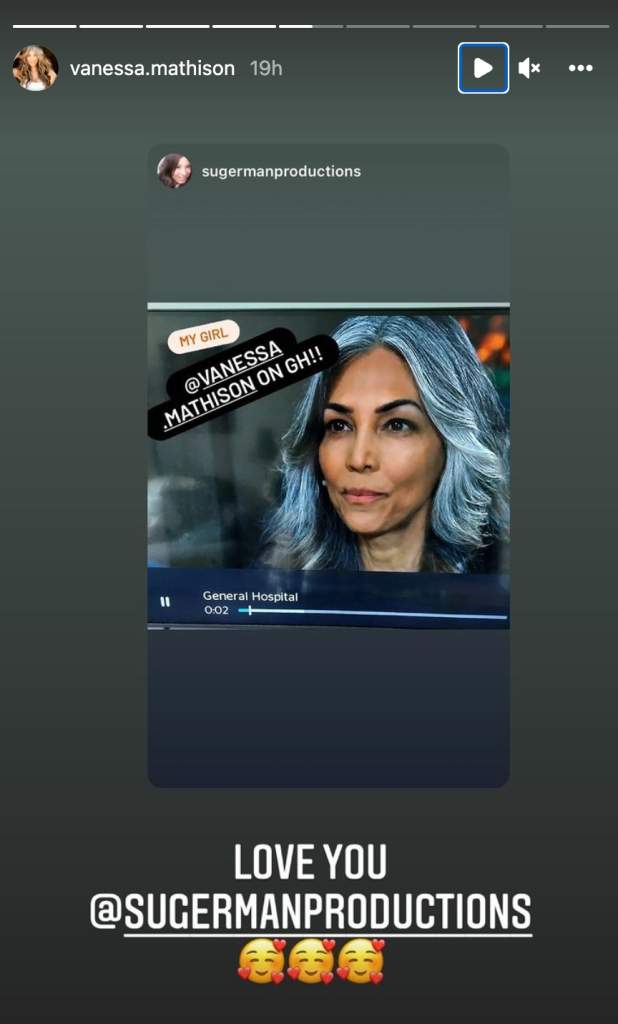 She also shared a video about how much fun she was having.

Vanessa wrote: “That day was so surreal!!🤩 I’ve been a fan of General Hospital for 40 years and not only had the opportunity to spend a day in Port Charles but also to play with my husband @cameronmathison!!”

Kailyn Lowry yelled at Lux and cries over football

Agent claims Newcastle are ‘crazy’ about ‘new Zlatan’, suggesting he is more likely to join Tottenham