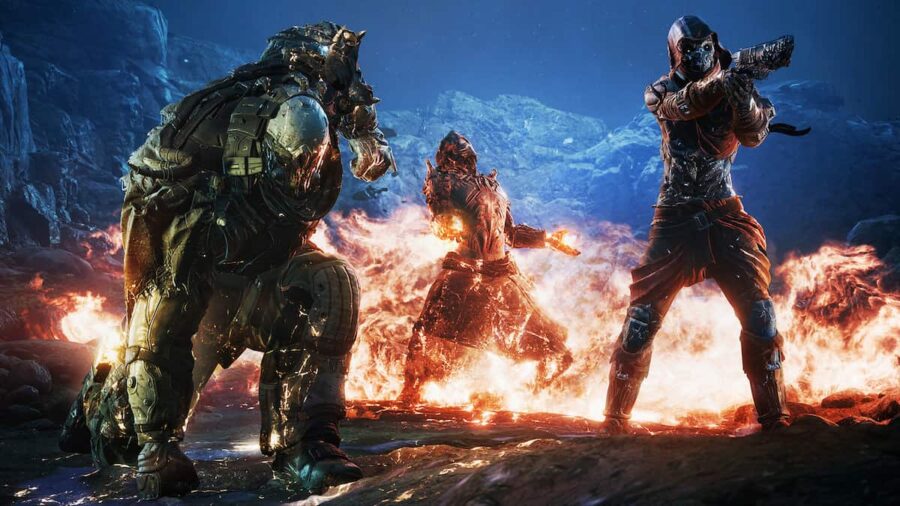 Image via People Can Fly

With the Worldslayer expansion, Outriders are about to make big changes. A new campaign picks up where the main story left off, and the world of Enoch continues to change in unpredictable ways. Are you ready to continue the adventure?

Can you boost a character in Outriders?

New and returning players to Outriders have the opportunity to boost a new character at level 30, allowing them to start the Worldslayer campaign immediately. This allows friends to play together if one is new to the series and the other has already completed the base campaign. Note that using this boost does not ban playing the main campaign. Players can go back and play this after completing the Worldslayer campaign.

Related: When will Outriders: Worldslayer be released?

Freshly boosted characters are at level 30 and have quite a few skill points to invest in. They also start at Ascension Level One and Apocalypse Tier One. To facilitate their journey, a full set of level 30 gear is available along with 100,000 Scrap, 10,000 Leather, and 10,000 Iron.

The Outriders’ campaign was way better than it should be. It was lengthy, filled with memorable characters, and built on compelling lore that kept players wanting to learn more. So it’s very exciting to see a continuation of this story.

Allowing a character boost to keep everyone on the same playing field and encouraging longtime players to wear down their friends until they give up and start playing Worldslayer together is a smart move by People Can Fly. Once hooked, teams of Altered can go back and plow their way through this awesome main campaign.

For more Outriders perks, check out the best classes in Outriders in the Pro Game Guides.