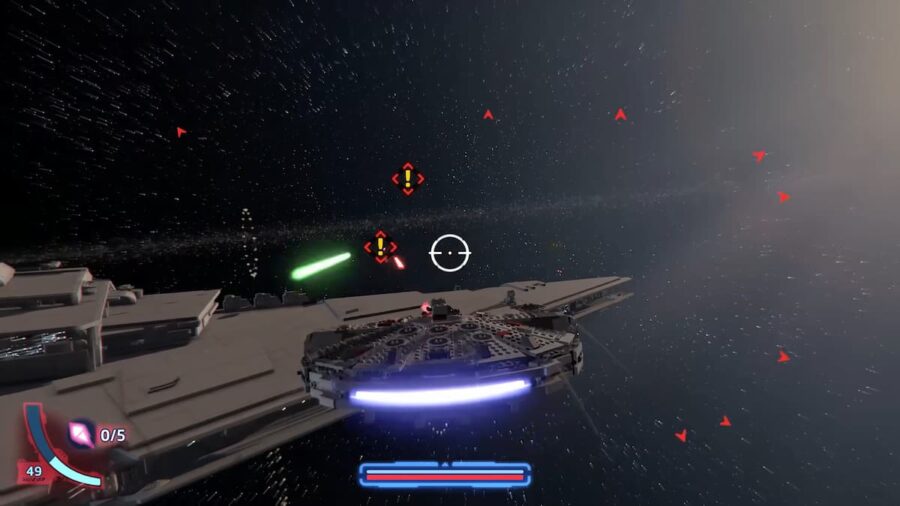 LEGO Star Wars: The Skywalker Saga is one of this year’s most anticipated games, and fans are excited to see all the features that other games have added to the popular franchise. Spaceflight, combat and exploration will be a big part of the game, and players will wonder if iconic starships like the Millennium Falcon will be in the game.

the Millennium Falcon will be there LEGO Star Wars: The Skywalker Saga, and players can pilot similar legendary vehicles throughout their journey. The official trailer described that Space Travel will come with its own brand of adventures. Players can even battle enemy ships like the Star Dreadnought and take on iconic missions reminiscent of the movies.

Are there space battles in LEGO Star Wars: The Skywalker Saga?

Related: How to get the classic Obi-Wan Kenobi in LEGO Star Wars: The Skywalker Saga

Players will unlock multiple iconic and sprawling planets from the Skywalker saga as they journey across the galaxy. Check the holo-projector to see the galaxy map and change course as the Force guides you. Master the art of space combat and become the best pilot in the Star Wars galaxy!

How to use theme mode in Lost Ark

Where to find Heatran in Pokémon Legends: Arceus