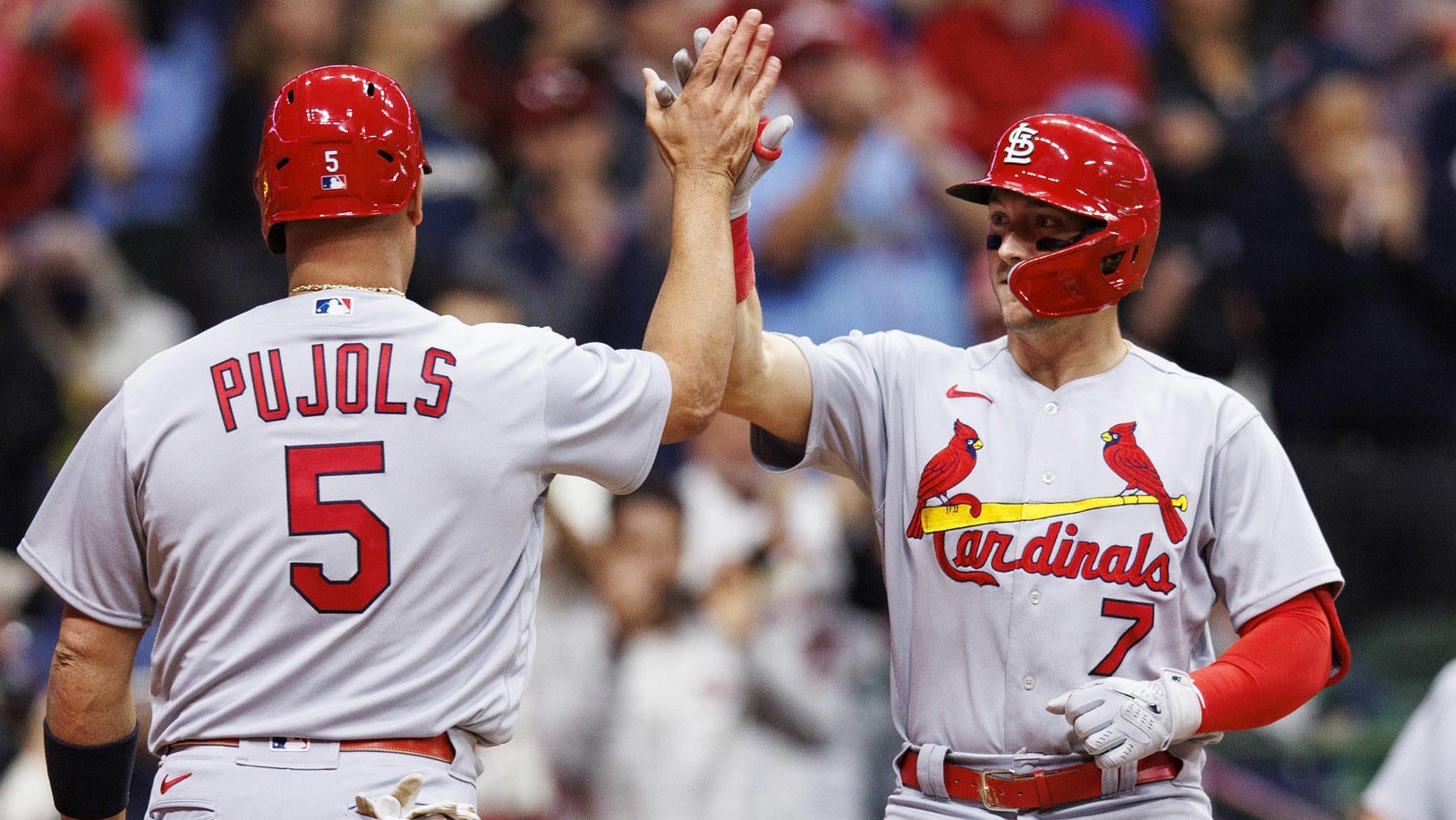 The St. Louis Cardinals won the National League Central Division. Before we get to the celebration of champions here, there might be some confusion, so let’s clear that up.

The Cardinals’ magic number in action Tuesday night in Milwaukee was actually three, but they still clinched the division. The magic number traditionally had to reach zero for a team to win. To find that out, you have to subtract the combination of the first-place team’s wins and second-place team’s losses from 163. So the Cardinals’ 90 wins right now plus the Brewers’ 72 losses is just 162 what’s there?

Well, there’s no more game 163 as a tiebreaker. MLB uses tiebreaker formulas instead, and the Cardinals have now won 10-8 against the Brewers this season. The two teams only have one game left against each other and thus got the season series and with it the tiebreak and the division. The best the Brewers could do here is tie things and the Cardinals would still win, so it’s over.

The Brewers actually led this thing for a big chunk of the season. They’ve been in first place for 95 days, compared to 87 for the Cardinals up to that point. The Brewers’ lead was as much as 4 1/2 games and they still had a four game lead as of July 30.

From then on, however, the Cardinals took over. As of July 30, the Cardinals are 37-17, the second-best record in baseball for that period. The Brewers lost 15 of 23 after July 30 to give the Cardinals a boost to dominate the division as well.

The Cardinals thrived behind superstars Paul Goldschmidt and Nolan Arenado, but it was much more than that. Rookies Brendan Donovan, Juan Yepez and Nolan Gorman provided sparks at times. Tommy Edman’s all-around game helped. Lars Nootbaar becomes a cult hero.

On the pitching side, acquisitions of left-handers Jose Quintana and Jordan Montgomery have been huge. Veteran Adam Wainwright is putting together another great season at the age of 40. Ryan Helsley anchors an able bullpen.

And of course, Albert Pujols’ hot second half cannot be praised enough. Between hitting in time and getting inspiration from his 700-home run streak, he was a huge spark for the team, even if such a suggestion seemed unlikely early in the season.

Yadier Molina, Wainwright and Pujols team up as they search for one last run to a World Series ring. The first step is making the playoffs, and the Cardinals have now punched their ticket.

Clippers Big Man not long for that LA life