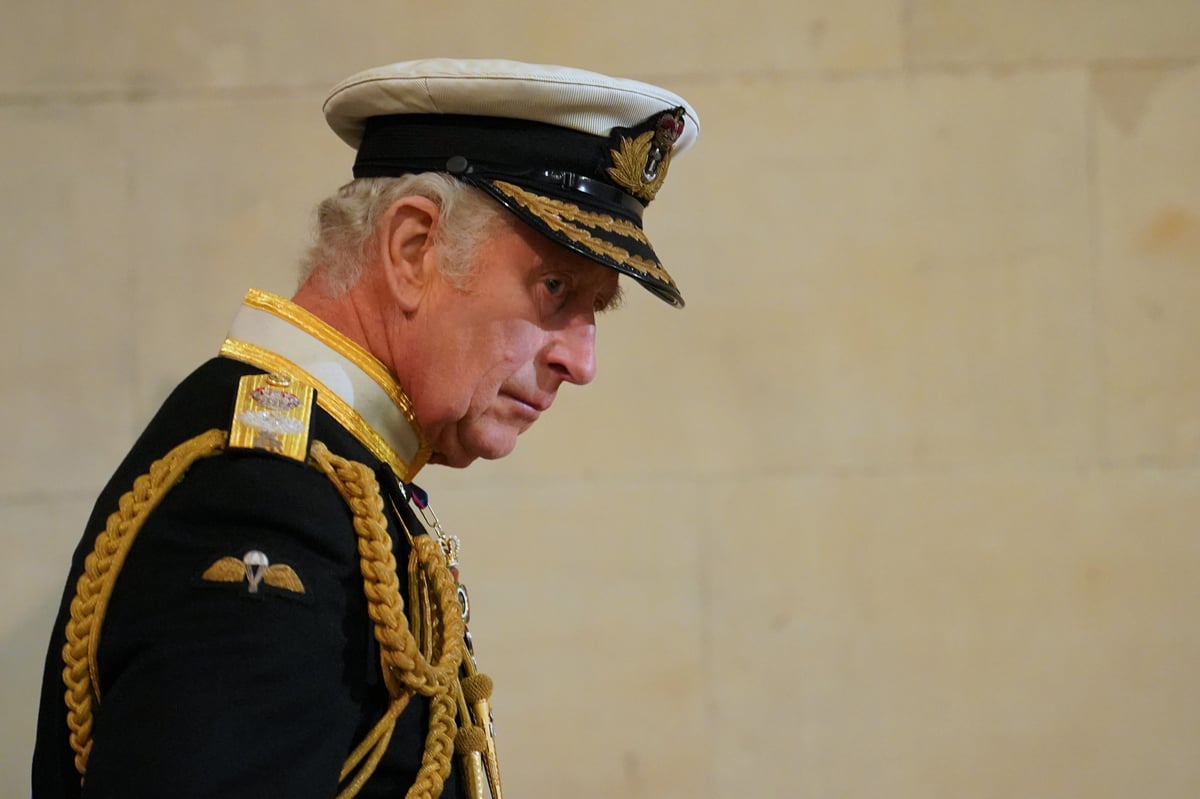 The Queen’s children held a vigil around her coffin after the Earl of Wessex said her death had left “an unimaginable void in all of our lives” and that his family was “united in sorrow”.

Silent, motionless, and with their heads bowed, the King and his siblings – the Princess Royal, the Duke of York and the Earl of Wessex – paid tribute to their mother.

Dressed in military uniforms and hands clasped, the grieving siblings stood for just over 10 minutes as people continued to walk past the Queen’s coffin, which lay in the state at Westminster Hall.

Edward, the youngest of the Queen’s four children, said in his tribute that in death, as in life, they would share their “beloved mama”.

The Earl, who met well-wishers with his wife outside Windsor Castle during the day, added: “We have been overwhelmed by the flood of emotions that has flooded us and the sheer number of people who have made every effort to express their feelings to express love, admiration and respect for someone so special and unique who was always there for us.

“And now we are here for her, united in sorrow. Thank you for your support, you have no idea how much it means.

“The death of the Queen has left an unimaginable void in all of our lives.”

The number of people who came to see the Queen’s coffin and say their goodbyes has stretched the wait to over 24 hours.

Before entering the hall, he said: “At this time of mourning, respect should always be paid to our Queen in the country.

“But as a former footballer and former England captain, I know what it meant for us to step onto this field to represent our Queen, our country and the Three Lions.”

Earlier, the Prince of Wales told a military official his grandmother would “look down” at her funeral service and be interested in all the details.

William and his wife Kate, the Princess of Wales, visited the Pirbright Army Training Center in Surrey on Friday, where they spoke to Commonwealth troops who were attending Monday’s funeral procession.

The prince was heard speaking to troops from the New Zealand Defense Force about how the Queen would keep a close eye on Monday’s proceedings.

Greg Gifford, 31, told the PA news agency: “One of the main things I took away from what he said was how the Queen will definitely look down on the entire funeral service.

“He said she was interested in the details of the soldiers, how the drill is conducted, its accuracy, our clothing, things like that.”

Charles began his day with a visit to Cardiff, the final stop on his tour of the four home countries, and he paid tribute to the Queen’s commitment to Wales on his first visit to the nation as king.

He told the Welsh Parliament she was proud of “her many great achievements” and “felt her deeply in great times of grief” and how Wales “could not be closer to my mother’s heart”.

His speech was in response to a request for condolences in the Senedd, which came after the Queen was described as “a towering figure on the world stage” during a memorial service at Llandaff Cathedral in Cardiff earlier in the day.

https://www.newschainonline.com/news/charles-and-siblings-mount-vigil-in-honour-of-queen-293037 Charles and his siblings hold a vigil in honor of the Queen

MIT is leading the reinstatement of the SAT