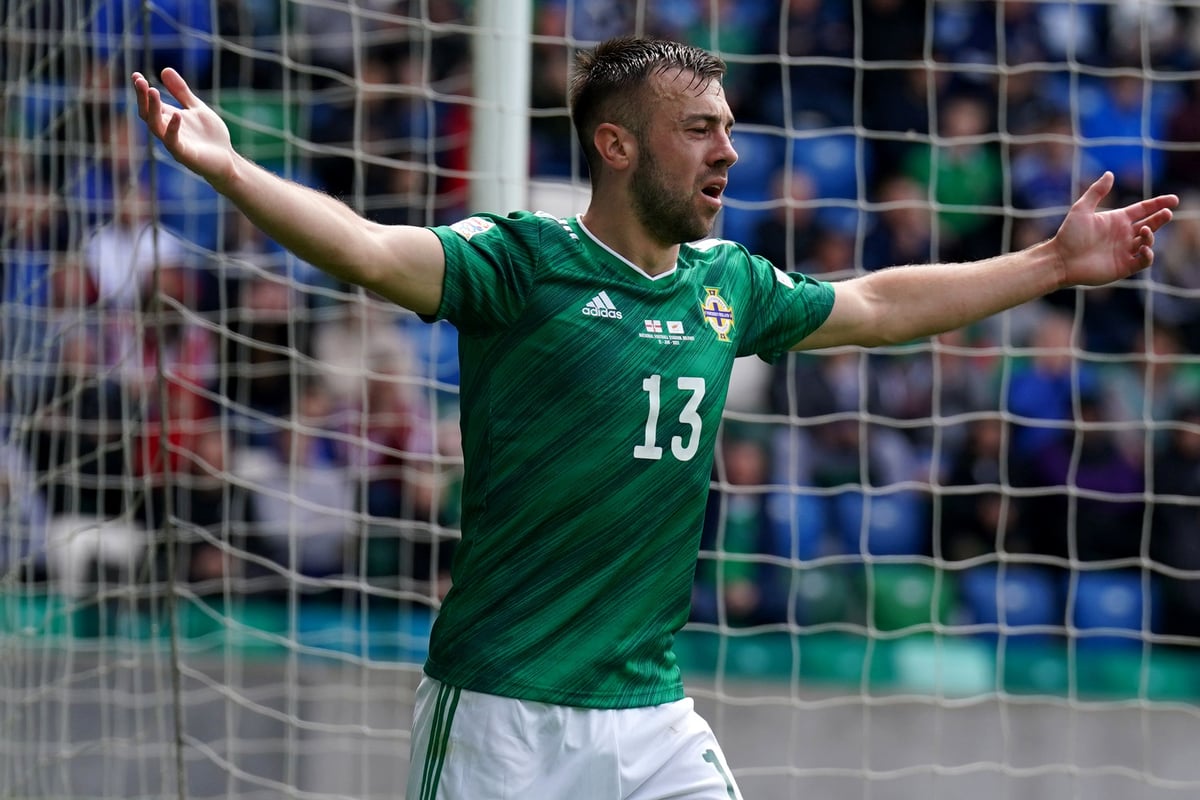 Ian Baraclough welcomed Conor McMenamin back to his Northern Ireland squad before revealing the video that led to Kyle Lafferty being sent home was believed to have been taken after a team bonding dinner in Belfast last week.

Both McMenamin and Lafferty were dropped from the squad ahead of Saturday’s 2-1 win over Kosovo amid controversy on social media.

Video emerged last Wednesday that appeared to show Lafferty using an allegedly sectarian slur, and after the 35-year-old was sent home as part of an investigation launched by his club Kilmarnock, historic video also appeared showing McMenamin , as he appeared to be chanting a pro-IRA slogan.

This video is believed to have been captured when the 27-year-old Glentoran winger was still a teenager when the former Cliftonville and Linfield player was being penalized by his club at the time. In this regard, he was released on Monday by an independent disciplinary panel for Tuesday’s game against Greece.

McMenamin said in a statement from the Football Association of Ireland: “The video in question was made a long time ago. I’m sorry and I regret it. We all make mistakes.

“My international career has just started and I really enjoy playing for Northern Ireland.

“I’m now fully focused on our final Nations League group game against Greece and I’m hoping to make a contribution and represent the team positively.”

Lafferty stays outside while he awaits the outcome of Kilmarnock’s investigation.

Asked if the incident involving Northern Ireland’s second-highest goalscorer happened after the side went out to dinner on Tuesday night, Baraclough said: “I think so.”

He added: “We all went out. We all went to the restaurant and we all came back. The next day the players were free. They are adults.

“They know they have a responsibility and when they are on international duty they still represent themselves, their clubs, their families and me. You can’t lock them up in a hotel and you give them a certain level of trust.

They know they have a responsibility and when they are in international service they still represent themselves, their clubs, their families and me

“They hope that this is the right thing to do in the future as well. We’re talking about a team bonding session and people being themselves and seeing them in their natural state and sometimes you have to learn from that.

“It might be something we’ll look at later. It has always been great for Northern Ireland teams to have a bit of alone time so for me waking up to headlines and news like this was something we didn’t expect. I’m disappointed.”

Baraclough said McMenamin, who had three caps after his first call-up in Northern Ireland in June, was “distraught” when he was first told over the weekend he was not in the squad, but he was ready to play again now to play in the squad.

“I think it’s one thing to break the bad news to him, it’s another than saying you want him to travel, you think by then hopefully everything will be settled and he didn’t have any at all Hesitation,” Baraclough said. “Bringing him this news is obviously a better conversation.”

The troubles have distracted Northern Ireland during a key international window

Saturday’s win over Kosovo was their first in the Nations League in 15 attempts but they are still not safe from relegation to League D with a game still to play.

https://www.newschainonline.com/sport/mens-sport/football/conor-mcmenamin-cleared-to-return-to-northern-ireland-squad-294730 Conor McMenamin is ready to return to the Northern Ireland squad

How to Get All Free Items in Walmart Land - Roblox

Riverdale actor sentenced to life in prison for murdering his mother