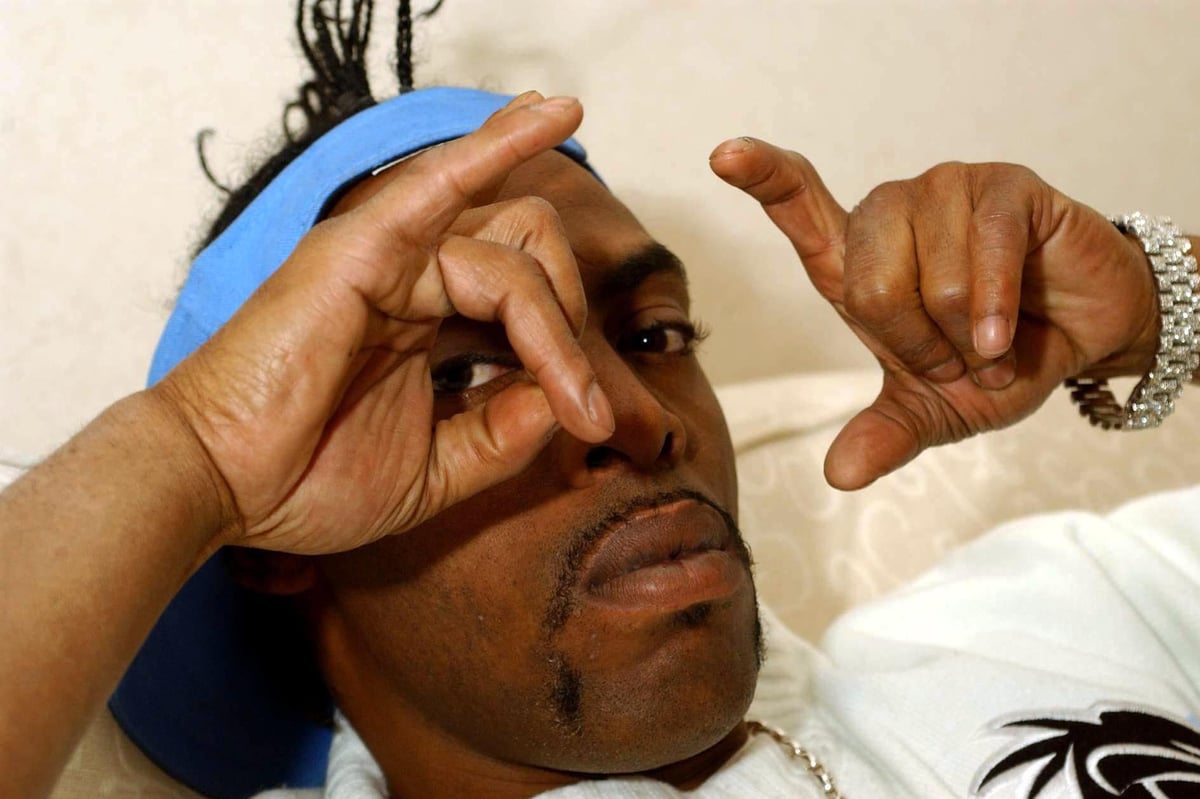 Rapper and TV star Coolio has died in the United States at the age of 59.

Born Artis Leon Ivey Jr., the man gained worldwide attention with his 1995 hit Gangsta’s Paradise, which became one of the highest-grossing rap songs of all time after recording it for the film Dangerous Minds starring Michelle Pfeiffer.

But he was also in demand on the small screen, with a third-place finish on Britain’s Celebrity Big Brother in 2009, followed by an appearance on the program’s Ultimate Edition a year later.

His passion for food led him to become a chef, appearing on the web-based cooking instructional shows Coolio’s Rules and Cookin’ with Coolio, and a celebrity contestant on the first season of Rachael vs Guy: Celebrity Cook-Off.

After being born in the steel town of Monessen in southwestern Pennsylvania, the young man relocated to Compton, Los Angeles, where he began to develop his skills by entering rap competitions.

He recorded the singles Watcha Gonna Do and You’re Gonna Miss Me in the late 1980s before joining the group WC and the Maad Circle in 1991.

Three years later he had his breakthrough as a solo artist with the single “Fantastic Voyage” from his debut individual album “It Takes a Thief” released by Tommy Boy Records.

The LP peaked at number eight on the Billboard Hot 200 chart, raising his profile enough that Hollywood called.

Gangsta’s Paradise, featuring vocalist LV, snagged number one on the Billboard Hot 100 and stayed there for three weeks.

An album of the same title was later released in 1995 and was soon certified double platinum by the Recording Industry Association of America, with the release also containing hit singles 1, 2, 3, 4 (Sumpin’ New) and Too Hot .

Coolio worked on the soundtrack of the family movie Space Jam with Michael Jordan the next year and teamed up with Busta Rhymes, LL Cool J, Cyprus Hills B-Real and Method Man from the Wu-Tang Clan on the song Hit ’em High.

He achieved a special place in the hearts of many television viewers with the memorable theme song – titled Aw Here It Goes – to the children’s series Kenan and Kel, along with appearances on The Nanny and Sabrina, the Teenage Witch.

He also appeared in an episode of The Bill but it was his turn in the sixth series of UK Celebrity Big Brother which brought him into the homes of a large number of British viewers in 2009.

He finished third and joined the cast of Ultimate Big Brother, the show’s final series to air on Channel 4, along with winner Ulrika Jonsson the following year.

Coolio recorded eight studio albums ending in 2009 with From the Bottom 2 the Top and has continued to work in television, including appearances as himself in Adult Swim’s Black Jesus in 2014 and last year on the President’s puppet show, Let’s Be Real.

He was not without legal incidents and was convicted in Germany in 1998 of being an accessory to robbery and assault.

https://www.newschainonline.com/news/world-news/coolio-cooked-up-a-storm-on-the-air-and-screen-as-he-took-hip-hop-to-the-world-295133 Coolio cooked up a storm in the air and on screen when he brought hip-hop to the world

Wild Hearts Interview: Magic Building, Open Worlds, and Why It's Coming Out So Soon

Elena Branson: Russian agent charged in the US