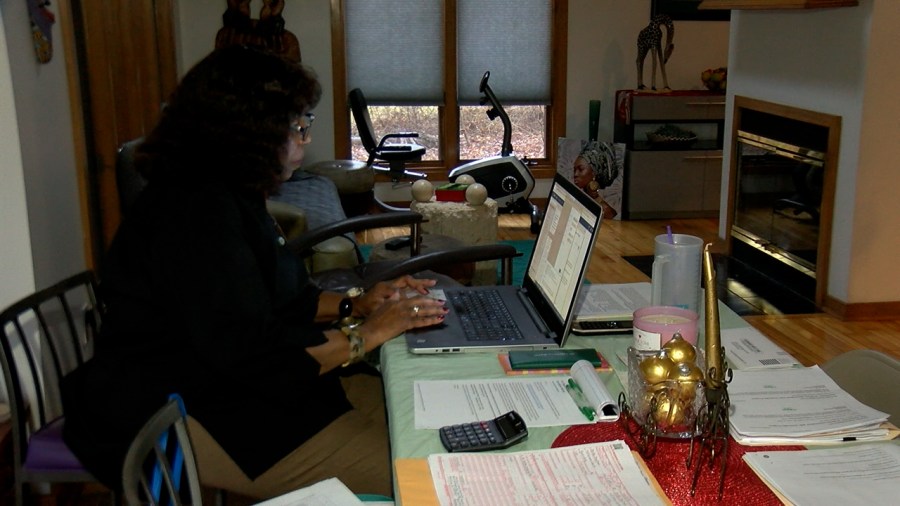 MIDDLE PAXTON TWP, Pa. (WHTM) – Navigating Medicare can be confusing, and with many choices, it’s not an easy process. There are dozens of Medicare Advantage plans under the state health insurance plan, and one Dauphin County woman said they were worth investigating.

Mary James has lived in the Harrisburg area for almost 40 years and used to work for the pension system. However, when it came time for her to retire, she said the number of health insurance plans available was overwhelming.

“It was kind of trial and error,” she said. “I was just looking for different options.”

Back then, Medicare didn’t seem like the right option.

“We were told Medicare would cover 80 percent, so I didn’t want to be held responsible for having to pay 20 percent,” James said.

James went with her former employer’s plan, but she quickly realized there were major downsides.

“I had no more teeth, no more sight,” she explained.

She found separate dental and vision insurance, but after a few years those costs added up.

“We have to find something cheaper,” James recalls.

James took another look at Medicare, this time at Medicare Advantage plans.

“In Pennsylvania alone, 48 percent of Medicare seniors are enrolled in Medicare Advantage, or about 1.3 million,” said Mary Beth Donahue, president and CEO of The Better Medicare Alliance.

The Better Medicare Alliance is a nonprofit organization that encourages seniors to consider these plans as part of their mission to strengthen Medicare Advantage.

“On average, seniors save just over $2,000 a year,” Donahue said of Medicare Advantage plans.

The first Medicare Advantage plan James chose didn’t work for her. She said it didn’t have a premium but did have some unexpected costs.

About a year ago, on the recommendation of an employee at her doctor’s office, she switched to another Medicare Advantage plan that has a low premium but eliminates the unexpected expenses. Now she recommends everyone to look at these plans.

“The older you get, the more frail you become, the more important it is,” she said.

James also recommends getting help and not trying to do everything on your own.

“I believe [seniors] need to speak to a counselor who specializes in Medicare plans,” she said.

Seniors who are not enrolled in Medicare Advantage will have to wait until open enrollment in the fall if they want to enroll. Already enrolled seniors who wish to switch to a different benefit plan have until March 31 to do so.

How to open all doors in Somniel in Fire Emblem Engage

From Dancing to Dog Hugs, 11 kids videos that will melt your heart