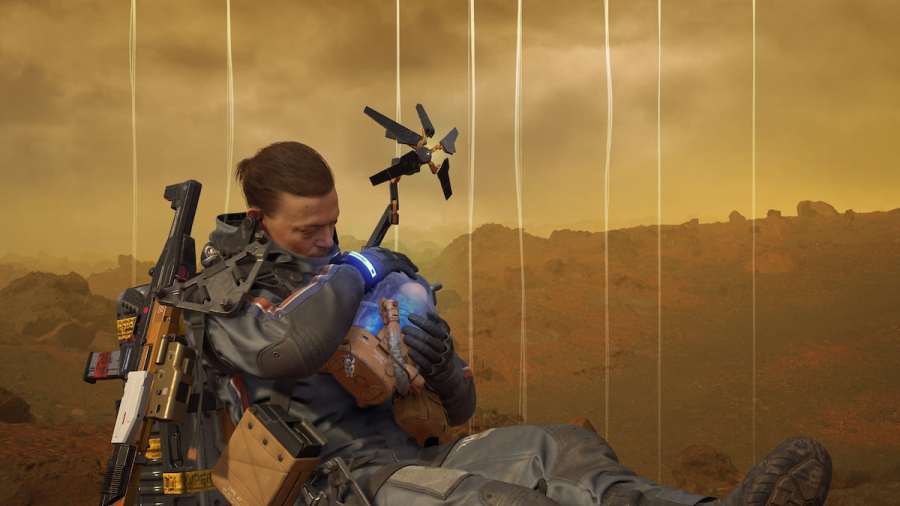 Death Stranding Director’s Cut is the newest free game on the Epic Game Store, which is excellent news for all Hideo Kojima fans. The original game came out in 2019, so it was only natural that the improved Director’s Cut edition would generate a lot of interest. So fans went wild when the news broke that this edition will be available for free on the Epic Game Store this Christmas.

As soon as the game was out, an army of fans rushed to get it, causing difficulties for Epic Store’s servers. At the time of writing, getting the game is almost impossible. Most players have received the message you can see in the screenshot below: “We are experiencing high transaction volume, please try again later.”

It’s impossible to get the game at the moment, so you have to be patient. In case it’s any consolation, the offer lasts 24 hours, so there’s still plenty of time to get Death Stranding Director’s Cut for free. This isn’t the first time the Epic Games Store has had issues with too many players visiting it. If you remember the GTA V giveaway caused the same issues as fans wanted to get their free copy asap.

https://progameguides.com/death-stranding/death-stranding-directors-cut-is-free-on-epic-game-store-but-there-is-a-catch/ Death Stranding Director’s Cut is free on the Epic Game Store, but there’s a catch

Travel outlook after the Christmas holidays

Thornton Active Shooter in the Kingdom Hall of Jehovah's Witnesses

How to Unlock Vanguard Zombies Camos in Call of Duty Warzone

How to enter the Genshin Impact Outside the Canvas, Inside the Lens photo contest