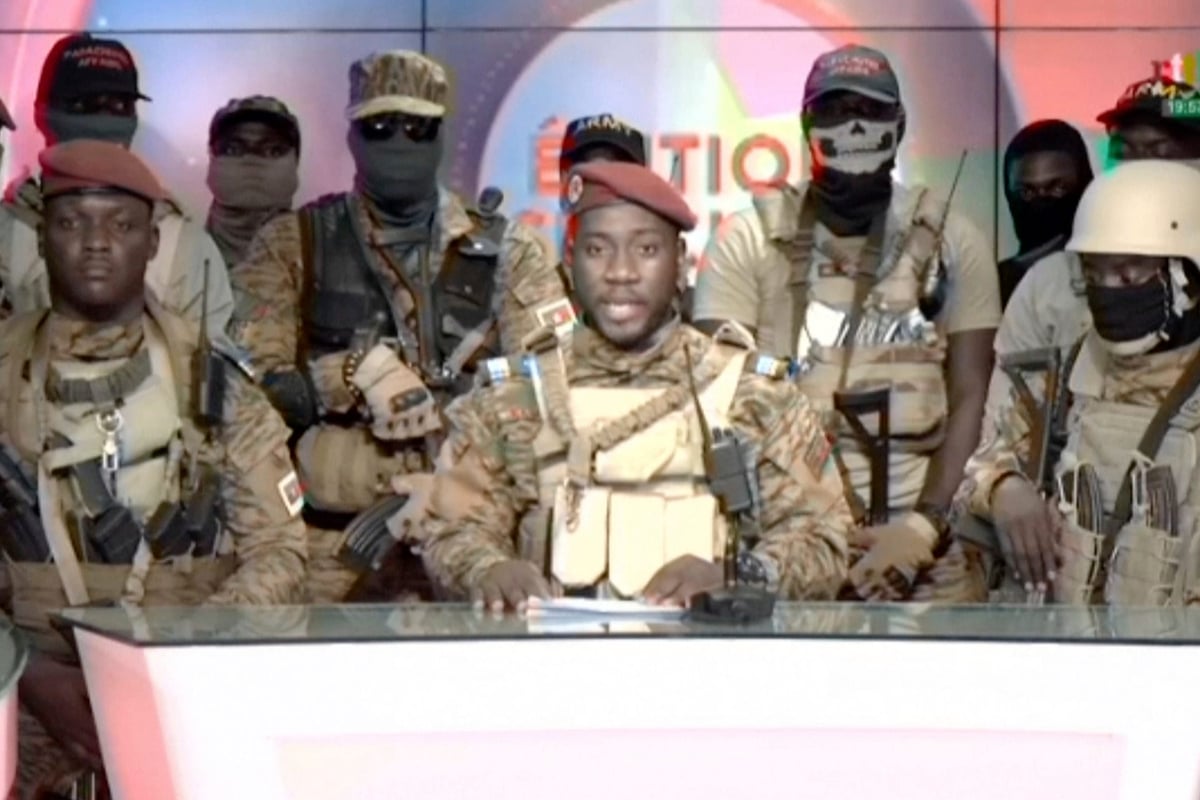 Lt. Col. Paul Henri Sandaogo Damiba was ousted late Friday, just nine months after he himself carried out a coup in Burkina Faso that failed to effectively counter mounting violence by Islamic extremists.

Statements by a new junta spokesman on Saturday sparked an outburst of anger in the capital, Ouagadougou.

Lt. Col. Damiba’s whereabouts are unknown, but the French Foreign Ministry issued a strongly worded statement: “We formally deny involvement in the events in Burkina Faso. The camp where the French armed forces are stationed did not house Paul Henri Sandaogo Damiba or our embassy.”

Captain Ibrahim Traore, who was named in charge after the coup was announced on state television on Friday night, said in his first interview that he and his men made no attempt to harm Lt. Col. Damiba.

“If we wanted to, we’d grab him within five minutes of the fight and maybe he’d be dead, the President. But we don’t want this catastrophe,” Capt Traore told the Voice of America.

“We don’t want to harm him because we don’t have a personal problem with him. We fight for Burkina Faso.”

Roads remained closed in Ouagadougou and a helicopter could be heard flying overhead.

An internal security analysis for the European Union, viewed by The Associated Press, says there have been “abnormal military movements” in the city.

Amid the prevailing insecurity, the international community condemned the removal of Lt. Col. Damiba, who himself ousted the country’s democratically elected president in January. The African Union and the West African regional bloc known as ECOWAS sharply criticized the developments.

“ECOWAS finds this new seizure of power inappropriate at a time when progress has been made,” the bloc said, citing Lt. Col. Damiba’s recent agreement to return to constitutional order by July 2024.

But the group of officers led by Capt Traore said Friday :t Col Damiba had failed and was being removed.

The new junta leadership said it would “oblige all armed forces to refocus on the security issue and restoring the integrity of our territory.”

But it remains to be seen whether the junta can reverse the crisis. Already there are growing concerns that recent political volatility would further distract the military and allow jihadists to increase their hold over the once-peaceful country.

Some supporters of the new putschist Capt Traore have urged the Burkina Faso government to seek Russian support instead.

In neighboring Mali, the coup leader has invited Russian Wagner Group mercenaries to help with security, a move that has drawn global condemnation and accusations of human rights abuses.

Mali also experienced a second coup nine months after its president was ousted in August 2020, when the junta leader sidestepped his transitional civilian counterparts and took the lead alone.

Chrysogone Zugmore, president of the Burkina Faso Movement for Human Rights, called the recent fall “very regrettable” and said the political instability would not help in the fight against Islamist extremist violence, adding: “How can we hope, people and the to unite an army when the latter is marked by such grave divisions?”

https://www.newschainonline.com/news/world-news/protesters-attack-french-embassy-in-burkina-faso-after-coup-295745 Demonstrators attack the French embassy in Burkina Faso after the coup

How to complete the Puppy Love Challenge in BitLife

The African artist and writer who mapped new worlds

When is the winter solstice and when is the longest night of the year?