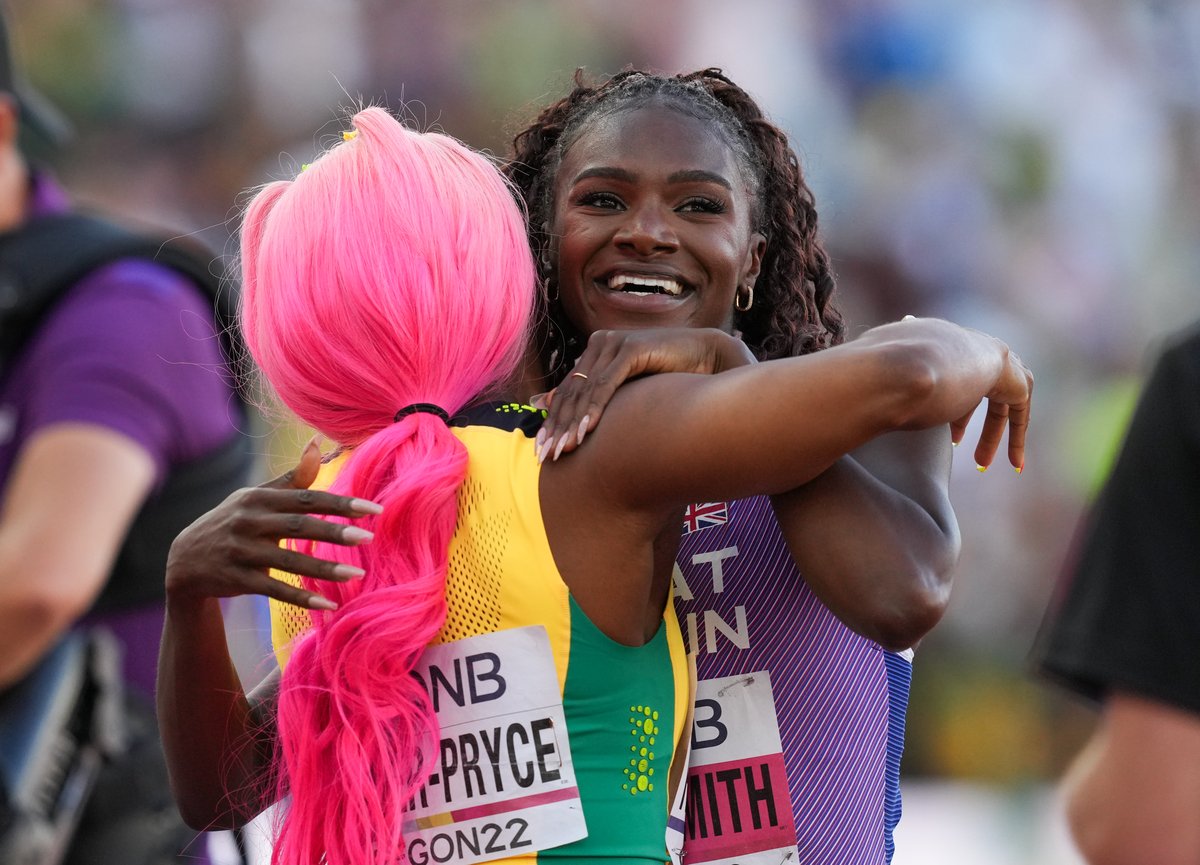 Defending champion Dina Asher-Smith won bronze in the 200m at the World Championships.

The 26-year-old has lost the title she won three years ago to favorite Shericka Jackson.

Asher-Smith ran 22.02 seconds at Hayward Field to claim the UK’s third medal in the US.

Jackson’s 21.45 seconds was the championship record and personal best and added to her silver medal from the 100m with Shelly-Ann Fraser-Pryce runner-up.

Asher-Smith equaled her British record of 10.83 seconds as she finished fourth in the 100m final on Sunday as Jamaica – led by Fraser-Pryce – claimed a clean sweep.

She has always said she is in better form than her pre-champion form, after losing the England 100m title to Daryll Neita in Manchester last month.

On Thursday in Eugene, she got off to a good start and overcame the challenge of Aminatou Seyni of Nigeria and Abby Steiner of the United States to claim her podium spot.

Asher-Smith said after the race: “I am very happy. The size of that final was insane. All of those women are capable of running under the age of 22 and I don’t think we’ve ever made it to a world final with that kind of talent.

“For me, I know I just have to run really fast when my legs will carry me and really pray and hope that is enough to get on the podium. I am very happy to have it.

“I thought I got it but I’m like I’ve only seen it in writing, there’s nothing more embarrassing than celebrating without seeing it in writing.”

Asher-Smith now runs in the 4x100m relay with a final on Saturday.

KU vs Mizzou basketball live stream: How to watch it online

How to watch Kansas vs TTU Big 12 Championship online