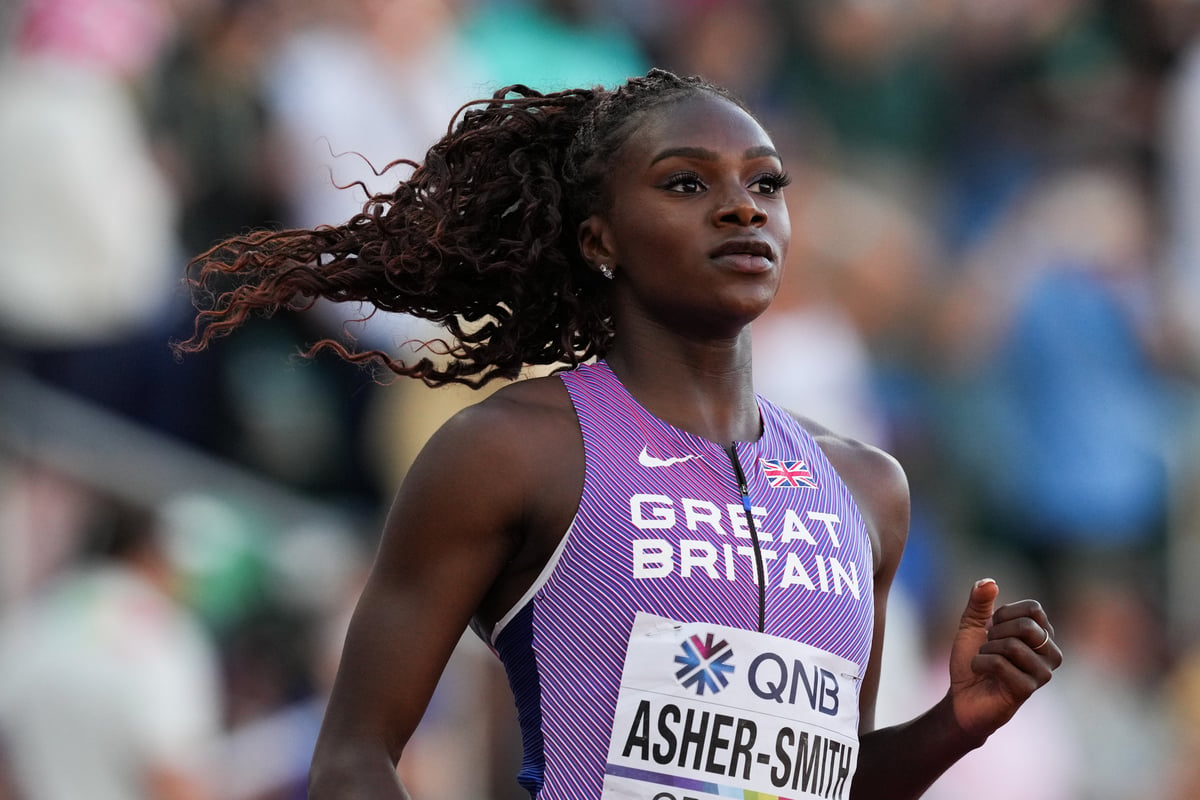 Dina Asher-Smith has withdrawn from the England squad for the Commonwealth Games in Birmingham due to a hamstring injury.

Asher-Smith, who crossed the middle of the women’s 4×100 meter relay at the World Athletics Championships in Eugene, announced her decision on Instagram.

Asher-Smith writes: “Thankfully I only had a mild hamstring strain after pulling up with the 4×1 a few days ago. No big deal and nothing to worry about.

“But due to the short time between the end of the World and the start of the Commonwealth Games in the next few days, I will have to withdraw.”

Asher-Smith broke her British record to finish fourth in the 100m final and win bronze in the 200m before suffering a relay failure.

She bounced off strong midway through the first leg but still managed to pass the club to teammate Daryll Neita, to send the team to the finish line in sixth.

I’m so excited to be racing in front of my home crowd and all the England fans. It will be a great competition and I know England will make you all proud.

Asher-Smith was meant to race in the 100m and 4x100m relays in Birmingham, but her diagnosis now also casts serious doubt on her participation at the European Championships in next month.

Asher-Smith added: “I am so excited to be racing in front of my home crowd and all the England fans. It will be a great competition and I know England will make you all proud.

“I’m looking forward to representing all of you for the rest of the summer and wishing the best of luck to all of my teammates.”