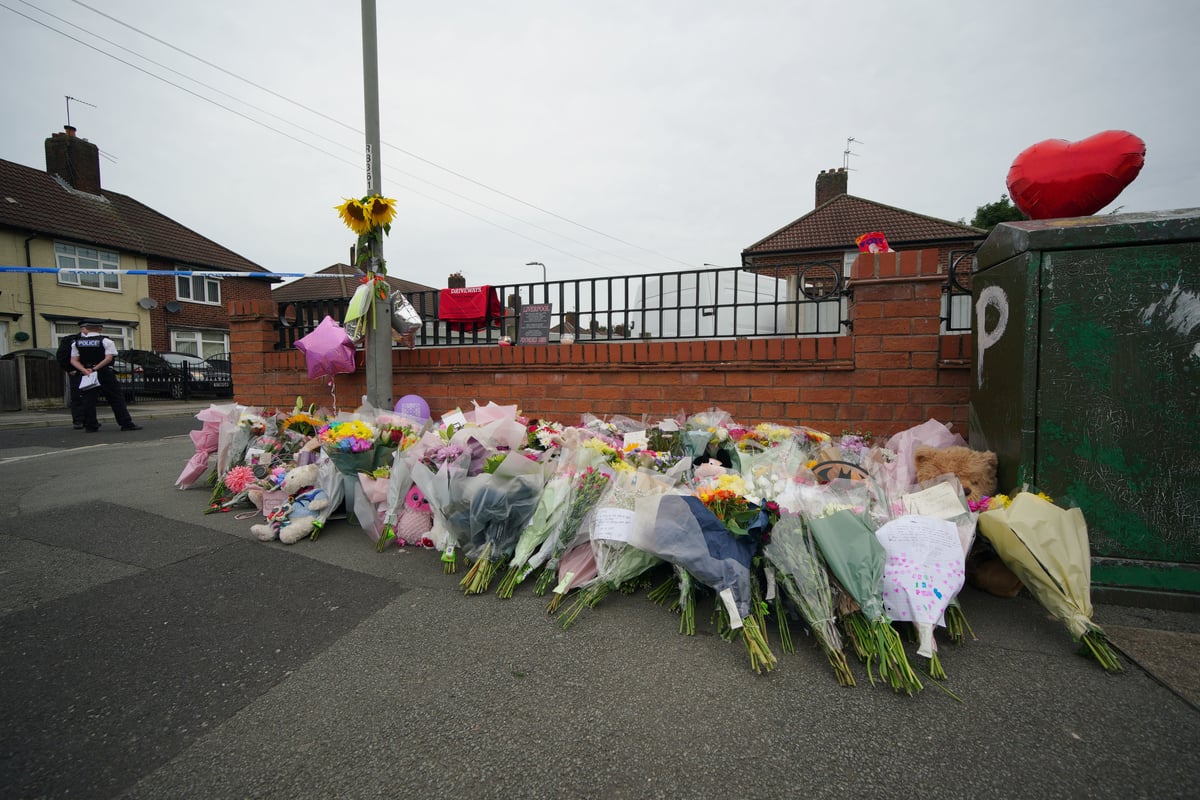 A fourth man is being questioned in connection with the killing of nine-year-old Olivia Pratt-Korbel.

The 34-year-old, from Liverpool, has been arrested on suspicion of assisting an offender after he was stopped by officers on the M42 near Leamington Spa in Warwickshire, Merseyside Police said.

He was the fourth man to be arrested in 24 hours by officers investigating the death of nine-year-old Olivia, who was shot dead at her home in Dovecot, Liverpool, on August 22.

A 34-year-old man from Liverpool was arrested in the Runcorn district on Sunday night on suspicion of murder and attempted murder.

Two other men, a 41-year-old from Knowsley and a 29-year-old from Liverpool, are being questioned on suspicion of aiding and abetting a perpetrator.

Arrest warrants were executed at two properties in Liverpool on Sunday, police said.

Olivia died after being shot dead at her home when a gunman chased convicted burglar Joseph Nee onto the property around 10pm.

An autopsy determined her medical cause of death was a gunshot wound to the chest.

Her mother Cheryl was also injured.

Detective Chief Superintendent and Lead Investigator Mark Kameen said: “I continue to urge anyone with information that may assist our investigation into the tragic murder of Olivia to please come forward so we can bring those responsible to justice.

“Several people have been arrested in connection with this investigation.

“However, we still need the help of the public to ensure we can build a strong body of evidence to bring justice to Olivia and her family.

“This is my appeal to those who have information, no matter how small, that may further assist our inquiries to contact us directly or anonymously and we will do the rest.”

A 36-year-old man from Huyton and a 33-year-old from Dovecot, who were arrested on suspicion of murder and two attempted murders in connection with Olivia’s death, have been released on bail.

EXC: Ant McPartlin reconnects with his wife Anne-Marie at Heathrow after an anniversary outing

Australia’s ‘Green Transition’ power grid on the brink of failure – will it hold up?

In Hong Kong, hope vanishes in what some call the cursed generation, 25 years after the handover from Britain