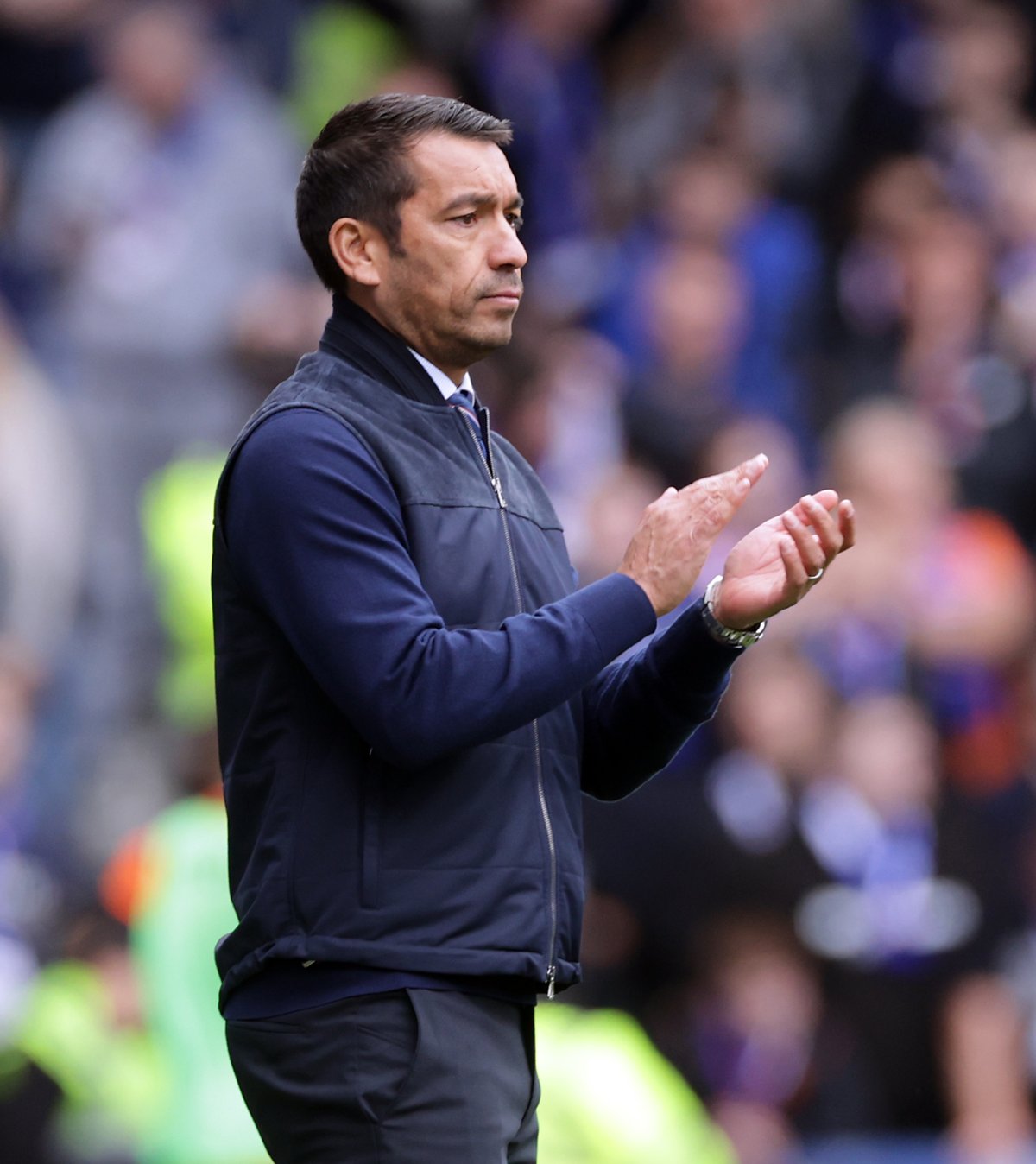 Giovanni van Bronckhorst admits his side were previously hit by three straight defeats as they struggled to a 2-1 win over Dundee United at Ibrox.

The Light Blues had lost to Napoli, Ajax and Celtic and conceded 11 goals without reply going into the Premiership game against the Terrors.

The pressure was high against the bottom of the table but the Gers got off to a great start when returnee Antonio Colak got the opener with a shot after eight minutes.

After that, however, the Rangers side were at times indecisive and although the Croatian striker, who was celebrating his 29th birthday, added a second just after the break, United defender Liam Smith pulled back a goal to close for a tense final 30 minutes worries.

Van Bronckhorst admitted “the most important thing today was the win” but also acknowledged a difficult time for the club.

The Gers coach said: “We started the game very well and, as so often at home, we could have scored two or three goals in the first 15 minutes.

“In the second half we got the second goal pretty early on, but after we conceded the first goal it was maybe in the players’ minds, ‘What if? What happened if?’.

“It also affected the game, although we had chances to finish the game 3-1. We had good chances and they didn’t take them.

“Mentally it’s quite difficult when you have three defeats in a row, it can hit you. I think in moments in today’s game it affected us.

“In stressful moments it is difficult to concentrate on your task and your game. I think in moments of the game you can see that we didn’t do that well.

“The game should have been decided early and that’s one thing we need to do better compared to last season.

“Last season we played a lot of those games and ended up conceding a late goal and losing points again, so today I was happy we got the three points.”

Tom Lawrence, John Souttar, Kemar Roofe and Filip Helander were absent again with various injuries and in an update ahead of domestic football closing for the international break, Van Bronckhorst said: “John Souttar and Fil will need longer. You won’t be back after the break. Tom has a good chance of being available again.

“Kemar? We’ll have to see if he’s one of those players who can come back really quickly or if he might need longer.

“It’s good for us that now is the break so Tom has two weeks more to recover. It’s going to be tight for Hearts, but we should have him back sometime during that time.”

Disappointed by the defeat, United boss Liam Fox will find out next week if the reins will be handed to him permanently.

He said: “My situation will probably sort itself out in one way or another over the next few days.

“I will be speaking to Tony (Asghar, sporting director) and the board over the next few days and see where we are after that.

“I’ve been pretty clear that I’ve always seen myself as a manager at some point, but I’ve also been clear that I was in no rush to do so.

“I have enjoyed the last three weeks. The players and staff have been top notch, very helpful and we’ll see where it goes over the next few days.”

Dani Soares opens up about 'struggling' as a single mom

Oregon’s Lathrop Glacier on Mount Thielsen Is Gone, But It Might Come Back: Experts