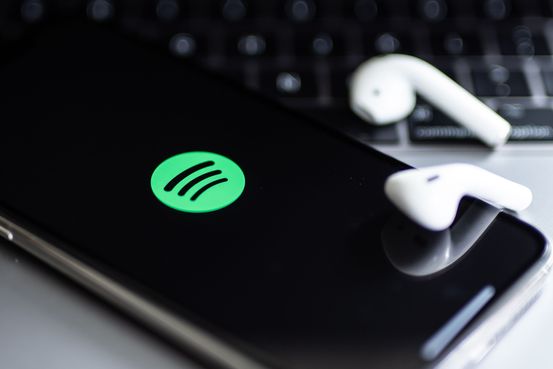 has reached an agreement with Google to offer users an alternative payment method within its app, the latest sign of the weakening influence that app stores have on third-party software.

The search giant announced the deal on Wednesday, allowing Spotify‘S

App on the Google Play Store to offer a choice between their alternative payment method and Google’s, which accounts for up to 30% of revenue.

To avoid this fee, Spotify didn’t allow users to sign up for paid services through Google’s app, and users had to go to the music company’s website.

A Spotify spokeswoman declined to say how much Google’s revenue cut from the alternative payment method would be. The alternative billing option is expected to be available later this year, Spotify said.

“It is safe to say that we have negotiated terms and conditions that meet our standards of fairness,” the spokeswoman said. Spotify CEO Daniel Ek hailed the arrangement on Twitter as “the foundation of what the next generation of platforms should look like.”

Google also didn’t address its revenue cut under the new deal. In a blog post, Google said Spotify would be the first of a small number of developers allowed to participate in a pilot program that allows for alternative billing options.

“This is a significant milestone and the first in a major app store – whether on mobile, desktop or gaming consoles,” wrote Sameer Samat, Google’s vice president of product management, in the post. “This pilot project will help us better understand if and how user choice billing works for users in different countries and for developers of different sizes and categories.”

The ability to offer alternative in-app payment options has been at the center of a battle waged by Spotify, Epic Games Inc., and other developers against Google and Apple inc

Third-party apps have argued that blocking alternative payment methods is unfair and deprives users of choice, while platforms have countered that their systems offer secure user payments and charge fees that are fair for the technology offered.

The disagreement has come under scrutiny from regulators and lawmakers around the world. Congress is debating legislation targeting the app stores, while the European Union is expected to finalize a new law that would force alternative payments.

South Korea enacted a similar law last year. Google has already said it would allow alternative payment systems there, but would still collect some of the revenue generated by the app — from up to 30% to up to 26% if an alternative system is used.

In the Netherlands, Apple is fighting with the local regulator, which has ordered the implementation of alternative payment methods in dating apps. Apple responded, while apps continued to charge a fee, 27% of revenue instead of 30%. The changes have not satisfied Dutch authorities, who are fined Apple more than $5 million a week.

Fortnite video game maker Epic Games has filed antitrust lawsuits against both Apple and Google over their app stores. Apple has largely won its case over the past year, although both sides are appealing the verdict. Apple is unhappy that a federal judge ruled that developers cannot be prevented from sending users outside of the App Store to make app-related payments.

Late last year, Apple said it would allow media apps like Spotify to create in-app links to login pages outside of the app to end an investigation by Japan’s antitrust authorities.

Appeared in the print edition on March 24, 2022 as “Google Allows Alternative Payments for Spotify Users”.

Judge Jackson and the biology of sex

Where can I find the maintenance key in the Elm test station in Horizon Forbidden West?

Five in one word: Common prosperity