Harry Potter actor Ralph Fiennes has defended JK Rowling over “disgusting” abuse she received for her views on transgender issues and same-sex spaces.

The 59-year-old actor, who plays Lord Voldemort in the film series based on the author’s books, said he understood where Ms Rowling “comes from”.

Fiennes took a different stance than younger members of the Harry Potter cast, adding that Ms Rowling’s choice to speak her mind as a woman did not make her an “uber-right-wing fascist,” reports The Telegraph.

Speaking to the New York Times, he said: “The abuse against her is disgusting, it’s appalling. I mean, I can understand a point of view that is angry at what she says about women.

“And I understand where she’s from. Even if I’m not a woman.” 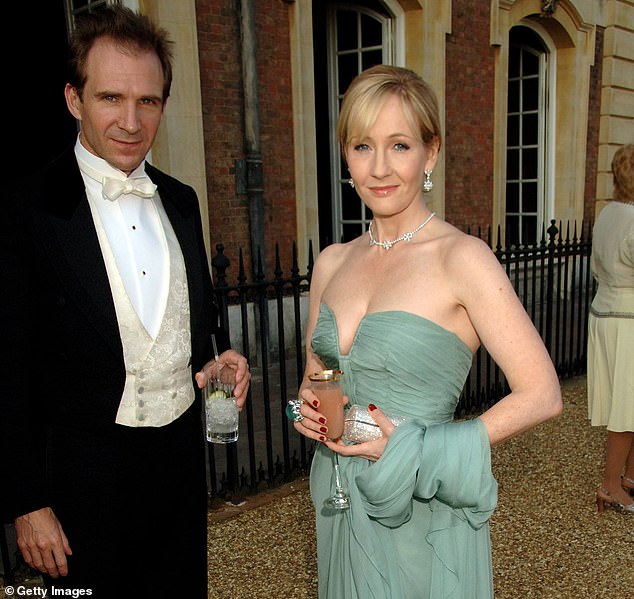 He added: “JK Rowling wrote these great books about empowerment, about little kids finding themselves as people.

“It’s about how to become a better, stronger, more moral person.”

Ms Rowling was hit by what she described as “relentless attacks” after addressing an online article “People who menstruate” in 2020.

She wrote: “People who are menstruating.” I’m sure there used to be a word for these people. someone help me whoops? wimpund? Woomud?’

Her comments sparked backlash from a host of other stars, including Daniel Radcliffe, who played Harry Potter in the series’ film franchise, and Eddie Redmayne, who stars in Ms Rowling’s Fantastic Beasts films.

Fiennes, meanwhile, is one of the older members of the cast.

He previously questioned the online “hate” directed at Ms Rowling, while the late Robbie Coltrane said her critics were “waiting to be offended”.

Jason Isaacs, who played Lucius Malfoy, said Ms Rowling’s charity work had been “clearly good” and vowed not to “jump to stab her in the back”.

Tom Felton was trolled by trans rights activists earlier this month after he said Ms Rowling’s work should be celebrated.

The 35-year-old, who portrayed Draco Malfoy in the wizarding series, said the author’s creations brought people and generations together.

The outburst was sparked after Felton said he would not shun or criticize her like others, but insisted he was grateful to her for her books earlier this week.

And he told Radio 4’s Today program this morning: “I can’t speak for what other people have said. I am constantly reminded that the Potter verse, certainly when we were completing the films, was expected to slowly dwindle in fan base over the years, while most fans who greet me yell “Potter” or “Draco”. . mine weren’t even born when the books were made.

The 59-year-old actor, who plays Lord Voldemort in the film series based on the author’s books, said he understood where Ms Rowling “comes from”.

“I’m quick to remind myself and others that for some reason Potter has brought together more people around the world and more generations than probably anything else in the last 20 years, and I’ll be quick to celebrate.

“It came from one person and that’s her, so I’m very grateful.”

It comes as Ms Rowling was embroiled in a war of words with Billy Bragg over transgender rights, accusing him today of “using the Holocaust to attack feminists”.

It started when Ms Rowling claimed “bearded men”, including Bragg and BBC star Graham Norton, would define what a woman is – rather than let women do it themselves.

Bragg, 64, retweeted a video of an interview with Norton at the Cheltenham Literature Festival this week, which the musician described as “really good” about Cancel Culture “and JK Rowling”.

The author then saw the tweet and attacked the singer, saying that she “enjoyed the recent surge of bearded men confidently stepping on their soapboxes to define what a woman is and show their support behind rape and death threats.” throw”.

In a later tweet, the singer replied, “Not complaining you got a view JK. I complain that you confuse my view with supporting rape and death threats.

“I have never expressed feelings like this and if you had any self-respect you would apologize for making such an obviously inflammatory allegation.”

The DWTS family mourns the loss of a legend

EXC: Mark Wright says their marriage makes it easier to be in the same industry as Michelle Keegan

The Kardashians episode 2: Kim Kardashian says Khloe is losing too much weight