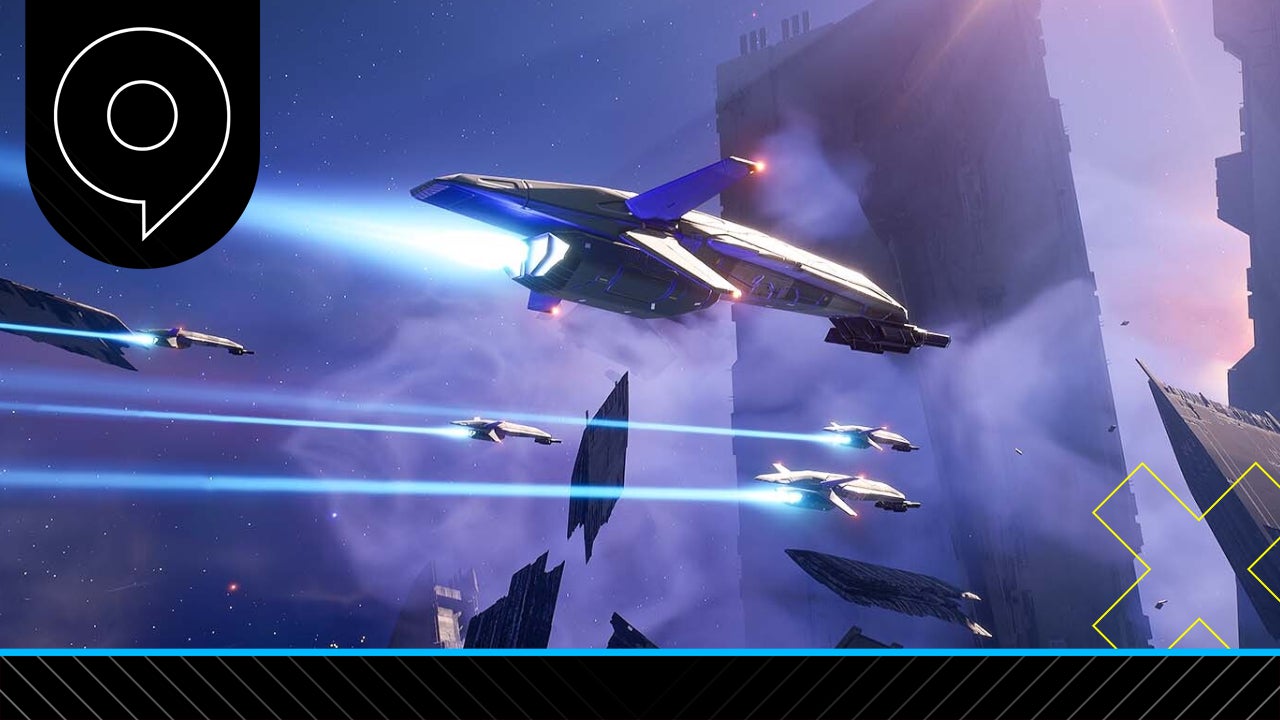 Space isn’t known for its interesting terrain. The word itself pretty much implies a total lack of terrain, and so it’s logical that the original Homeworld series – RTS games set in the airless vacuum of space – had no terrain. But that was in the early 2000s. Now, the long-awaited sequel Homeworld 3, due out in 2023, is reinventing one of the foundations of strategic space combat. It has terrain, which means it has cover mechanics, and that completely changes the game.

During an hour-long hands-on session at Gamescom 2022, I played two early Homeworld 3 missions; the tutorial-oriented Facility 315 and the more dangerous Kesura Oasis. Both were populated by dozens of terrain features; Asteroids, derelict spaceships, and colossal megastructures are just a few of the items floating around Homeworld 3’s maps.

The Kesura Oasis card design is the star of this special show. A huge, broken Star Destroyer-like ship serves as the foundation. It’s an amazing sight, up close you can see it’s meticulously detailed with dead machinery, flashing lights and mechanical “guts” oozing from its twisted and torn hull. However, if you zoom out, you can see the mechanical logic at play in its construction. From afar, the routes your units can take around this massive piece of terrain are clearly visible. Of course, in an RTS played in 3D space, your fleet can go over or under, but the colossal ship’s chunks have been split up to provide “lanes” for combat ships to fly through. Better yet, you can even send groups into the wreck’s engine exhaust, which serve as direct tunnels to the center of the map, where your ships can then reemerge from a breach in the hull. It’s almost like recreating the Death Star’s trench course.

All of this makes for a map design that’s far more rewarding to navigate than just an empty void, but when combat erupts, the terrain really comes into its own. The mission involved a number of powerful enemy ships capable of firing long barrages of homing missiles that blew my small reconnaissance and interceptor ships to pieces. In a frontal battle, my units didn’t stand a chance. But by using cover and flanking tactics, I was able to turn the tables. I had a unit of interceptors draw the enemy’s attention and then fly behind what developer Blackbird Interactive calls a “lily pad” (effectively a floating sheet of metal). While the enemy ships fired missile salvos at the interceptors, who survived thanks to their new camouflage, I was able to send in a squadron of bombers from behind. The missile ships stalled before they could wheel around and target their new attackers.

The cover options provided by the terrain add “soft” counter-tactics to your overall strategy.

Historically, the Homeworld series has always been about hard counters. Much like a game of rock, paper, and scissors, each unit has always had one ship they are strong against and one that they have a hard time fending off. That’s still true in Homeworld 3, but the cover options the terrain offers add “soft” counter-tactics to your overall strategy. Suddenly, units that shouldn’t have a chance can not only survive, but actively take out ships they wouldn’t normally have. For example, while these enemy missile ships are heavily countered by bombers, I was also able to destroy them with a group of interceptors able to flank while targeting the missiles at reconnaissance units hidden in cover. Sure, it was slower and less effective, but the scenario shows how new tactical opportunities can be found in this terrain.

As an early mission in the campaign, Kesura Oasis is relatively easy. While my fighters dealt with volleys of missiles through clever use of cover, I gradually moved my mothership over the rubble of the colossal structure so that it could provide fire support with its dozen or so heavy weapons. While all of this was happening, I had supply ships collect keys, which were inserted into the wreckage to activate the main objective: a giant hyperspace gate. It was pretty stress-free juggling between the two tasks, thanks largely to the extraordinarily intuitive controls that somehow always predict exactly where in 3D space you want to direct your fleet.

So the big question is what Homeworld 3 will look like when the pressure really mounts. Blackbird promised me that this was a game about strategy, positioning, and predictive thinking, about the superhuman action-per-minute gameplay that many RTS games prefer, and that’s deeply encouraging. I’m intrigued to see what this approach means for the kind of combat encounters and mission objectives that the story has in its later missions. It’s easy to imagine intricate structures offering all sorts of possibilities for flanking tactics or maybe even “space stealth” where ships can slip past enemy factions thanks to a series of sight-breaking freighters. Whatever awaits us in the overall campaign, I just hope that it really embraces and consistently encourages the kind of strategic terrain opportunities I’ve seen in this demo.

Kelly Clarkson teams up with Dolly Parton for a new duet

Factions’ multiplayer, Last of Us remake could be out in 2022, says industry insider