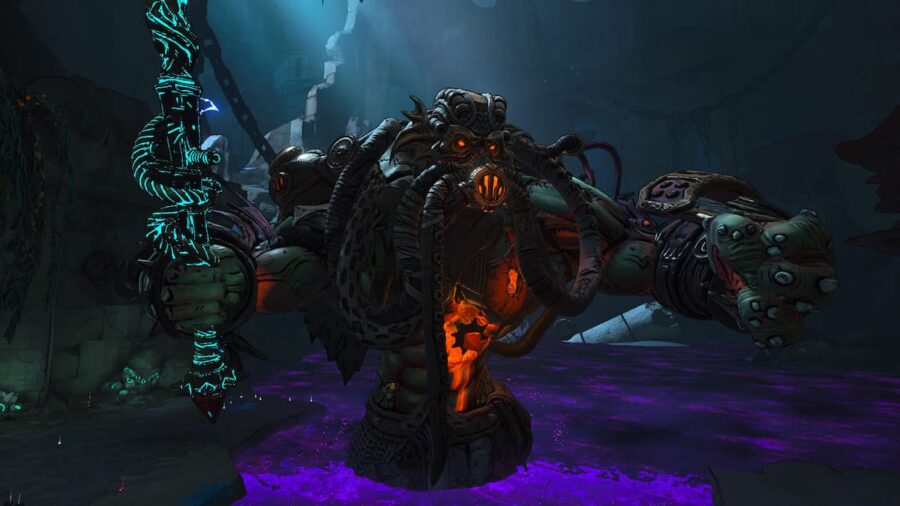 As they advance through the story of Tiny Tina’s Wonderlands, players will face many bosses and enemies. Some of the strongest bosses in the game are the story bosses. Dry’l is a boss that players fight during story progression in the Drowned Abyss Area. This boss is a long and difficult fight. It has three phases for players to work through, each increasing the boss’ aggressiveness and difficulty.

In its first phase, Dry’l is summoned Dry’l whose chains are the sea. He is very focused on melee attacks, which are difficult to avoid. To get out of this phase alive, players should stay mobile and run to the opposite side of the arena to Dry’l’s melee attacks. Aside from that, its first phase is a standard boss fight.

in phase two, Dry’l whose blood is thunder focuses on ranged attacks and hurls electric bolts at the player from afar. Players must shoot him from afar during this phase. Once his health is low enough, he will return to his close and personal position in the pool of water closest to the character. At this point, players can focus on heavy damage and melee attacks if that suits their character build.

In the final phase Dry’l whose heart is fire uses fireballs. These can deal massive damage to players if hit with direct contact, so the focus should be on defending and avoiding the attacks Dry’l dish out. The phase works the same as the second, and players can bring the boss closer by dealing damage from a distance while he throws his projectiles. During this phase, Coiled Soldiers will spawn and attack the player, so they should be dealt with as quickly as possible to avoid being overwhelmed by enemies.

What happens after Dry’l is defeated?

After Dry’l is defeated, players can proceed to the future story missions in the game. As with most bosses, defeating it will reward players with tons of loot, money, and XP. Since this is one of the more difficult boss fights in the game, players should be sure to gear up before confronting the sea god, but the game will quiet down a little after his defeat.

Is Persona 4 Arena Ultimax a sequel?

How to complete Burning Shame in Destiny 2

Five of the best sports games of 2021