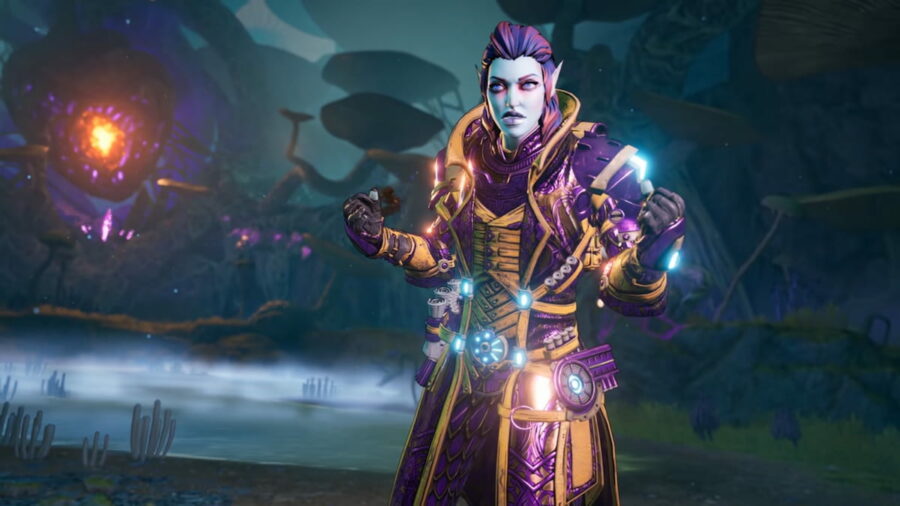 As the Fatemakers quest through the world of bunkers and badasses in Tiny Tina’s Wonderlands, they will encounter all kinds of tougher than normal encounters. One such fight is a mini-boss found in a fairly lengthy side quest.

Freezicles is an icy spectral skeleton that Fatemakers will encounter at level 14 in Chapter 4, Your Bard With All Might. He is found near the end of the Slayer of Vorcanar quest in the Weepwild Dankness zone.

Up to this point, there has probably not been an encounter that has proven too challenging for Fatemakers, which is what makes this particular fight stand out.

Freezicles moves quickly through the arena and each of his attacks deals an insane amount of damage in addition to inflicting the Frost status effect. This will slow down Fatemakers and open them up to more attacks. Therefore, it is important to keep moving and avoid attacks at all costs.

early in battle, Freezicles summon skeleton minions which should be done quickly. They don’t respawn after the first wave, so Fatemakers can focus on freezicles.

Keep your distance from Freezicles since he has multiple melee attacks that deal a lot of damage and also make it easier to spot his ranged attacks. Most importantly, have patience as this fight will likely take longer than any other up to this point. Take pictures when they present themselves, but don’t get greedy and don’t lock yourself in.

What is apocalypse gear in Outriders Worldslayer?

How long should you treat? Experts explain how to know when to stop

5 Letter words with AL in the middle – Wordle Help