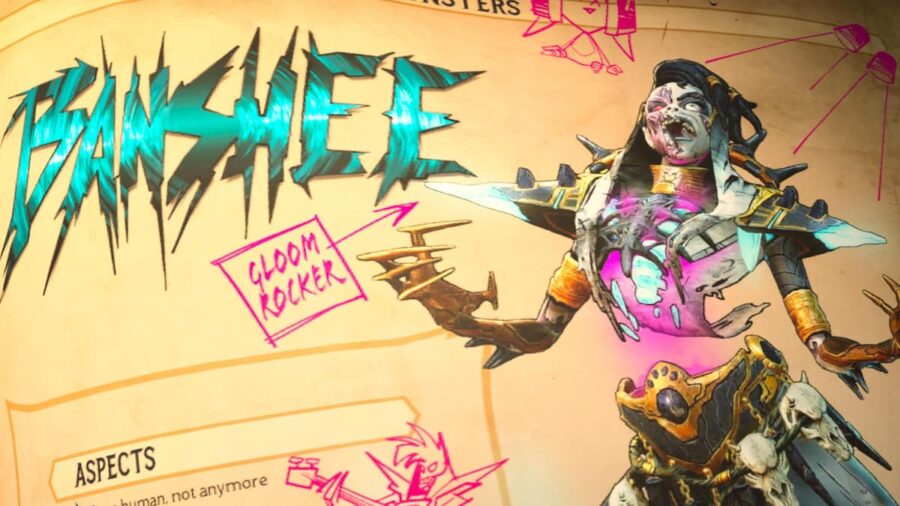 Tiny Tina’s Wonderlands sticks to the gun-heavy weirdness of past Borderlands games. There are many bosses that players will face on their way to defeat the Dragon Lord. One of these bosses is the Banshee. The Banshee is a boss in the Weepwild Dankness section of the game and can be difficult for low level players or on higher difficulties.

How to defeat the Banshee in Tiny Tina’s Wonderlands?

Tiny Tina’s Wonderlands doesn’t have a dodge button, so the first piece of advice for any boss fight in this game is to stay mobile. The constant movement makes players a more difficult target for many bosses’ slow attacks. This is especially true for the Banshee, as she will use a variety of trackable attacks like her lasers from meteor attacks.

The Banshee’s laser attacks send lasers across the arena that are either low or high depending on the player. When it comes to the low beams, players should just jump over them to avoid damage. For high beam, players can crouch and the attack will miss them completely.

In the second phase of Banshee’s fight, she covers the arena in a pink mist and floating skulls come out to fly around. Avoid the pink fog heavily as it can cause players to take damage. The skulls are not really a problem for the players and can easily be avoided. The skulls should be avoided rather than killed as players can use them to revive when downed as they only take a few shots to kill.

How Many NASCAR Street Courses Are There in the 2022 Season?

How to join the Friend Quest in Monster Hunter Rise

How to complete the Mike is Magical Challenge in BitLife