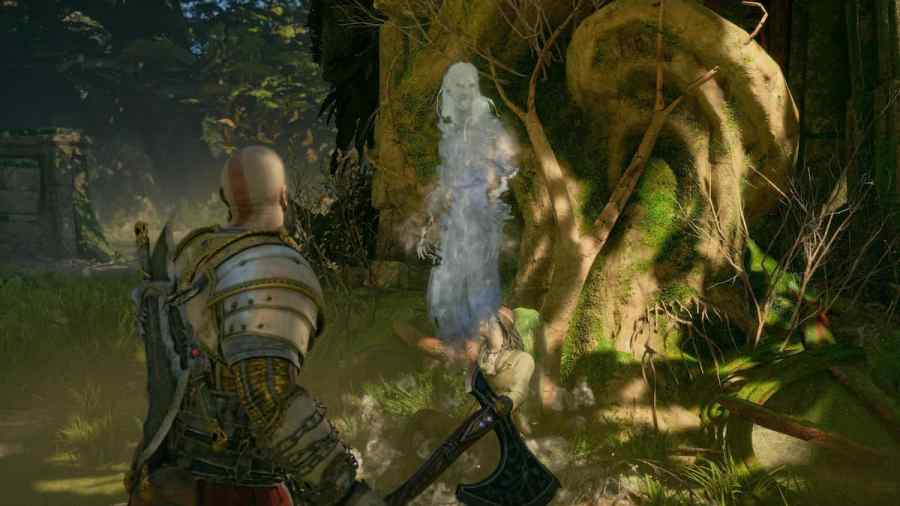 From the very beginning, players in God of War Ragnarok must solve tricky and perplexing puzzles. This is true throughout the game, and later in the game, puzzles can be really difficult to solve. One of the puzzles that can cause some trouble for the players is the one related to the title Favor garden for the deadlocated in Vanaheim. In this favor, players must eliminate poisonous totems to regrow a garden.

There are a total of three poison totems that Kratos must destroy in order to bring the garden back to life. These totems can be frozen with the Leviathan Axe, but to complete the boon they must be completely destroyed. This can only be achieved by locating the explosives container near the totems and detonating it with the Leviathan Ax or Draupnir Spear.

The first totem (on the left) can be destroyed by going to the back left side of the totem, where players should see the Explosives Container (on the right) exposed behind some debris.

The second totem (left) requires players to climb up a wall (at the arrow in the left image). From the top of this structure, players should have a clear shot of a frangible panel (right) which, when broken, will ignite the explosives canister and destroy the totem.

For the third and final totem (on the left), players should simply move to the right of the totem to see an explosives container exposed through a hole. Throw the Leviathan Ax or Draupnir Spear through the hole to destroy the totem.

Related: Where to find the three sealing bells on Alberich Island in God of War Ragnarok

Opening the Legendary Chest in this area is not an easy feat, but players should be able to accomplish it by following the steps below:

1. At the beginning, players should find the open window of the room with the legendary chest. Through the window they see a counterweight responsible for keeping the door closed, held in place by a breakable plate (inside the circle in the image above). That’s what Kratos needs to move to gain access to the chest. Players should shoot Freya’s sealing arrows at the two X’s in the image above. Two arrows on each X give players the best chance of reaching it later in the puzzle.

2. After players placed the sigils on the Xs in step 1, they should proceed around this structure and place another sigil on the X marked in the image above. This should connect to the other two sigils placed inside. Players should be able to tell how bright the central icon is on the sigil. Once that sigil is in place, use Kratos’ Blades of Chaos to burn the closest one and there should be a chain reaction burning the spikes inside holding the counterweight in place.

3. Once steps 1 and 2 are done, players can go back to the original window where they will have a clear shot of the breakable disk shown in the above image. Throw the Leviathan Ax at this panel to open the door and gain access to the Legendary Chest inside.

https://progameguides.com/god-of-war/how-to-destroy-the-poison-totems-in-god-of-war-ragnarok/ How to destroy the poison totems in God of War Ragnarok

How to get rid of Enkanomiya in Genshin impact

How to complete ‘The Daunt Relic’ ruins in Horizon Forbidden West?