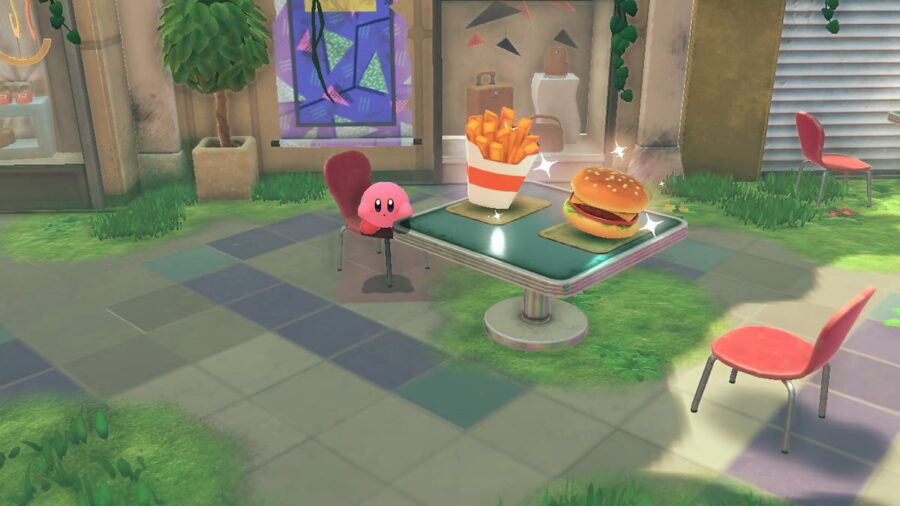 Kirby is tasked with completing all possible missions in each phase of the latest entry in the series, Kirby and the Forgotten Land. Called on stage Invasion of the House of Secretsthe third stage in Wondaria staysthe players must find three Hidden Snacks to complete one of these missions.

Where are the three hidden snacks in Invasion of the House of Deadlock?

This stage can be tricky to navigate as much of it is played out in an almost pitch black room. Here’s how to get to each of the snacks during this spooky phase.

The first hidden snack is secretly hidden behind a stack of multicolored hexagonal objects. As soon as the camera angle rotates, the chocolate bar will come into view.

Related: Where to find all hidden Waddle Dees in Invasion at the House of Horrors – Kirby and the Forgotten Land

Another hidden snack is in the dimly lit room where Kirby uses the Lightbulb Bite Mode. It appears as red macaroon and is in the back of the room to the left of a door with three stars above it.

The Last Hidden Snack, a piece of cakecan be found later in the level behind a stack of smaller hexagonal objects.

Who has qualified and who is still contesting?

Apex Legends Prime Gaming loot not working – How to fix it