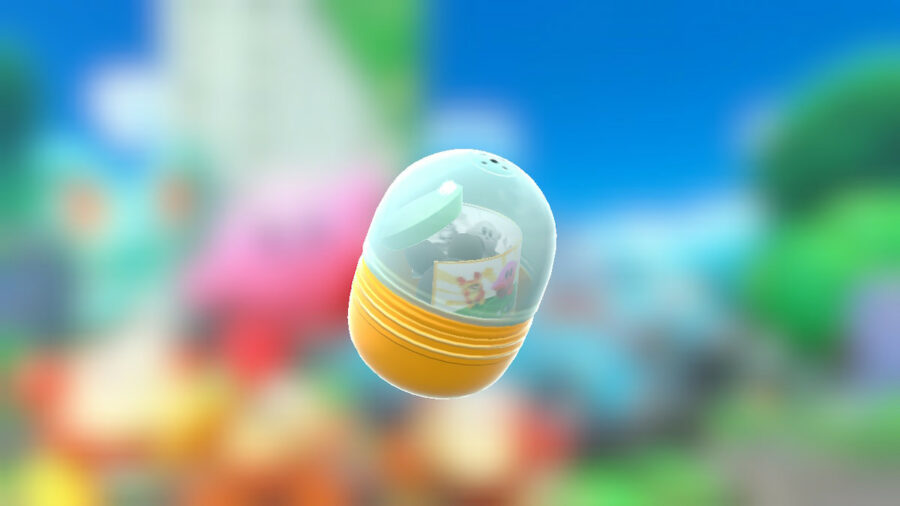 Extra loot is always welcome when playing Kirby and the Forgotten Land. One way to snag some loot along the way is by collecting Gacha Capsules (aka Gotcha), which contain unique characters that can be collected.

As you complete levels, whether you’re doing it in single player or multiplayer, you’ll get the chance to collect gacha figures. In the middle of the game level you can find gacha capsules in hidden places like boxes or hidden alcoves. Depending on your performance, you can also earn Gacha Capsules at the end of the level.

Related: All donut locations in A Trip to Alivel Mall in Kirby and the Forgotten Land

The Gacha Machine (sometimes spelled Gotcha) can be earned in-game to reside in the city. There are three tiers of gacha machines that are earned in points later and later in the game. To unlock the gacha machine volume 1 you must first complete the Brawl at the Mall level in gameplay. After that, you will have a gacha machine in your town that costs 10 Star Coins for each draw.

Not only is a ploughman's lunch "cancelled," but the name doesn't make any sense

How to Recruit Trish in Triangle Strategy