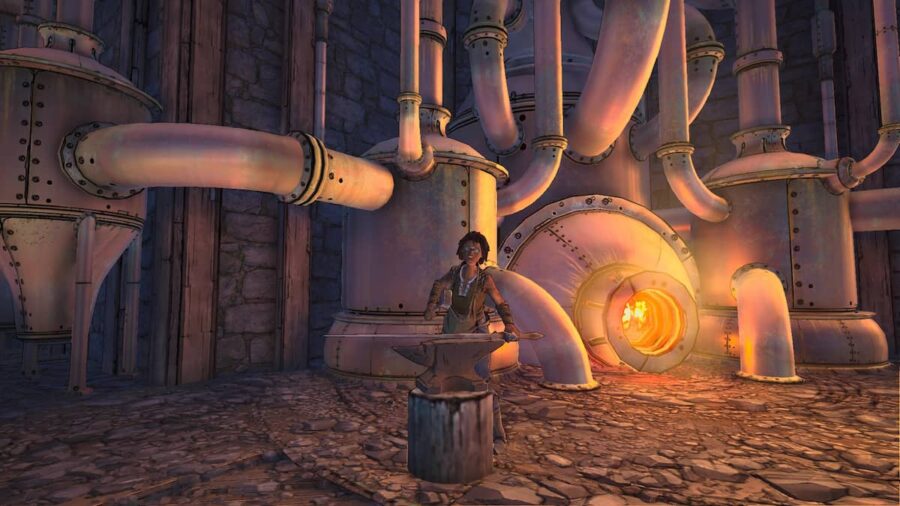 Tiny Tina’s Wonderlands is a unique entry into the Borderlands series, and while it has many new and improved mechanics, there are a few things the game has retained from previous entries in the franchise. Gunplay is still an important part of Tiny Tina’s Wonderlands, and running out of ammo can become a far too common problem for players. Ammo capacity can be increased by visiting Blacksmith in Brighthoof.

Where do you increase ammo capacity?

Ammo capacity can be increased in Brighthoof by visiting the blacksmith and then checking her upgrades table. Found in the Forge, it provides players with all the necessary upgrades they will need throughout their adventure.

The blacksmith isn’t in Brighthoof to begin with. Players must first restore Brighthoof to its former glory. The Dragon Lord has corrupted Queen Butt Stallion’s lands and players must bring the light and glory back to the kingdom. Brighthoof can be restored by finding the Sword of Souls and bringing it back to Brighthoof’s Town Center. This happens as part of normal story progression, so players don’t have to bother completing it.

What music is used on the podium after the F1 Grand Prix?

How to explore Stellis City in Tears of Themis

Nintendo network down? How to check the server status of the Nintendo Network

How to complete the Treat Yourself Challenge in BitLife