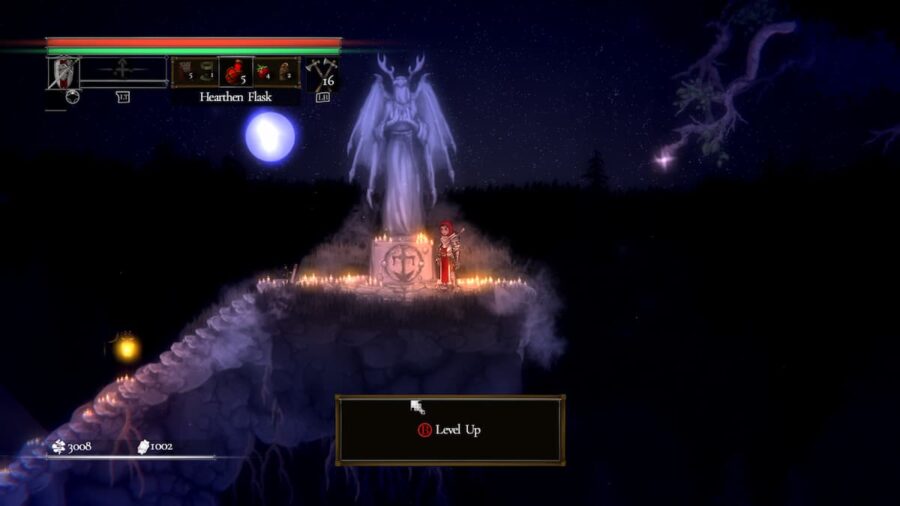 Salt and Sacrifice is a dark 2D platformer with soul-like combat and RPG mechanics. As the game progresses you will face more and more dangerous enemies. To better prepare yourself, you need to level up. However, this is not an automatic process, so you may be wondering how to level up in Salt and Sacrifice.

To level up in Salt and Sacrifice, you must accumulate Salt by defeating enemies. This acts as your experience points in the game. But that’s not enough. You also need to find the shrine and level up there manually.

Where to level up in Salt and Sacrifice?

You can level up Shrine in Pardoner’s Vale. This is the big statue you can find in top of the camp. You can either take the stairs to the left of Champion Hera, or use the grappling hook to reach him by the trees to the right of Champion Hera. You can also use Starstones here to gain skills.

Related: How to become innocent in Salt and Sacrifice

How to get Star Stones in Salt and Sacrifice

Starstones are an important resource in Salt and Sacrifice. These take some getting used to acquire skills and traits. The main way to get Black and Gray Starstones is over level up. In each level you get a black star stone, while every five levels you get a gray star stone.

Some players have reported finding starstones as enemy drops, but we haven’t encountered them ourselves. But you can keep farming enemies and maybe you’ll get lucky and get a Starstone.

Who are Giannis Antetokounmpo's parents and where are they from?

How to defeat the Tree Sentinel in the Elden Ring