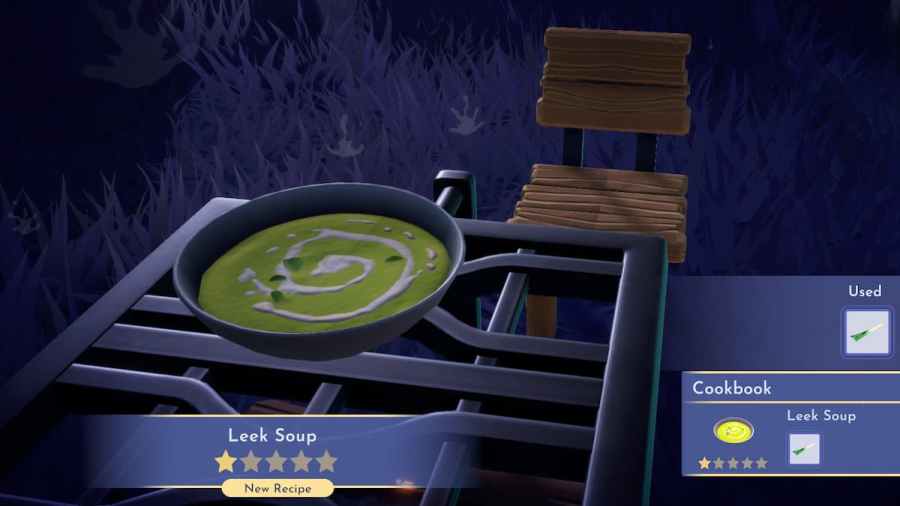 Leek Soup is a one-star recipe in Disney Dreamlight Valley, meaning it only requires one ingredient to make. To prepare the leek soup you will need a piece of leek. You can find this ingredient in the Forgotten Lands biome. To unlock this biome, players need to spend money 15,000 Dreamlight. Leeks do not grow in the wild and can only be purchased from Goofy’s Stable in the Forgotten Lands biome. Players can purchase leeks for 464 Star Coins.

Related: How to cook spaghetti arrabbiata in Disney Dreamlight Valley

You can also buy Leek Seeds for 120 Star Coins. However, in order to get the leek seeds, you need to upgrade Goofy’s stable. It is better to buy the seeds as they cost much less and you can plant and harvest this ingredient in any place. Leek seeds grow in an hour, and each harvest gives you a piece of the ingredient. Once you have the ingredient, head to a cooking station. Use a Coal Ore to cook the Leek Soup.

The potato and leek soup is another twist on this dish, and this recipe is a five-star appetizer. Players can consume the Leek Soup to gain 414 energy. You can also sell this dish for 370 Star Coins. If you don’t eat this meal, gift it to a companion as it will help increase friendship levels with the character.

'The Voice' 2022 recap: Knockouts winners and who went home?

Known Bugs & Glitches in COD Warzone Pacific & How to Fix Them

How to Use Julio Wrightman – Triangle Strategy Unit Guide