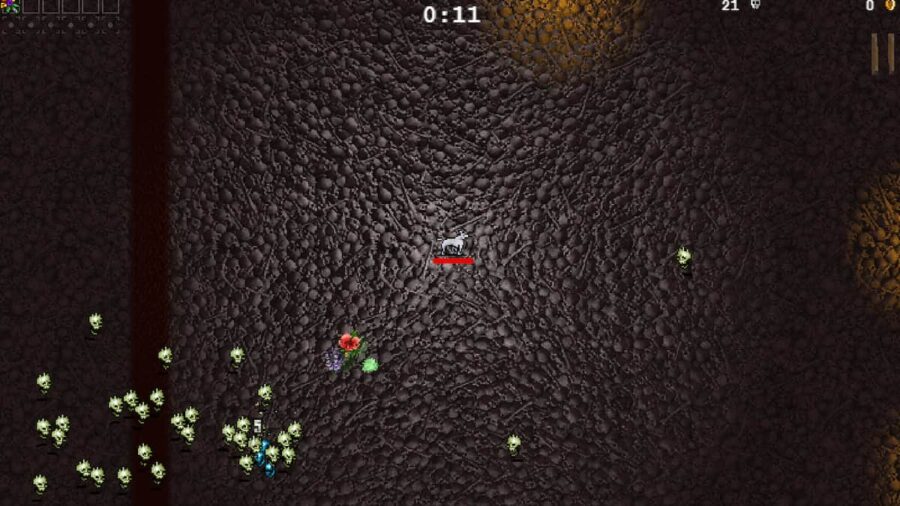 With the release of Update 0.5.1 for Vampire Survivors, developer Luca Galante, better known as Poncle, has added a ton of new features. There’s a new hard challenge level, a new weapon, more arcanas, and most importantly, a new character.

The new character is called O’Sole Meeo and he is a dog who shoots bouquets of flowers everywhere. How to unlock this new dog character:

How to unlock a new character from Update 0.5.1 in Vampire Survivors

Your first step to unlocking the new character O’Sole Meeo is to unlock all the basic phases of the game. Then you have to enter the Gallo Tower and kill a total of 3000 Dragon Shrimp enemies in all your runs. You can use any character for this.

Once you reach this milestone, you will receive an achievement and be able to purchase O’Sole Meeo from the character select screen. If you’ve already achieved this prior to the patch, simply start and complete any run to unlock the character.

Related: How to unlock the Gatti Amari weapon in Vampire Survivors

Where to find dragon shrimp in Vampire Survivors?

Finding Dragon Shrimp can be one of the hardest parts of unlocking O’Sole Meeo. These enemies only spawn in the Gallo Tower. They look like curled up versions of the Bone Dragons crossing each other horizontally across the screen.

Their waves spawn at 11:00 AM, 8:00 PM, and sometimes in the last few waves before the 30-minute Reaper spawn. A single run through Gallo Tower should be enough to kill enough dragon shrimp.

How to complete Thop’s Questline in Elden Ring

Where is the fire station in Roblox My Hello Kitty Cafe?