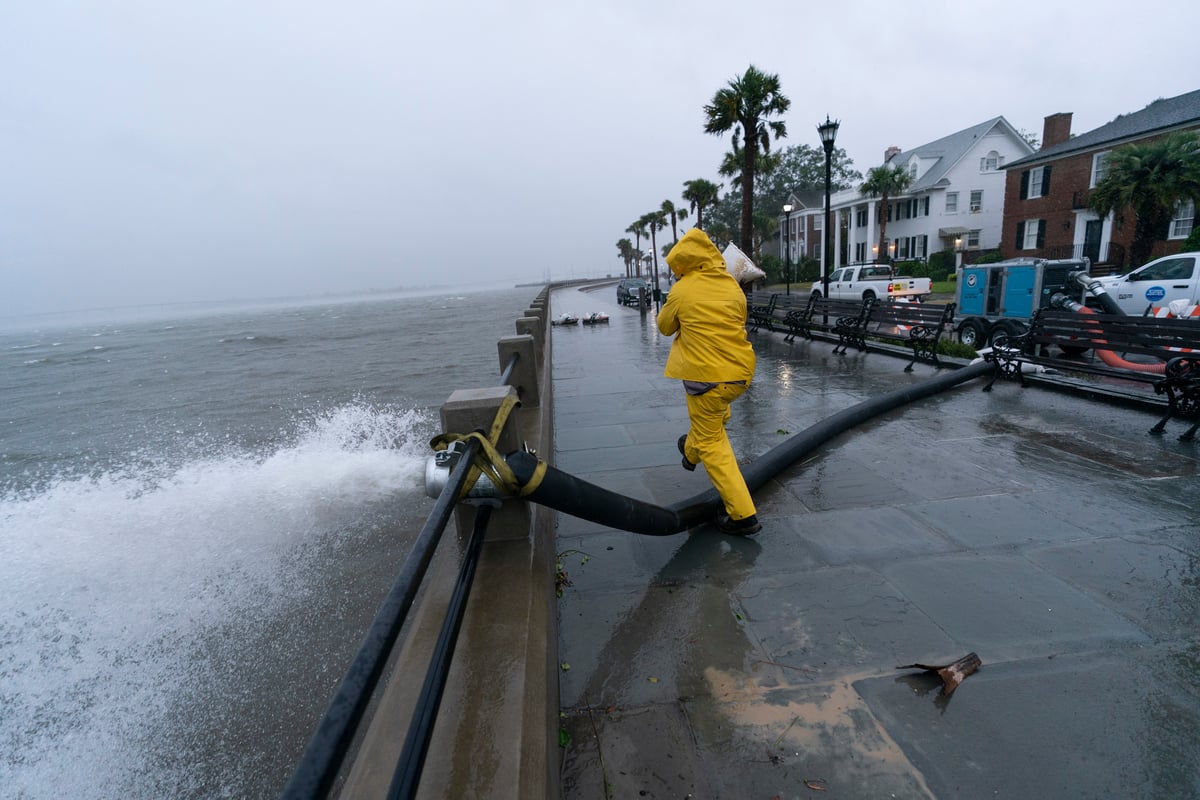 Hurricane Ian made landfall again Friday, this time in South Carolina, after wreaking havoc in Florida earlier this week.

The US National Hurricane Center said Ian’s center made landfall near Georgetown on Friday with maximum sustained winds of 85 miles per hour.

It later dropped and became a post-tropical cyclone with maximum sustained winds of 70 miles per hour.

Before landfall, rain showers lashed trees and power lines, leaving many areas of the Charleston Peninsula submerged by midday.

A popular pier in the beach community of Pawleys Island collapsed and floated away.

In Myrtle Beach, waves pushed against the city’s tourist area, pouring over where thousands of tourists normally fill the wide, sandy beach.

Ian left a trail of destruction in its wake after making landfall on Florida’s Gulf Coast in one of the strongest storms to ever hit the United States.

The storm inundated areas on both Florida coasts, knocking homes out of their foundations, destroying beachfront businesses and leaving more than two million people without power.

At least 17 people have been confirmed dead in the US as officials search for people.

Rescue crews steered boats and waded the streets on Thursday to rescue thousands of people trapped between flooded homes and buildings destroyed by Hurricane Ian.

“It was really a Herculean effort,” he said during a news conference in Tallahassee.

Among those killed were an 80-year-old woman and a 94-year-old man who depended on oxygen equipment that stopped working during power outages, and a 67-year-old man who awaited rescue and died after he was at his home in authorities said.

Officials fear the death toll could rise significantly given the vast territory inundated by the storm.

At least three people were killed in Cuba after the hurricane hit there on Tuesday.

“I don’t know how anyone survived there,” said William Goodison amid the rubble of a trailer park where he had lived for 11 years. He weathered the storm at his son’s home inland.

The hurricane swept through the park of about 60 homes, leaving many destroyed or irreparably mutilated, including Mr Goodison’s.

Hours after weakening to a tropical storm while crossing the Florida Peninsula, Ian regained strength over the Atlantic on Thursday.

Hallmark’s Countdown to Christmas movie lineup is finally out, and some people aren’t happy about it

Most Wanted in Houston: Lorrain Smith Wanted Since 2009