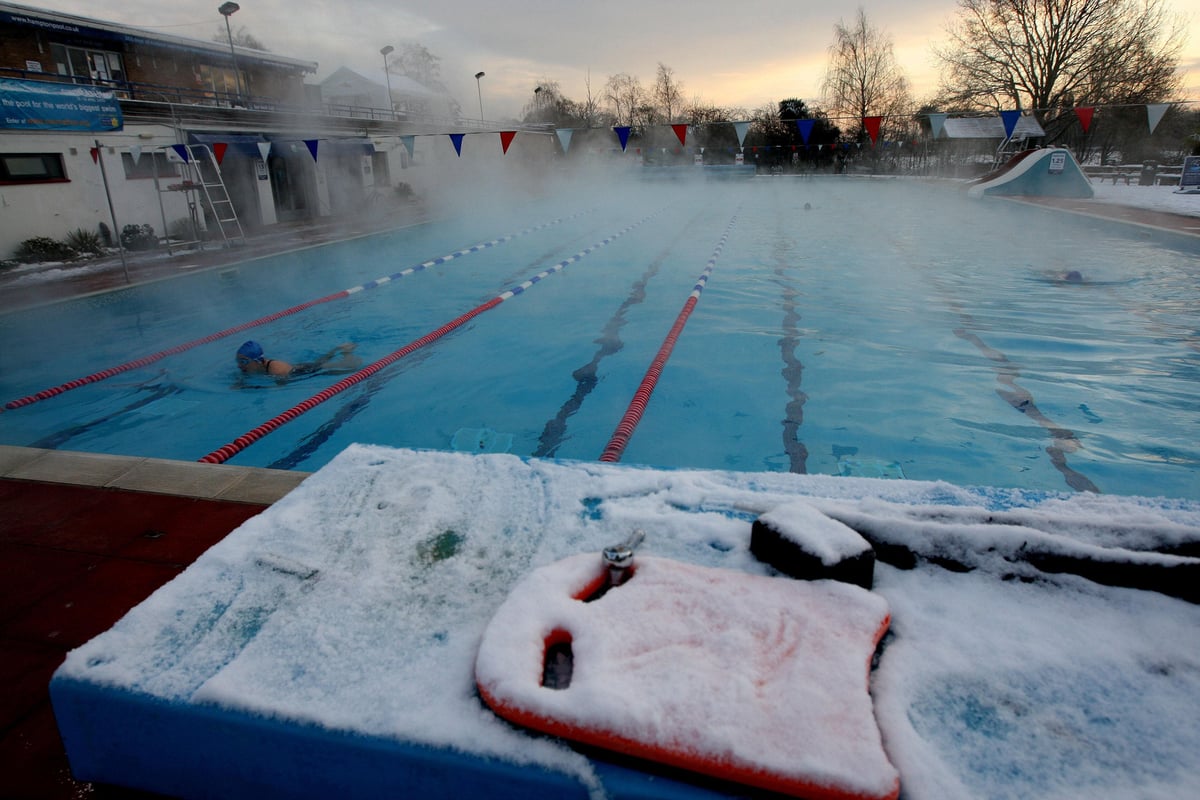 Soaking in ice-cold water can reduce bad body fat in men and lower the risk of conditions like diabetes, a new study finds.

The researchers looked at 104 studies and found that many reported significant effects of cold-water swimming, including on good fat, which helps burn calories.

They suggest this may protect against obesity and cardiovascular disease.

But the review was overall inconclusive on the health benefits of cold-water bathing, an activity that’s growing in popularity.

From this review, it is evident that there is increasing scientific evidence that voluntary exposure to cold water can have some beneficial health effects

It’s unclear whether or not winter swimmers are inherently healthier, says the research team from UiT The Arctic University of Norway and the University Hospital of North Norway.

Lead author James Mercer of UiT said: “It is clear from this review that there is increasing scientific support that voluntary exposure to cold water may have some beneficial health effects.

“Many of the studies showed significant effects of cold water immersion on various physiological and biochemical parameters.

“But the question of whether these are beneficial to health or not is difficult to assess.

“Based on the findings of this review, many of the health benefits claimed from regular exposure to cold may not be causal.

“Instead, they can be explained by other factors, including an active lifestyle, stress management skills, social interactions, and a positive attitude.

“Without further meaningful studies, the topic will continue to be discussed.”

The study found that exposure to cold water — or air — also appears to increase production of the protein adiponectin by adipose tissue.

This protein plays a key role in protecting against insulin resistance, diabetes, and other diseases.

According to the results, repeated cold water immersion during the winter months significantly increased insulin sensitivity and decreased insulin concentrations.

Much of the available research has involved small numbers of people, often of one sex, and with different water temperatures and salinities.

The new study reports that weight loss, better mental health and increased libido are among the numerous health and well-being claims being made by advocates of regular cold water immersion or arising from anecdotal evidence.

It can take many forms such as B. swimming in cold water in winter, and is the subject of growing interest worldwide.

The primary objective of the review was to determine whether voluntary exposure to cold water has any health effects on humans.

The researchers excluded studies in which people wore wetsuits, accidentally submerged themselves in cold water, and had water temperatures greater than 20 degrees Celsius.

However, they say there is also a need for education about the health risks associated with bathing in icy water.

These include the effects of hypothermia, as well as heart and lung problems that are often associated with cold shock.

The results are published in the International Journal of Circumpolar Health.

Philadelphia Police Commissioner Danielle Outlaw discusses the epidemic of gun violence on GMA3: What You Need to Know

‘The crowd going to the Rittenhouse was bizarre!’ Rock star out of welcome for Kyle at his first rally