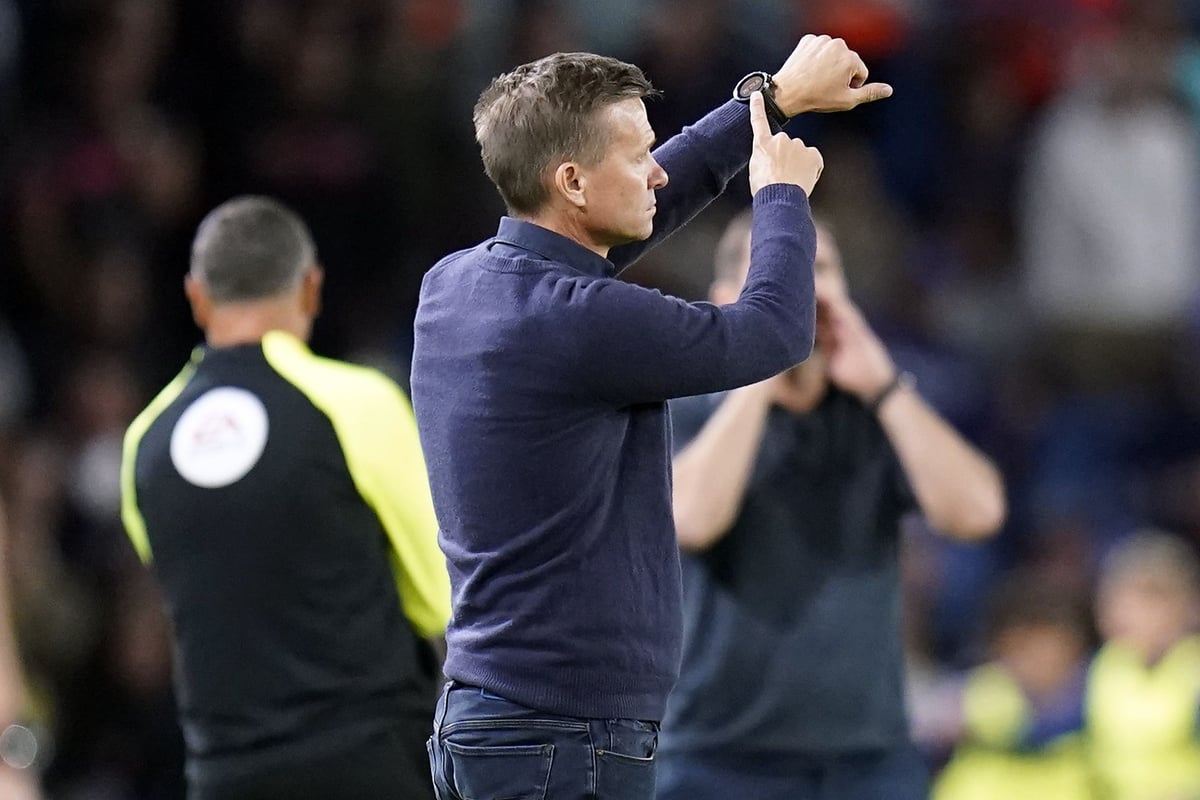 Leeds boss Jesse Marsch refused to speak about referee Stuart Attwell’s performance after his side of 10 drew 0-0 with Aston Villa in the Premier League.

Marsch, who was watching from the stands due to a touchline ban, had no complaints about the controversial second-half sacking of Leeds winger Luis Sinisterra for failing to withdraw from a free-kick.

But the American struggled with Villa’s perceived waste of time, which began in the first half as Attwell struggled to stay in control of a moody game in which he booked five other players.

“Ask me one more question because I don’t comment on the official,” said Marsch after the home fans chanted “You’re not fit for the referee” after the final whistle.

Marsch, who was sent off for a dispute with the fourth official in Leeds’ recent defeat at Brentford, said: “I’ll speak to someone in the league.

“I have already spoken to the Refereeing Committee that this (slowing down the game) is clearly a tactic.

“The managers were told, and they took up another hour and a half of our time this week to remind us that they will be more in control of the gameplay.

“I didn’t create that dialogue. That’s not my agenda, that’s the league’s agenda.

“I feel sorry for our fans if they have to see this. They want to see an energetic game, so I’ll take that up with someone. We will as a club.”

Colombian winger Sinisterra received his second yellow card for sticking out a leg to block a quickly taken Douglas Luiz free-kick in the 48th minute.

Attwell’s decision enraged home fans, but Marsch blamed it on his player’s naivety.

“The second yellow is not an intelligent game and it gets Luis in trouble and gets us in trouble,” said Marsch.

Villa came closest to breaking the impasse when Philippe Coutinho’s second-half volley hit a post and Ollie Watkins headed off the rebound.

Villa boss Steven Gerrard said he was “more frustrated than disappointed” after his side failed to prevail against 10 men.

But the former England skipper, who insisted Attwell “had a good game”, had little time for Marsch’s criticism of Villa’s waste of time.

He said: “Was he happy with their waste of time when they went to 10 (down)? It works both ways.

“I don’t really care what Jesse thinks and his opinions. We’ll do what we have to do.

“We wanted to frustrate Leeds. Leeds are a team looking to find their rhythm and counter-press. You want to be aggressive. You play vertically.

“They want to run you over. We slowed the game down to our pace and went to war when needed.”

Biden at the Improv: Ukraine and the Perils of Foreign Policy by Open Mic