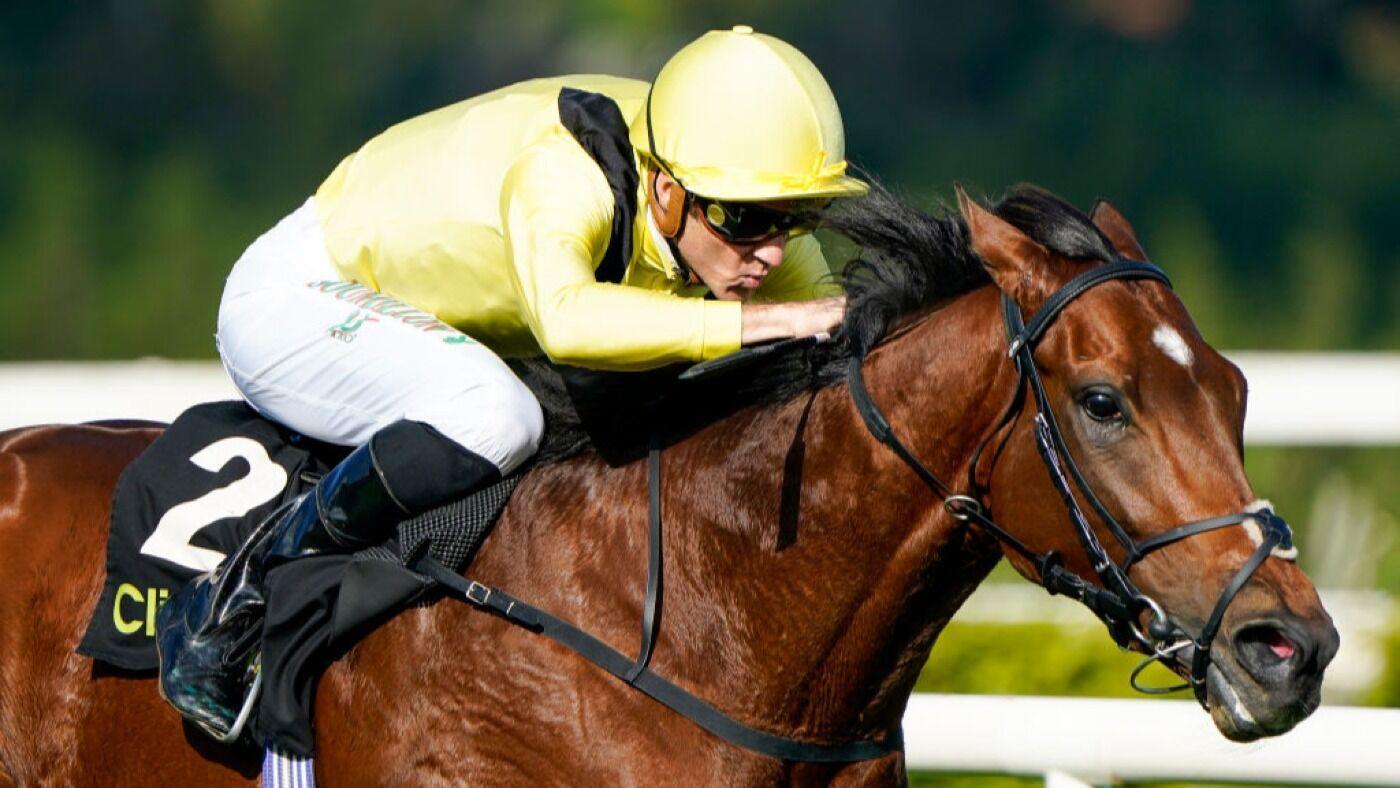 Highly decorated jockey Christophe Soumillon has been banned for 60 days after elbowing opponent Rossa Ryan during a race, causing Ryan to fall off a horse running at 35mph. The incident happened on Friday during the Thomas Bryon Stakes at Saint-Cloud in Paris.

Soumillon drove Syros in the six-runner race. Ryan riding Captain Wierzba was on his outside. Soumillon used his right elbow to push his competitor, who fell and rolled three times on the grass. Luckily, Ryan wasn’t kicked by a horse, and he was able to get up and get out of the way. Ryan was examined at the scene by ambulance and later reported unharmed. Here’s a look at the incident:

Syros finished second behind Continuous but was ultimately disqualified. Soumillon explained what happened and apologized for his actions in an interview with Sky Sports Racing.

“I got a little pressure from Rossa on my outside trying to keep a better position behind Ryan [Moore, riding Continuous],” said Soumillon. “I put my elbow against him just to make him realize I wasn’t going inside. I knew right away that I made a mistake and I’m terribly sad about what happened because I hate to see things like that.”

Soumillon described the incident as a “terrible mistake” that happened while he was focused on holding his position. He said he accepts his punishment and hopes it sets an example of what not to do.

“I really want to apologize to everyone,” Soumillon said. “I’m glad Rossa is doing well but it wasn’t a nice act on my part and I’m terribly sorry.”

According to Racing PostRyan described the incident as “one of those things” and kept a positive attitude.

“I just got a bump and lost my balance. It’s just one of those things that happens,” Ryan said. “I’m disappointed in Ralph [Beckett, Captain Wierzba’s trainer] and his team are bringing him here, but we’re moving on. The horse is fine, I am fine. That’s the main thing. I’m 100%.”

In the meantime, The Daily Mail reported Beckett wasn’t too angry either.

“He called me to apologize,” Beckett said. “It’s difficult to be outraged when someone apologizes, so it’s not me.”

Soumillon’s 60-day suspension is not set to begin immediately. The punishment begins October 14 and runs through December 12, allowing him to compete in the Prix de l’Arc de Triomphe with three-year-old Vadeni on Sunday.

https://www.cbssports.com/general/news/jockey-christophe-soumillon-banned-for-60-days-after-elbowing-opponent-rossa-ryan-off-his-horse-during-race/ Jockey Christophe Soumillon has been banned for 60 days after elbowing opponent Rossa Ryan off his horse during the race

Hugh Jackman, 53, shows off his torn biceps after a grueling, sweaty workout routine

Lala Kent opens up about being in a 'strange' place