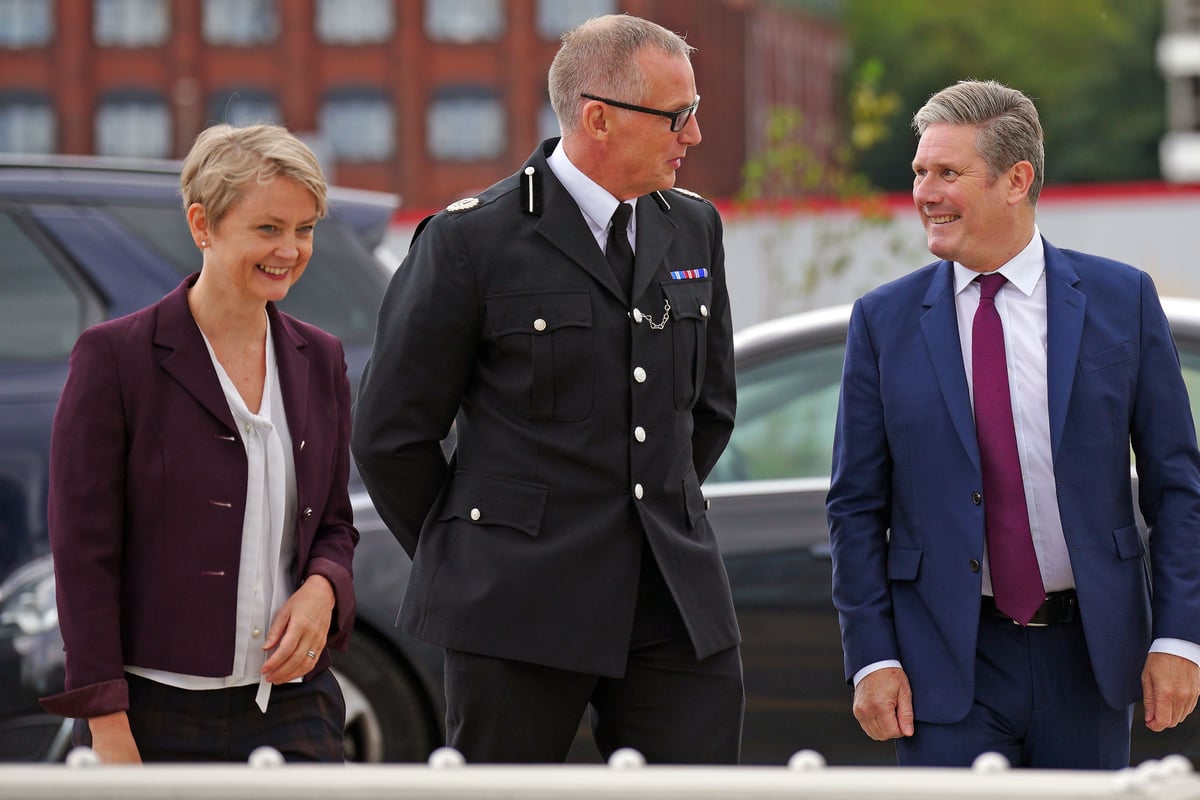 Labor will hire 13,000 extra police officers if it wins the next election, the shadow home secretary has said.

Yvette Cooper said on Sunday that a Labor government would recruit more police officers, PCSOs and special constables to curb crime and restore trust in the police.

She said at a side event at the Labor Party conference in Liverpool that the party will also bring back the focus of the last Labor government to neighborhood policing.

Ms Cooper said: “We are announcing this week that we will have to return to neighborhood policing. We have seen the clock turn back enormously in terms of policing in our communities that Labor brought in.”

The recruitment of 20,000 additional police officers was a key part of the Conservatives’ 2019 election manifesto, which reversed cuts in police numbers since 2010.

But police and detectives have claimed they still don’t have the numbers they had in 2010 and warned some new officers would be doing jobs previously done by police personnel, whose numbers have also fallen.

Ms Cooper said the focus on neighborhood policing is “about expanding policing in our communities, but it’s also about reform because it’s about the way we police when policing is embedded in those communities, provide information and collaborate”.

She said it was “incredibly important to get police officers into communities to prevent people from being drawn into crime, to keep people safe and to follow up on them.”

She slammed the government for a “lack of leadership” and a “laissez-faire approach” to policing that led people to believe “the police won’t be there”.

She added that trust had also been eroded by scandals, including misogynistic messages from officers at Charing Cross Police Station and the murder of Sarah Everard by an acting police officer.

Shadow Police Secretary Sarah Jones said at the same event that a Labor government would overhaul policing standards, including officers’ use of social media.

She said: “We must ensure that these brilliant police officers who make up the majority of our police officers are not dragged down by the few who do not express the cultures and behaviors that we would expect them to have.”

Ms Jones said Labor would speed up cases of police misconduct and introduce compulsory training on issues such as violence against women and girls and racism.

She also dismissed as “for the birds” Home Secretary Suella Braverman’s recent claims that police were spending too much time on “symbolic gestures”, instead pointing to the time officers are spending dealing with mental health crises and other non-police ones affairs spent .