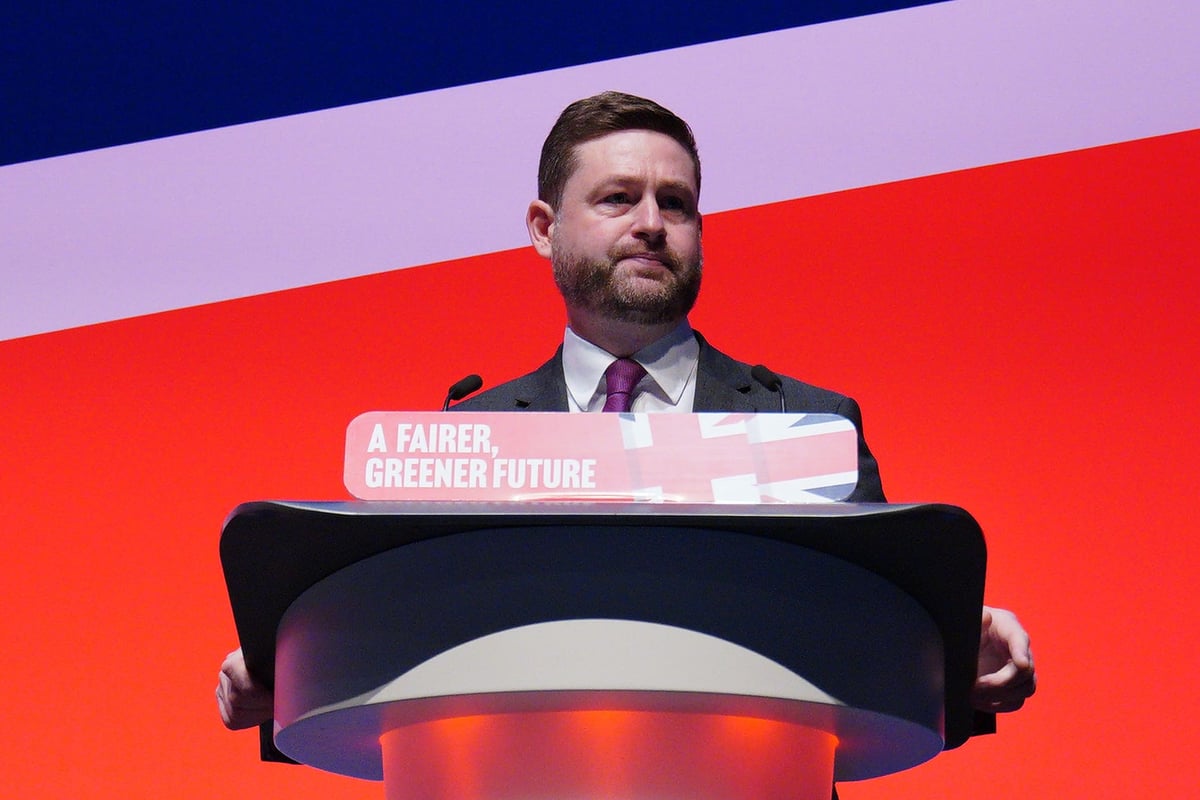 Water bosses will face jail time for the worst pollution incidents under a Labor government, the shadow environment secretary has announced.

Jim McMahon used his conference speech at the Labor conference in Liverpool to outline how his party would ‘clean up’ the water system if in power, after being introduced on stage by a surprise speaker – Feargal Sharkey, the frontman by The Undertones.

The shadow environment secretary said Labor would introduce a legally binding target to end 90% of discharges by 2030 and tougher sanctions and fines for bosses and companies that don’t do it.

Outlining Labour’s plans, the shadow Environment Secretary said: “A Labor government will end the scandal that is causing us to lose a quarter of all clean water to preventable leaks while at the same time declaring water shortages.

“We will fix the leak by legislating to halve all of this by 2050 at the latest.

“But we will also include a legally binding target that 90% of all wastewater discharges will end by 2030.”

Mr McMahon told members it would “not hide the problem” and that Labor would call for “mandatory monitors at all sewage outlets” and introduce “automatic fines for every single sewage discharge”.

“We’re not going to wait for expensive and lengthy investigations, we’re going to kick their ass from day one,” he said.

He added that outlets that have not “set up a monitoring station” will be charged a base fee and that Labor will protect customers by “limiting bill hikes”.

He added: “Let me be clear: we will ensure that any failure to improve the system is paid for by eroded dividends. That will give directors and investors the wake-up call they need, and I hope the clarity they need too.

“And after a decade of indifference, we will do what the Tories have failed to do. Labor will finally hold the water bosses personally accountable for their failures.

“A Labor government will remove directors who fail. And, yes, conference, we will introduce prison sentences for those offenses for the most serious offences, including willfully misleading investigations.”

In his speech, Mr Sharkey accused the government and water companies of launching an “unprecedented assault” on the environment.

The Northern Ireland singer recalled his early political experiences as a child before speaking at the Labor Party conference in Liverpool: “Injustice not only extends to the societies we build, the worlds we create, permeates them and pollutes everything we touch.

“As I speak, a brutal example of injustice immediately comes to mind.

“Privatized by Margaret Thatcher, run for the last 12 years by a Conservative government drunk on complacency, founded on indifference, backed by a regulatory system invested by failure, and exploited by an industry corrupted by the scent of greed will – I’m in. Of course we’re talking about water management.”

Mr Sharkey highlighted the extent of sewage being pumped into rivers and waterways in England and the dividends and premiums paid by companies.

Mr Sharkey said the “attack doesn’t stop there”, adding: “While it was handing the richest people in the country a tax cut last week, the government was quietly rolling out some new legislation that will allow ministers to scrutinize every single piece Repeal EU environmental legislation in this country with the stroke of a pen and without parliamentary control.

“What we are witnessing together between industry and government is an unprecedented assault on the environment that must stop.”

https://www.newschainonline.com/news/labour-issues-prison-threat-for-bosses-under-plans-to-clean-up-water-industry-294847 Labor threatens bosses with jail in plans to clean up the water industry

How to change language in FIFA 23

The death toll from Hurricane Ian in Florida rises to 47