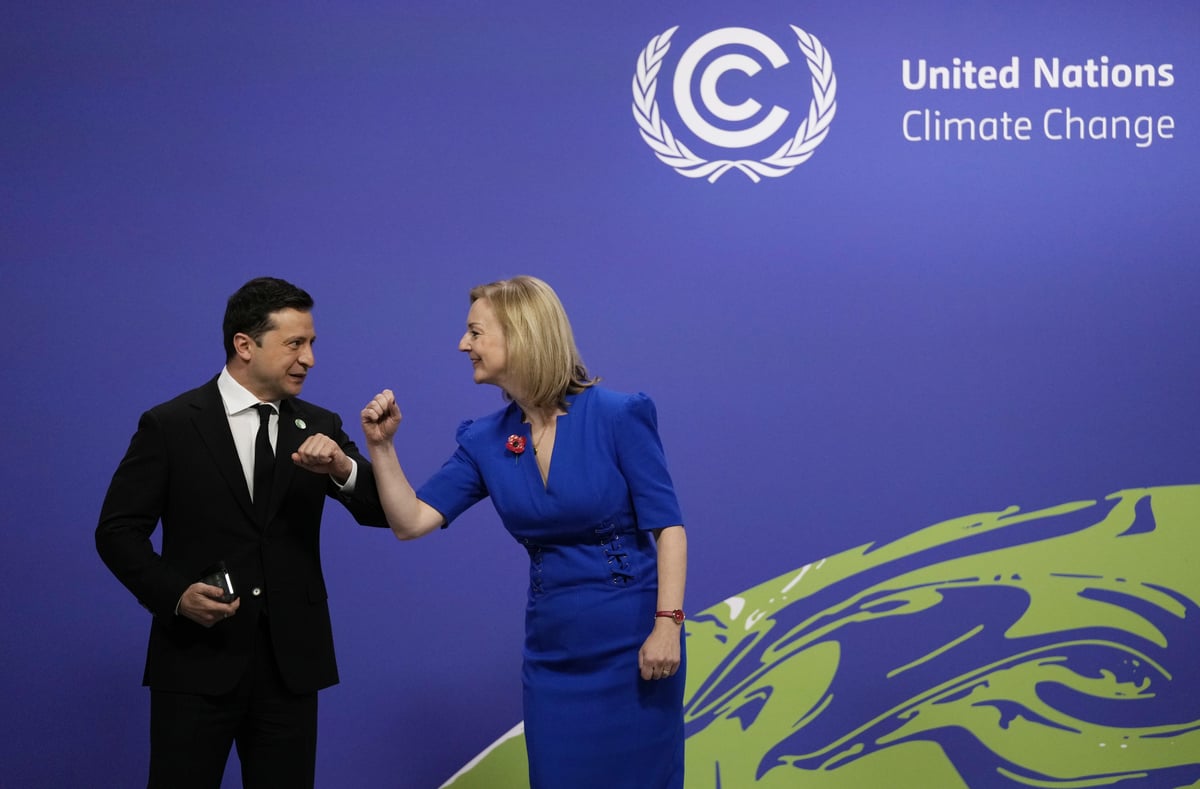 Liz Truss accepted an invitation from President Volodymyr Zelenskyy to visit Ukraine during her first phone conversation as Prime Minister with a foreign leader.

It comes after US President Joe Biden congratulated Ms Truss on her appointment as prime minister and promised to deepen the “special relationship” between the US and Britain.

In a statement, the Ukrainian President said he thanked the British people for their support.

Mr Zelensky tweeted: “I was the first foreign leader to have a conversation with the newly elected (British) Prime Minister @trussliz. Invited her to (Ukraine). I thanked the (British) people for the great defense and economic aid to (Ukraine). It is important that (Britain) is ready to continue to strengthen it. Attention was paid to security guarantees.

“We discussed the involvement of (Britain) in the recovery of (Ukraine). Coordinated further pressure on the RF (Russian Federation). The goal is to stop the aggression and bring the perpetrators to justice. It is important to designate the RF as a terrorist state. We will continue active interaction in all formats.”

A Downing Street spokeswoman said Ms Truss had told the Ukrainian President his country could count on UK help “in the long run”.

“In her first meeting with a counterpart since taking office as Prime Minister, she reiterated to the Ukrainian leader that he has her full support and that Ukraine can count on UK support in the long term,” she said.

“President Zelenskyy thanked the Prime Minister for the United Kingdom’s unwavering support and congratulated her on her appointment.

“Leaders discussed the need to strengthen global security and the actions needed to cut off the funds fueling Putin’s war machine.

“Leaders deplored Putin’s attempts to weaponize energy, and the prime minister said it was vital that Russia’s blackmail didn’t stop the West from seeing Putin fail. She also stressed the importance of ensuring the UK and its allies continue to build energy independence.”

The spokeswoman added that the Prime Minister was “delighted” to accept an invitation to visit Ukraine.

“She praised Ukrainians’ struggle for sovereignty and self-determination and said it was crucial that Ukraine succeeds and Russia fails,” she said.

“The Prime Minister said she looks forward to working with the President in the coming weeks and months and is pleased to accept an invitation to President Zelenskyy to visit Ukraine in the near future.”

Earlier, the US President became the first world leader to congratulate Ms. Truss on her new position.

Just as Mrs Truss was finishing her speech and officially entering Downing Street, the US President tweeted: “Congratulations to Prime Minister Liz Truss.

“I look forward to deepening the special ties between our countries and working closely together on global challenges, including continuing to help Ukraine defend against Russian aggression.”

Mr. Biden later spoke to the Prime Minister in a phone call.

A Downing Street spokeswoman said the couple had reflected on the “enduring strength” of the special relationship and discussed the Belfast Agreement.

“The PM looked forward to working closely with President Biden as leaders of free democracies to address common challenges, particularly the extreme economic problems sparked by Putin’s war,” she said.

“The Prime Minister and President Biden have reflected on the continued strength of the special relationship. They agreed that the partnership between our countries, strengthened by our shared values, is crucial to defending and promoting freedom and democracy in the world.

“They agreed to build on these ties, including through NATO and Aukus promotion of our deep defense alliance.

“Leaders have reiterated their commitment to strengthening global freedoms, addressing the risks posed by autocracies and ensuring Putin’s failure in Ukraine.

“The Prime Minister and President discussed a range of domestic issues and agreed on the importance of protecting the Belfast (Good Friday) Agreement.”

Cheyenne Floyd reveals details about a man who 'shot' her

Does Moonbreaker have controller support?