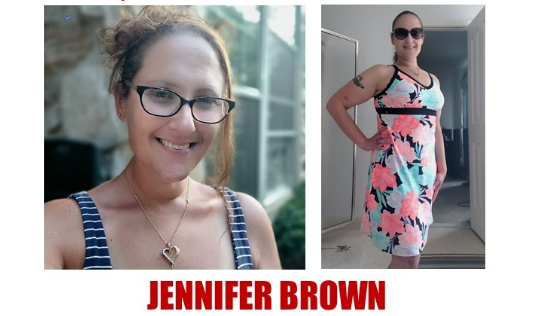 During a news conference on Wed. On Jan. 18, Montgomery County District Attorney Kevin Steele announced, “I am sorry to report that we have found the Jennifer Brown that we were looking for and she is dead.”

After two weeks of investigations, officials revealed that Jennifer Brown’s body was found buried in a shallow grave behind an industrial building in Royersford, Pennsylvania.

I can’t tell you how many people went through this and in this case helped locate her.” “We hoped and prayed that she would be safe. And she’s not,” Steele said.

According to the prosecutors’ original press release, Brown was supposed to pick up her son from the bus stop, but never showed up. Brown’s vehicle was parked in front of her home and her keys, wallet, purse and work cell phone were all found inside. Her personal cell phone was not found, but investigation showed it had not been used since the morning of January 4.

Jennifer’s family is offering a $15,000 reward for information on her whereabouts.

The Limerick Borough Police Department is still investigating, but no arrests or causes of death have been announced.