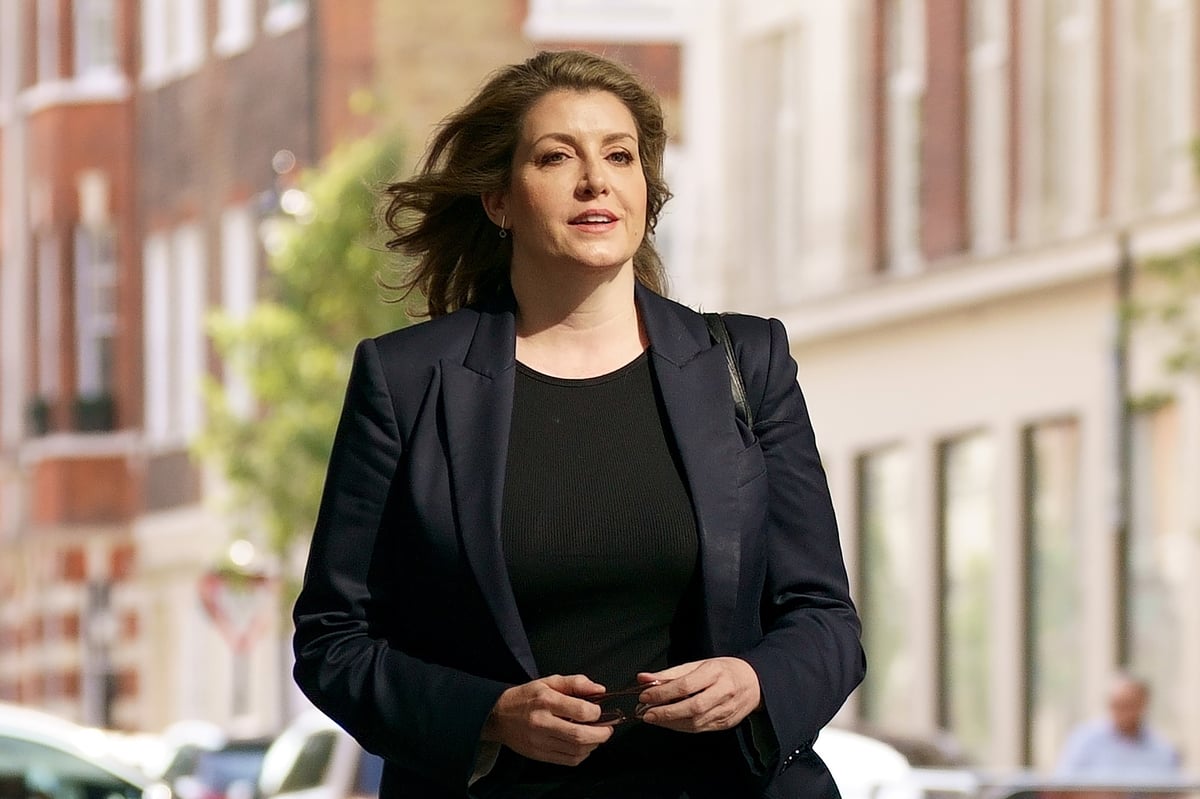 Penny Mordaunt has missed important meetings as Government Secretary to plan her leadership campaign, her department boss has announced.

The Commerce Secretary’s absence forced colleagues to pick up, International Trade Secretary Anne-Marie Trevelyan accused in a scathing attack on the hopeful leader.

The Cabinet minister is backing Tom Tugendhat for Conservative Party leader, but he risks being left out of the race in the next round of voting on Monday.

Asked about Ms. Mordaunt’s insight into the details, Ms. Trevelyan said: “We all do our jobs in different ways.

“Conceivably, perhaps, now that’s clear, Penny has spent a little time over the past few months focusing on preparing her leadership campaign, which I deeply respect, that’s how This system works.”

Ms Trevelyan told LBC Radio: “There have been a number of times when she was not present, which can be helpful, and other ministers have picked up the pieces.”

Candidates for Tory leadership will be reduced to just four as MPs vote in the third round of the contest to find Boris Johnson’s successor.

Mr Tugendhat had fewer votes than his remaining opponents in the final vote on Thursday and he looks set to be most in danger this round.

Ms. Trevelyan said she hoped he would get another chance to run for leadership if he failed in this attempt.

“He has this extraordinary ability to bring people together to work with him who would otherwise work together,” she said.

“I think it’s a real gift and I want the world to see it more.

“If this is not his moment, I hope that there will be a time in the future when he can lead the team.”

The remaining candidates engaged in a series of scathing exchanges during the latest televised debate – hosted by ITV – on Sunday night as the battle for places in the party vote returned more intense than ever.

Former prime minister Rishi Sunak, who topped both first ballots, has clashed with Ms Mordaunt and Foreign Minister Liz Truss over the economy.

And former equality minister Kemi Badenoch and Mr Tugendhat – who came fourth and fifth respectively in the final vote and are fighting to avoid disqualification – squared off who has the track record and experience as prime minister.

Ms. Truss hopes to get a vote from Attorney General Suella Braverman, who endorsed her candidacy after she was eliminated in the final round.

Despite voting Remain in the 2016 referendum, the Foreign Secretary was supported by many Brexiteers while Ms Braverman was a long-term supporter of leaving the EU.

Unless a significant portion of the 27 MPs who voted for Ms Braverman last time now switch to her, Ms Truss’ hopes of overhauling Ms Mordaunt in second place could be slim.

The foreign minister certainly opened the debate in a combative mood, attacking Mr. Sunak for slapping tariffs to their highest levels in 70 years, hampering an economic recovery in the process.

The former prime minister hit back, accusing her of peddling “economic nonsense”, adding that she was “not the Conservatives. That is socialism”.

He then asked her bluntly what she regretted the most – having been an Advocate or a Liberal Democrat.

Mr Sunak also spoke to Ms Mordaunt, saying her plan to relax fiscal rules and “put daily bills on the country’s credit card” was “not only wrong but very dangerous”.

“Even Jeremy Corbyn didn’t go that far,” he added.

Cabinet Secretary Kit Malthouse said he hoped the Tories would gather together in a “spirit of harmony and love” after the leadership battle.

He told Sky News: “All political parties are permanent coalitions and so are the Conservatives.

“A lively exchange of ideas, in a challenging time for the country, should be expected when you are talking about such important issues and the leadership role of a G7 country. .

“If it’s just a polite agreement and consensus across the board, there’s no point in having a competition.”

Mr Malthouse has not publicly declared his support for any candidate to succeed Mr Johnson.

A flurry of votes among Tory MPs this week will narrow the field to the final two, who will then face a summer of campaigning for the support of party members in one final vote.

The new leader will be announced on September 5 and is expected to become prime minister the next day.

Mr Sunak said that if successful his first overseas trip would be to Kyiv to highlight the UK’s continued support for Ukraine in the fight against Russian aggression.

“I will reinforce our policy of comprehensive support for Ukraine, which Boris has so persistently led,” he told The Sun.

But Ms. Mordaunt said her campaign has the backing of 10 Ukrainian MPs.

Meanwhile, Ms Truss, citing analysis by the Center for Economic and Business Research, reckons tax revenue in 2024/25 will be around £60 billion more than the Office of Accountability estimates. Budget, partly due to the impact of high inflation.

A spokeswoman for Ms Truss said: “The CEBR analysis shows that there is money to cut taxes while reducing debt.”

Political saboteurs are the way out of coercion