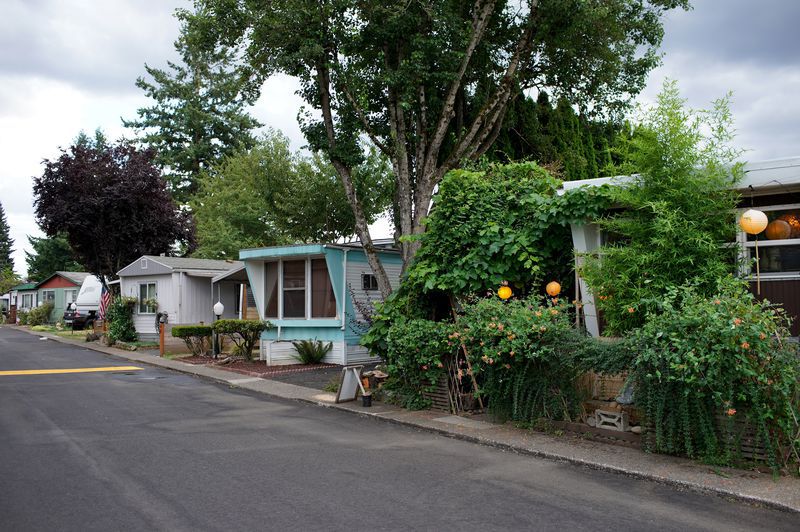 In a county desperate for housing, the most vulnerable are at the bottom of the pay scale — including the more than 4,900 homeowners whose median income is $38,000. That means they bring in barely half the county average of $73,000.

Until yesterday’s board vote, prefab homeowners got a break — they didn’t pay property taxes until the appraised value of their homes surpassed $38,000, but they paid taxes on the full value once they passed that threshold (the average appraised value for such Homes was $40,740 last year.)

However, in a unanimous vote yesterday, the Multnomah County Board of Commissioners raised the tax limit to $50,000. And if the appraised value of a manufactured home exceeds that amount, the owner only pays taxes on the value over $50,000, not the entire amount.

“We’re cutting taxes for the people who need that relief most,” said Commissioner Susheela Jayapal, who co-proposed the resolution with Commissioner Lori Stegmann.

“We can still do more, we still have to do more, but this is a big step,” added Stegmann. “We’re moving and we’re making a significant difference.”

District Evaluator Mike Vaughn’s office estimates the new program will cost the district about $350,000 and up to $3 million in all affected tax districts.

But Chairwoman Deborah Kafoury, who helped pass legislation in 2009 allowing local jurisdictions to make such changes, said the lost revenue is more than worth the benefit to low-income homeowners.

“These are really vulnerable people,” Kafoury said. “Anything we can do to help them stay in our homes and not end up in homelessness is worth our time.”

How does chemistry work in FIFA 23?