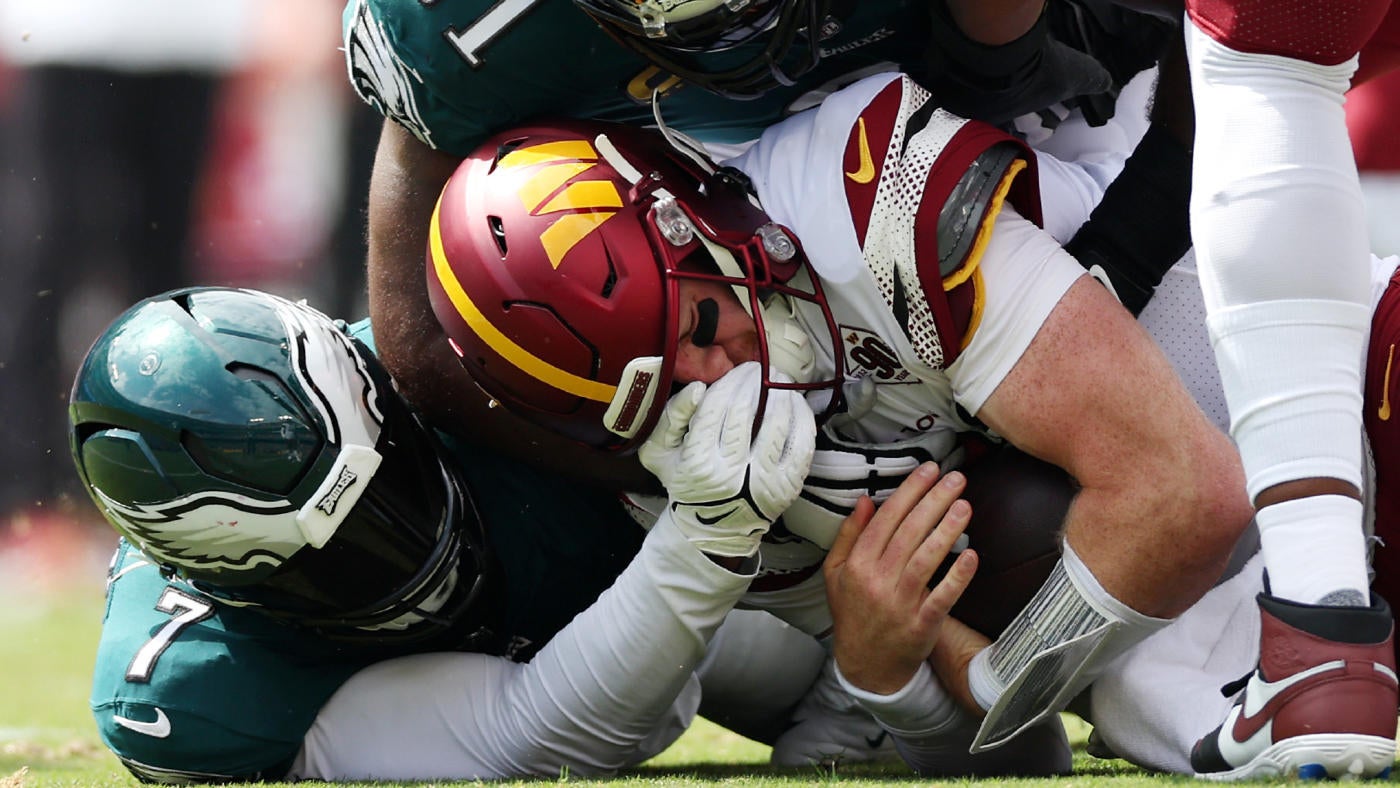 Welcome to the Monday edition of the Pick Six newsletter!

I wasn’t planning on talking about butts today, but I have no choice since history was made on Sunday with the NFL’s first-ever butt-punt safety. If you didn’t see the butt-punt or don’t know what a butt-punt is, don’t worry, because we’ll be talking about it in today’s newsletter.

Week 3 was absolutely crazy and I know that because the butt-punt wasn’t even the most bizarre play of the day thanks to the fact that Jimmy Garoppolo exists. The 49ers QB gave the Broncos two free points when he safetied himself on Monday night. We’ll also be talking about that, and you know what, it seems like we have a lot to talk about, so let’s get to the rundown.

It’s Monday, which can only mean one thing: I stayed up until 3 a.m. last night recording a podcast with Will Brinson and Ryan Wilson that touched on everything you need to know about Week 3, and let me just say, it’s probably for the best that you listen. We covered all 14 games from Sunday, which means we likely spent some time talking about your favorite team.

One thing we do every week is hand out our weekly winners and losers from Sunday’s action. Here’s a look at who made our list.

Not only did we list our winners and losers, but we also recapped every game from Sunday. To listen to today’s episode, be sure to click here. You can also watch the entire episode on YouTube by clicking here.

Hopefully we won’t need to have an injury roundup every week, but there were so many injuries around the NFL over the weekend that we definitely needed one for today.

Here’s a look at the biggest injuries from Week 3:

There’s one more Week 3 game being played tonight and although Dak Prescott won’t be on the field for the Cowboys, the team is apparently still hoping that he can be ready to play by Week 5.

Every week I team up with six of my colleagues here at CBSSports.com to hand out grades, and this week, the Colts got a ‘D’ on their report card for their meltdown against the Colts.

Here’s a look at the grades from two notable games that were played Sunday:

As for the other 24 grades we handed out on Sunday, you can check those out by clicking here.

Every Sunday night, I get an email from our research department here at CBS Sports, and every Sunday, that email always includes some amazingly wild facts about the games that were just played.

With that in mind, here are 11 crazy facts about Week 3:

If you see any other fun facts, feel free to tweet them at me.

5. Monday preview: Prepping you for Cowboy at Giants

There are only three undefeated teams left in the NFL and the Giants are somehow one of them. If the Giants want to keep their unbeaten record, they’ll have to take down a Cowboys team that has beaten them in nine of the past 10 meetings between these two teams.

My good buddy Jared Dubin put our deep-dive preview for this game here at CBSSports.com, and here’s how he sees the game playing out:

You can get a full preview of the game from Dubin by clicking here.

If you’re thinking about betting on the game, Tyler Sullivan has put together a full gambling preview.

You can check out Sullivan’s full gambling preview by clicking here. Finally, if you’re wondering who we’re picking, here’s who we have tonight:

Over on our CBSSports.com picks page, our eight experts are split down the middle with four of them taking Dallas and four taking New York.

The NFL made some huge announcements over the past 24 hours and those announcements started on Sunday when the league revealed who would be handling the Super Bowl halftime show this year.

In another big announcement, the NFL has decided to totally revamp the Pro Bowl.

For more details on the Pro Bowl changes, be sure to click here.